U.S. opens up lead after Day 1 of Arnold Palmer Cup 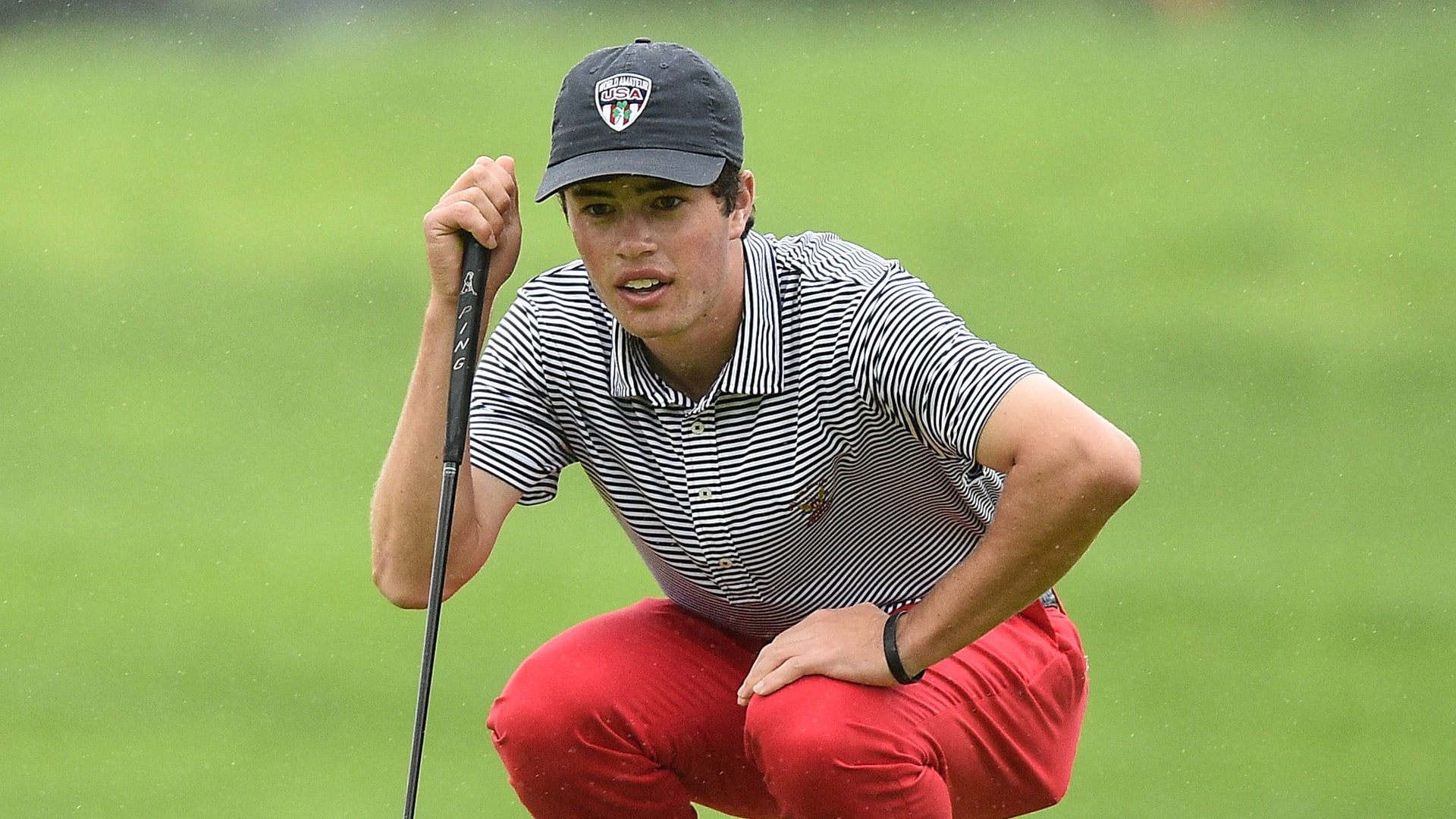 The U.S. opened up a four-point lead Friday at the Arnold Palmer Cup.

The Americans lead the International team, 8-4, after Friday’s mixed fourballs at The Alotian Club in Roland, Ark. Three of the last four matches of the 12-match opening session went to the U.S.

The anchor duo of Cole Hammer and Hailee Cooper, both from Texas, topped Jiwon Jeon and Keita Nakajima, 2 and 1. USC’s Jennifer Chang and Duke’s Alex Smalley, and UCLA’s Mariel Galdiano and Texas A&M’s Chandler Phillips each notched 4-and-3 victories while Vanderbilt’s John Augenstein and Wake Forest’s Emilia Migliaccio posted a 4-and-2 win.

Here are the complete results from Day 1: