U.S. have work to do in final Gold Cup tune-up 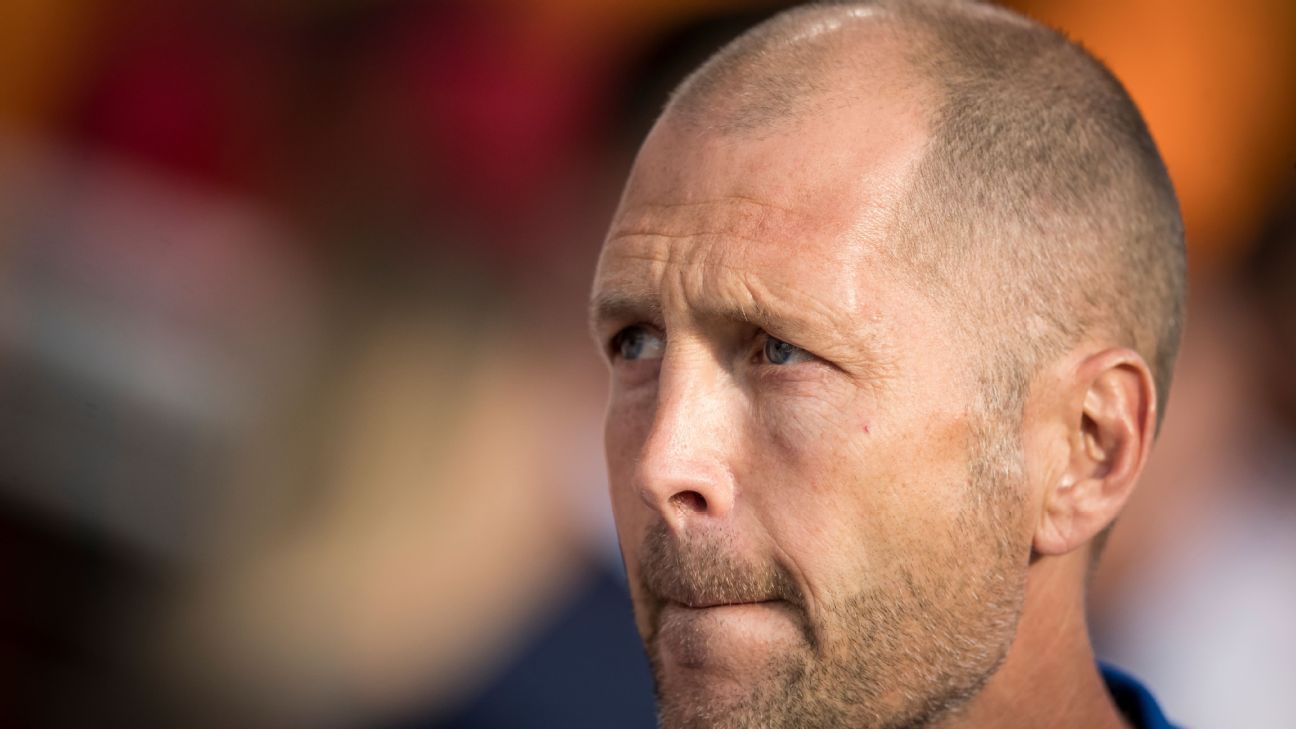 CINCINNATI, Ohio -- The final dress rehearsal for the Gold Cup has arrived for the U.S. men's national team as the U.S. takes on Venezuela this Sunday. The only problem is that a few understudies are still playing prominent roles in place of the headliners.

Christian Pulisic isn't available. Neither is Michael Bradley, while minutes for Jozy Altidore and newcomer Tyler Boyd will be limited to varying degrees. Tyler Adams won't join up with the team until June 11. All are expected to be ready to go when the Gold Cup begins for the U.S. on June 18 against Guyana, but it's a less-than-ideal scenario heading into a tournament in which the U.S. will attempt to reverse the negativity surrounding the program, which was ratcheted up again following last Wednesday's 1-0 loss to Jamaica.

For manager Gregg Berhalter, the priorities haven't changed. He's still in the process of imparting his system to the players, though it has been more difficult than it might appear in this camp given that players have been arriving at different times and in varying states of fitness. Yet with the start of the Gold Cup now a week and a half away, the team must move forward.

Against Jamaica, Berhalter experimented with both personnel and tactics, with little success, though he insists the data obtained will help the team down the road. The U.S. manager said his team's approach against Venezuela will be similar to what was on display in friendlies earlier this year. The team will likely go with a variant of 4-3-3, with Nick Lima the prime candidate to occupy the hybrid right-back/center midfield role.

"It will be a good opportunity to keep working through things, to create more offensive chances, to be stable in defense," Berhalter said. "The defensive stability last game was pretty good. We didn't let up any real goal opportunities. But we want to create more, so we'll see if we can put ourselves in position to create more goal-scoring opportunities."

Against the Reggae Boyz, the U.S. penetrated the attacking third easily enough, especially in the first half, but that didn't lead to many clear opportunities as the team managed just one shot on target. Getting a different result on Sunday will require playing with greater speed and precision.

"I think we're going to focus on wing progressions, how to get them more involved and behind the lines," defender Aaron Long told ESPN FC. "I think that's a big one for us right now."

Of course, that is by no means the only challenge. Venezuela, currently preparing for its own summer tournament at the 2019 Copa America (live on ESPN+, June 14-July 7) will pick its spots to press the U.S. team. The Americans were sloppy with the ball in the second half of the Jamaica game, with a turnover yielding Shamar Nicholson's winner. Long hinted that the U.S. will continue to try to do what it can to control the game.

"We're going to work on building out of the back as usual," Long said. "They have some good pressure, so that's going to be a good challenge for us, just circulating the ball and being a little more potent in the attack."

Berhalter added, "Any time you're in some high-pressure [situations], there's going to be some errors, and it's about staying calm, being brave, opening up, moving for each other and you can solve it."

Altidore will likely make his first international appearance since "That Night in Couva" and he continues to take plenty of flak from U.S. fans for what happened in that World Cup qualifier against Trinidad & Tobago. The reality is that Altidore remains the best forward in the U.S. pool, especially with his passing and hold-up play. The 2017 Gold Cup seems eons ago, but it was Altidore who scored in both the semifinal against Costa Rica and the final against Jamaica. Those goals not only helped the U.S. win the title but saw the oft-injured forward make a rare contribution in a tournament setting.

Berhalter will be counting on Altidore to be a difference-maker in this edition of the tournament, with Sunday's friendly the first match toward that goal.

"He's a guy that we have a lot of faith in," Berhalter said of Altidore. "He's a great addition to this group. I'm excited to see how he fits into everything we're doing."

Long is one member of the team who Berhalter said has returned to health. The New York Red Bulls defender was dealing with a hamstring injury but has been a full participant in training for the past week, and could see the field in place of either Omar Gonzalez or Matt Miazga. Whoever plays will certainly have his hands full with the likes of Atlanta United forward Josef Martinez and/or West Bromwich Albion striker Salomon Rondon.

The hope now is that with the Gold Cup looming and the roster now finalized, the U.S. can generate some momentum heading into the tournament.