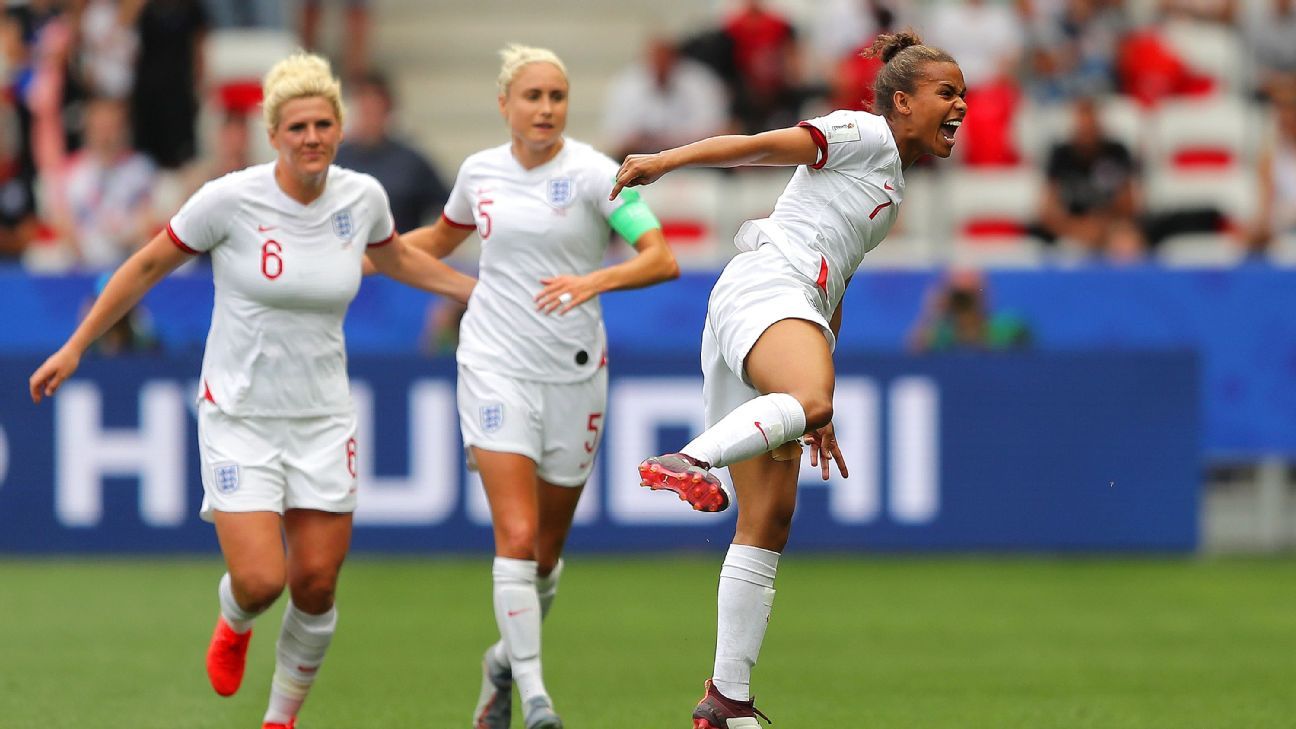 Phil Neville's team emerged as early leaders of a difficult Group D after a fine attacking display against the debutants at Stade de Nice, with 2015 World Cup runners-up Japan playing their first game, against Argentina, on Monday.

England went 1-0 ahead in the 14th minute when striker Parris fired her penalty past goalkeeper Lee Alexander after a Video Assistant Referee (VAR) review had confirmed that forward Fran Kirby's cross inside the box had hit defender Nicola Docherty's arm.

They continued to trouble the Scottish defence and doubled their lead through Birmingham City forward White, who collected the ball at the edge of the penalty area and beat Alexander with a curled effort from her left foot in the 40th minute.

Scotland pulled back a goal in the second half as former Manchester City forward Claire Emslie took advantage of a rare defensive error by England skipper Steph Houghton to slot the ball past goalkeeper Karen Bardsley with 11 minutes to go.

"I think at 2-0 in this heat we thought it was going to be easy in the second half. It's a lesson that every game in this World Cup is going to be difficult," Neville said.

"I was pleased with the result. The first game is always the most difficult but we set certain standards and the players know we need to keep meeting them... If we don't, we get second-half performances like we just got. We've got to be relentless now."

The only worry for England on the day was a shoulder injury suffered by experienced defender Millie Bright who had to be substituted shortly after she landed awkwardly following a challenge on Erin Cuthbert.

England meet Argentina in their next match at Le Havre on Friday while Shelley Kerr's Scotland take on world number seven Japan on the same day in Rennes.

"We know we need to win one game, it does not have to be the first game, even if it would have been nice," Kerr said.

"At a competition like the World Cup you need to scrutinise (yourselves) to the max; there were a lot of positives for us in the second half though."