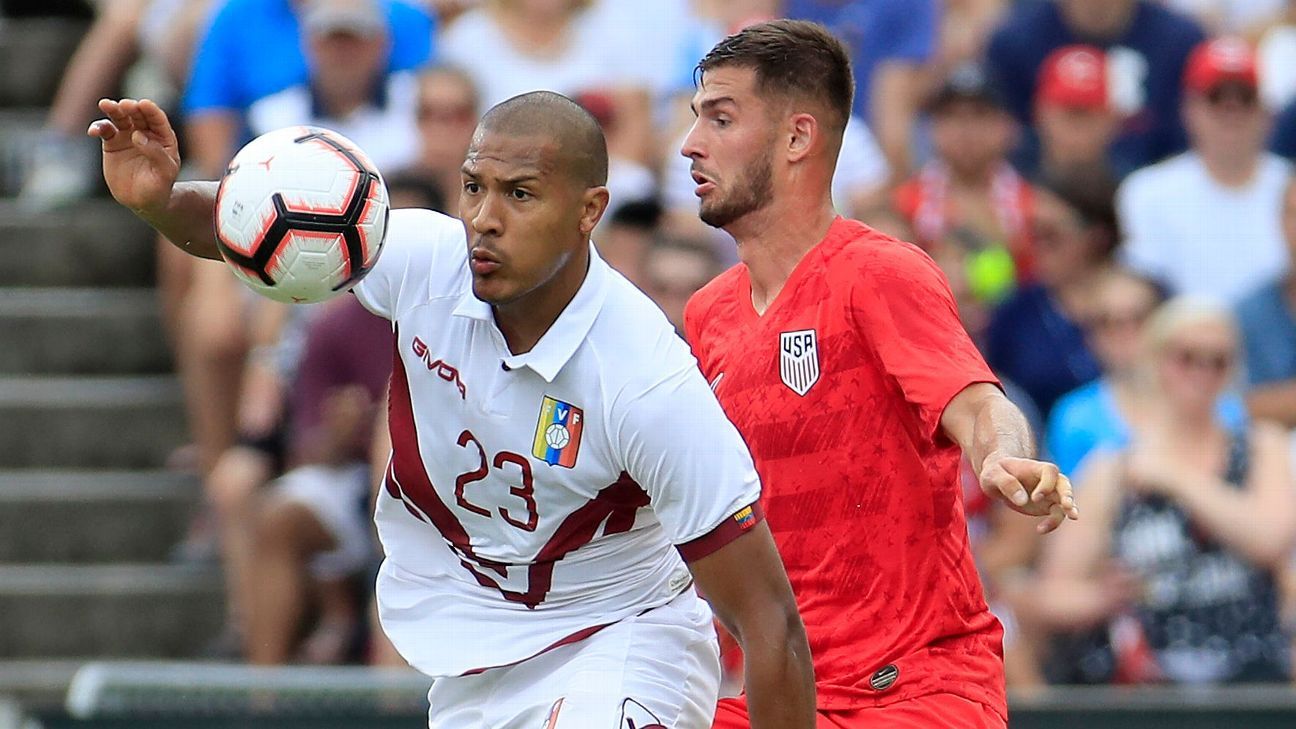 The U.S. men's national team will stumble into the CONCACAF Gold Cup after losing 3-0 to Venezuela in a friendly Sunday at Nippert Stadium in Cincinnati.

After losing 1-0 to Jamaica on Wednesday, the U.S. looked to rebound in its final tuneup before opening the tournament June 18 vs. Guyana in St. Paul, Minnesota.

Instead, the U.S. squad left the field at halftime to a smattering of boos after a 3-0 deficit on two goals by Salomon Rondon (16th and 36th minutes) and another from Jefferson Savarino (30th) to help Venezuela defeat the USMNT for the first time (1-3-2).

The win gives Venezuela a boost ahead of the Copa America, which kicks off in Brazil on Friday (watch all matches on ESPN+ in the U.S.).

While the U.S. was without mainstays Christian Pulisic, Michael Bradley and Tyler Adams, it had an early chance denied on a diving stop in the seventh minute by Wuilker Farinez on Weston McKennie's header from a Tyler Boyd corner kick.

An unforced error by goalkeeper Zack Steffen, who last week completed his transfer to Manchester City from the Columbus Crew, gifted Venezuela the 1-0 lead in front of 23,955 in the first USMNT match played in Cincinnati.

His outlet was intercepted by Yangel Herrera, who passed to Jhon Murillo. With Steffen and the defenders scrambling to protect the open net, Rondon had an easy goal. Steffen's gaffe was similar to a play he made vs. Jamaica that did not result in a goal.

Savarino made it 2-0 off a throw-in when U.S. defender Matt Miazga made a poor decision to leave Rondon unmarked for a flick header to Savarino, who converted his own rebound after his first shot hit the left post. Savarino plays for Real Salt Lake of MLS.

Farinez had back-to back saves on McKennie and Aaron Long in the 34th and 35th minutes to preserve the two-goal advantage.

Soon after, Rondon became Venezuela's all-time leading scorer (24) off the transition, turning Long around before firing a shot.

Farinez's fourth and final save came in the 80th on a shot by Paul Arriola.