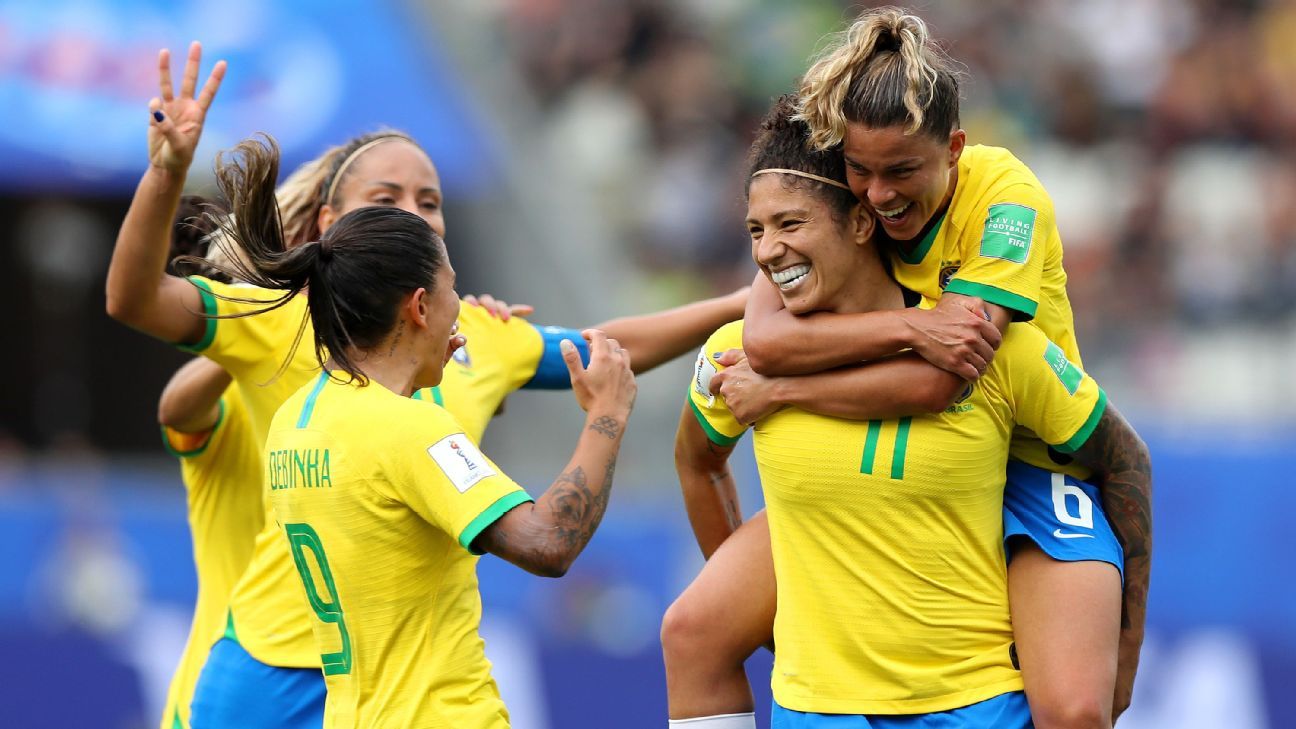 Brazil's Cristiane became the oldest player to score a hat-trick in the women's World Cup as the former finalists sealed a superb 3-0 victory over debutants Jamaica on Sunday to kick off their campaign in convincing fashion.

At 34 years and 25 days, Cristiane eclipsed the record of American Carli Lloyd who was 32 years and 355 days when she scored three times in a 5-2 win over Japan in the 2015 final.

Portugal's Cristiano Ronaldo holds the men's record, having scored three goals in a 3-3 draw with Spain in the 2018 World Cup in Russia at 33 years and 130 days.

Victory at Stade des Alpes in Grenoble meant Vadao's Brazil maintained their perfect record in World Cup openers and also snapped a run of nine straight defeats in the lead-up to the tournament since a 2-1 win over Japan last July.

Cristiane, starting in place of fellow forward Marta who was ruled out of the game with a thigh problem, gave Brazil the lead in the 15th minute by meeting Barcelona midfielder Andressa's cross from the left with a header past Sydney Schneider.

The South Americans continued to create chances and could have doubled their lead after earning a penalty for handball by Jamaica defender Allyson Swaby, but Schneider saved Andressa's tame effort on goal seven minutes before the break.

Cristiane tucked in her second goal from a tight angle following the restart as Andressa provided the assist again, before she completed her hat-trick with a powerful freekick that rattled the underside of the crossbar and landed in.

It was the first hat-trick for Brazil in the women's World Cup since Sissi and Pretinha scored three goals each in a 7-1 thrashing of Mexico in 1999.

Brazil, who are aiming to surpass their best-ever finish in 2007 when they were beaten by Germany in the title clash, take on Australia in Montpellier in their next Group C contest on Thursday. Jamaica play Italy in Reims on Friday.