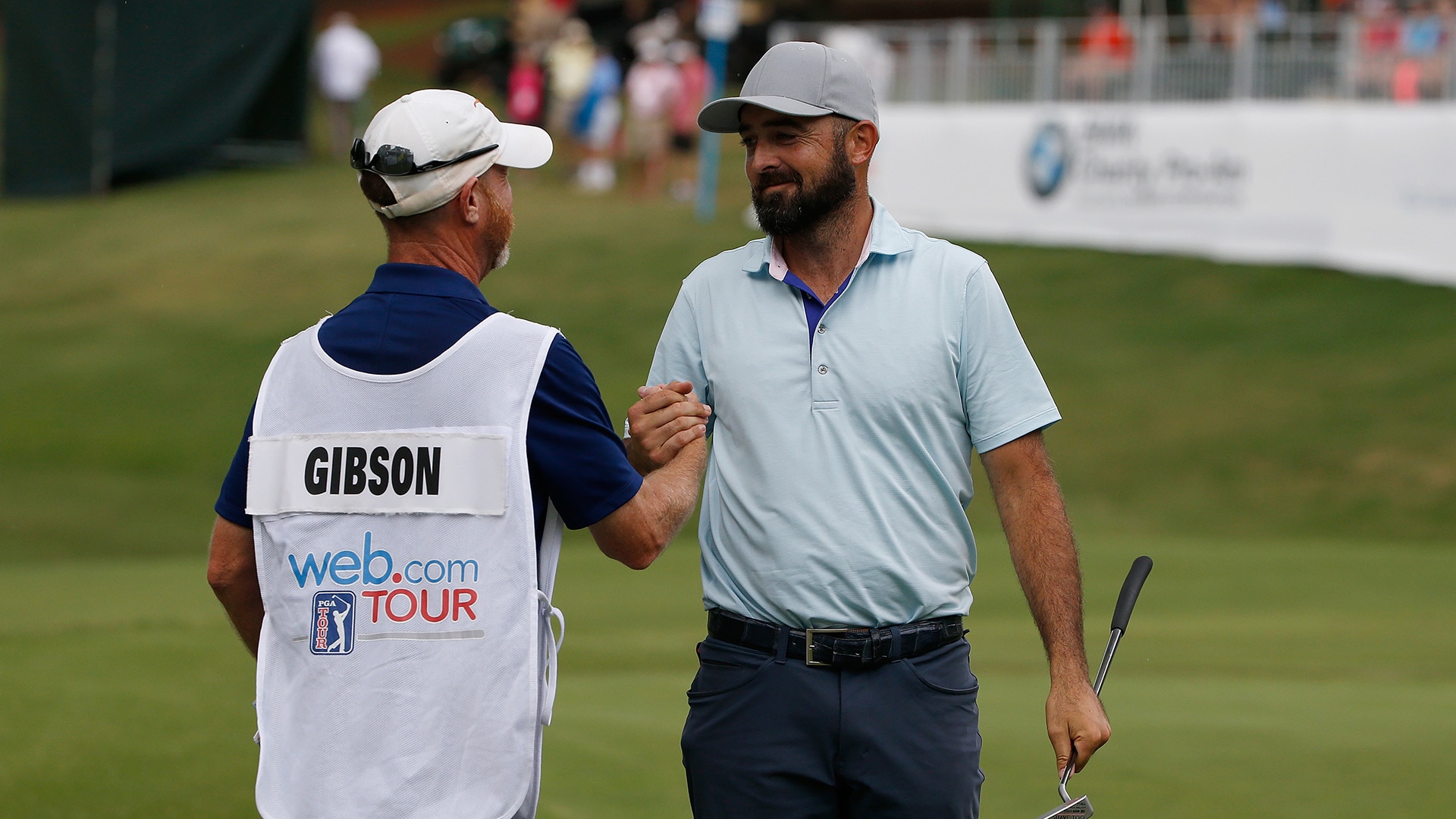 Rhein Gibson fired an 8-under 63 Sunday to win the shortened BMW Charity Pro-Am for his first career Web.com Tour victory.

Gibson, a 33-year-old Australian, carded six birdies and an eagle at Thornblade Club to finish at 21 under, three shots clear of Michael Miller, as the tournament was reduced to 54 holes because of weather for the second time in three years.

Gibson, who entered the week with three top-10s, moved to No. 7 on the money list as he attempts to re-earn a PGA Tour card. Before Sunday, Gibson was likely best known for shooting a 16-under 55 at River Oaks Golf Club in Edmond, Okla., in 2012. The round set a Guinness World Record that still stands.

“That (55) was very sweet, don't get me wrong, but I don't want to be known just for the 55,” Gibson told the Greenville News. “It was good to validate that with a good win today, and especially on television. I know what I've been doing is correct and I'm glad to see it pay off.”

Brian Campbell, Jonathan Randolph and Kristoffer Ventura tied for third at 16 under.