U.S. in disarray ahead of Gold Cup 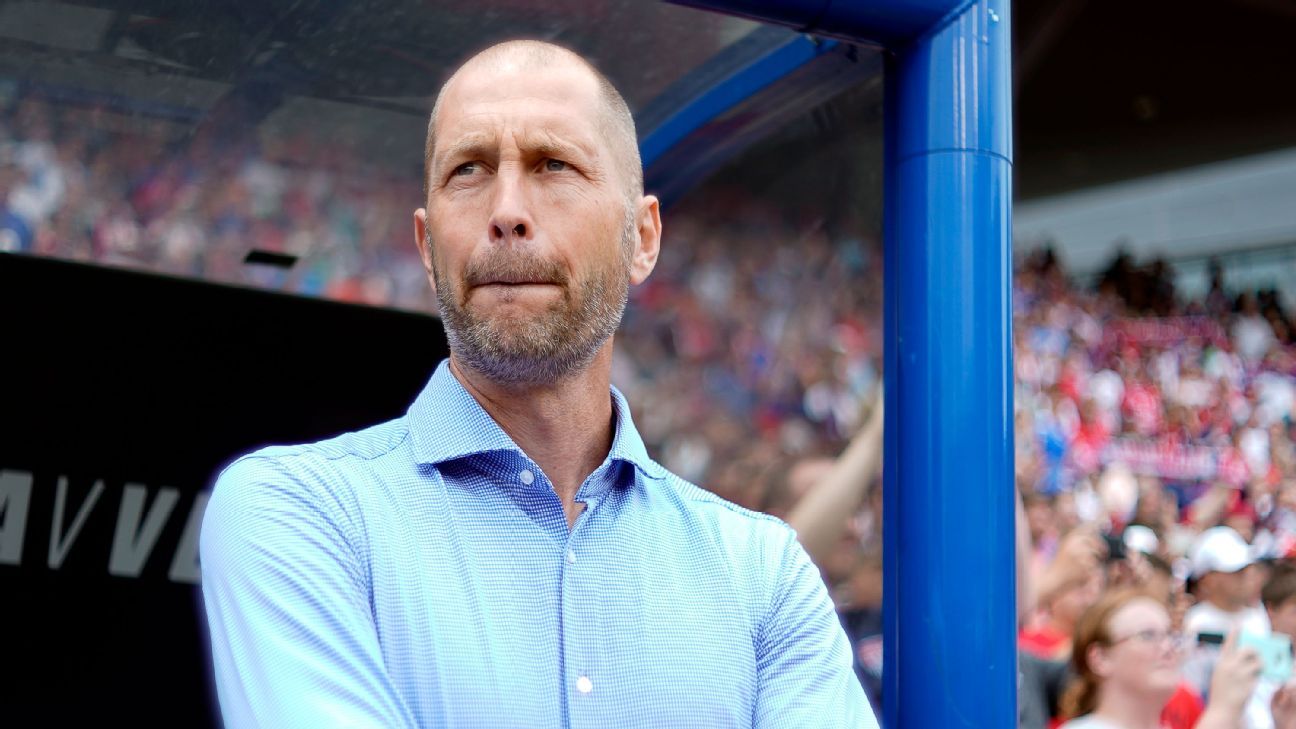 CINCINNATI -- After the U.S. men's national team lost 1-0 to Jamaica last Wednesday, it didn't seem as if things could get much worse for the Americans.

The U.S. was absolutely hammered 3-0 -- on home turf no less -- against a Venezuela side that gratefully accepted all the gifts the Americans gave them. And to be clear, the U.S. was in giving mood. There was the horrible pass from goalkeeper Zack Steffen that set up the first of two goals from Salomon Rondon. Then there was Venezuela's second from a throw-in, with the U.S. defense seemingly set, that allowed Jefferson Savarino to fire a shot off the post and then score himself on the rebound. Finally, a simple long ball found Rondon in space, isolated against Aaron Long, before the West Brom forward carved out enough space to hammer a shot past a helpless Steffen.

Yes, Jhon Murillo looked to be offside in the run-up to Rondon's first but bad calls happen, especially when there is no VAR on hand, as was the case in this friendly. The fact that Christian Pulisic, Tyler Adams and Michael Bradley were all missing didn't help either, but the U.S. cannot hide behind excuses such as this. In moments of adversity a national team must come together, collect itself, and find a way to get back in the game. Instead the U.S. crumbled here.

When the half mercifully reached its end, boos could be heard from the Nippert Stadium crowd. Midfielder Wil Trapp didn't blame the fans.

- When is the CONCACAF Gold Cup?

Manager Gregg Berhalter tried to project an air of composure after the match, though given the nature of the defeat his words didn't inspire much confidence.

"I think we need to be calm. I think we need to look at the game, look at what we need to improve on, and then set out to do it," Berhalter said. "It's really tough after a result like this and start making excuses. I don't really want to do that. But what I'd say is we're still getting guys where they need to be, and we're not there yet, and that's pretty clear. So we're going to keep working on it."

So now Berhalter finds himself in something of quandary heading into the Gold Cup. Does he persist with the same tactics and personnel? Have some players played themselves out of the lineup? These are questions that apply to almost every part of the field. I say almost because Jozy Altidore, after coming on at halftime, gave the team a spark with his movement, link-up play, and being an overall attacking presence in the final third.

Everywhere else there appear to be problems. The midfield lacked bite overall, and seemed incapable of doing anything to stop Venezuela's attacks. At the other end of the pitch, the chances the U.S. did create were squandered fairly easily.

Most sobering of all is the frailty of a defense that had been among the more stable parts of the U.S. team since Berhalter took over. On this day it had all the tensile strength of papier-mache. The three goals in that first half were more than the U.S. had conceded in the five previous games combined under Berhalter.

There were several reasons as to why. The team's press wasn't cohesive and communication was lacking. Certainly Long looked as if he were shaking off some considerable rust after having not played for the last month because of an injury, but Berhalter defended his decision to put the New York Red Bulls defender on the field.

"We need to get Aaron where he needs to be. We need to get him fit," Berhalter said. "So the question is: Do we not play him? Do we not give him this game routine because we're worried he can fail the challenge? Or do we know where we need to go and because of that he plays. To me it was clear. I needed to play. He needs fitness. Forty-five minutes was enough. He came out injury-free, which was positive. And then we build."

Despite the result, Berhalter is determined to stay the course.

"The guys worked hard. They gave what they had. They came up short," he said. "And it doesn't mean that we're going to scrap all the plans. We're always evaluating, we're always seeing how effective we can be, and where we need to improve. And we're just going to continue that process."

When the likes of Pulisic, Adams, Bradley and Altidore return to full fitness, the U.S. will no doubt be a better and more dangerous side. But even then, there are questions. Can Berhalter afford not to have Adams play in the center of midfield? The U.S. manager wants Adams' aggression, but also the passing ability of either Bradley or Trapp. But can either provide the defensive presence needed on their own? The answer, particularly in Trapp's case, seems to be no. That is in part why Adams has been put in the hybrid right back/center midfield role. The issue becomes exacerbated when the team isn't on the same page with its press, as was the case Sunday against Venezuela.

"When we were in good shape, sliding side to side, they weren't able to really break us down," Trapp said. "As soon as we allowed ourselves to get stretched, they found balls forward, second balls, and could create chances."

Another question is whether the U.S. has the personnel to play out of the back. It's easy to dismiss Steffen's mistake as a one-off, but he made a similar error against Jamaica, although that one went unpunished. And what of the U.S. team's ability to score goals? The Americans probably will have no problems doing that against Guyana, but what about the more difficult games that will follow?

Then there is the troubling matter of the team's competitiveness. This is an issue that Berhalter brought up after both of the recent friendlies. That used to be a calling card of the USMNT. Now it seems to come and go like the wind.

It's as if there are too many balls in the air right now for Berhalter to juggle.

The team did what it could to put a positive light on what transpired.

"The games showed us what we need to work on, that's a good thing," Steffen said. He later added, "It's all up here, it's all mental. It's really just about everyone buying into that system."

Trapp added, "From the midst of adversity, we have to respond and build character, and that's what it's about. Are we happy with the results? Absolutely not. Are the fans happy? Absolutely not. But all we can control is getting on the field, training, and having time together to work through these things."

Is there enough time to do that? It seems unlikely, but Berhalter & Co. have nine days to figure it out.

More in this category: « Ramsey has played last Arsenal match - Emery Sources: United may have to pay £60m for Wan-Bissaka »
back to top