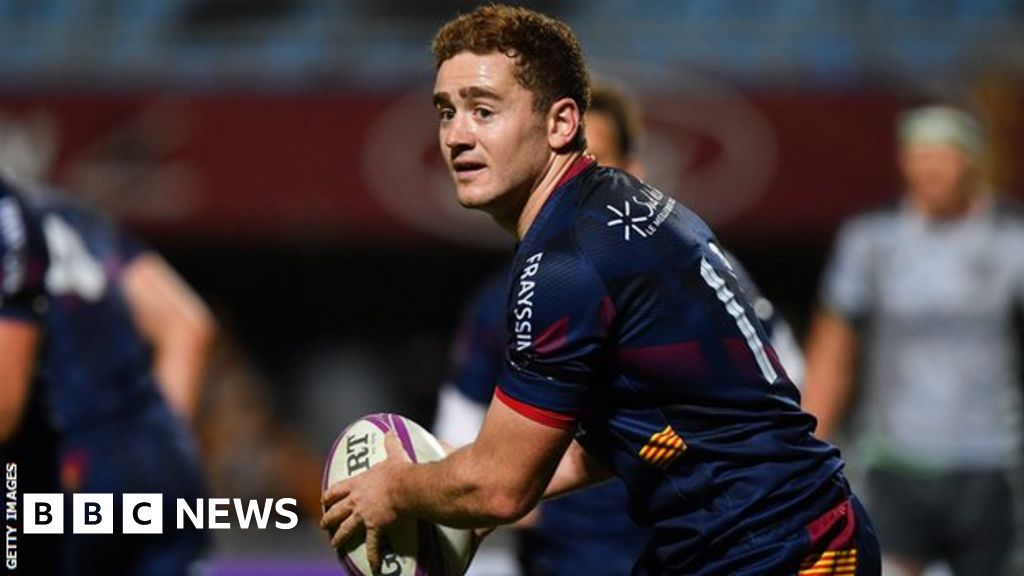 A major sponsor is to voice concerns to rugby club London Irish over the signing of former Ulster and Ireland fly-half Paddy Jackson.

Diageo, which owns Guinness and is the team's main sponsor, said his signing was "not consistent with our values".

Jackson was found not guilty of rape last year, but had his contract revoked by the Irish Rugby Football Union (IRFU).

London Irish confirmed they are in "ongoing dialogue" with sponsors.

A spokesman for Diageo said: "We are meeting the club this week to discuss our serious concerns regarding their decision, which is not consistent with our values."

A spokesperson later said the company was "committed to the highest possible standards" and there was "a series of reasons" for cancellation.

London Irish said the decision to part ways with Cash Converters was unrelated to the signing of Jackson.

In a statement, London Irish said: "London Irish's management were aware that Diageo would be releasing a statement regarding the meeting scheduled for this week.

"There has been ongoing dialogue with all of our sponsors regarding the Paddy Jackson signing, as part of our continued commitment to work closely with all of our partners."

The IRFU's decision to revoke Mr Jackson's contract was linked to social media and text messages revealed in the rape trial last April.

In a statement after the trial, the rugby player said he would "always regret" the events of that night and apologised "unreservedly" for messages he sent in the aftermath.

He is due to join London Irish from Perpignan where he played in the Top14.

His former Ulster coach Les Kiss and Ireland coach Declan Kidney are in charge at the English club.

The player was given his Ireland debut by Declan Kidney in 2013 and went on to win 25 international caps before his high-profile court case.

Following the court case, then Ulster Rugby chief executive Shane Logan said he "could not envisage" him playing for Ulster or Ireland again.

However, IRFU performance director David Nucifora said last June that he would not rule out him playing for Ireland in the future.