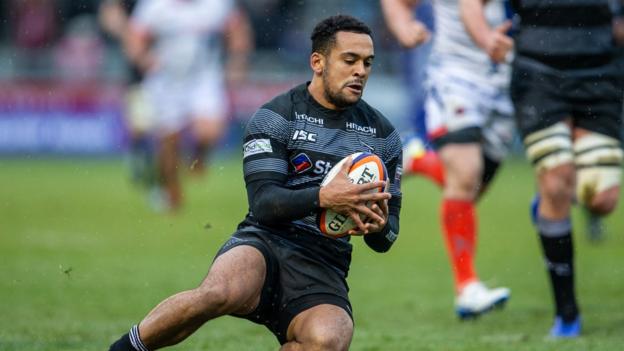 The 24-year-old, who has represented England at Under-20 level, is the club's 11th signing for next season.

Wasps director of rugby Dai Young said bringing in Kibirige was "simply too good an opportunity to miss".

He told the club's website: "Zach has lightning speed and power and has proven himself at the top level so I have no doubt he will add some real firepower to our flanks."

Details of Kibirige's contract have not been disclosed

His arrival at the Ricoh Arena follows the signing of fellow winger Paul Odogwu from Sale Sharks last week.