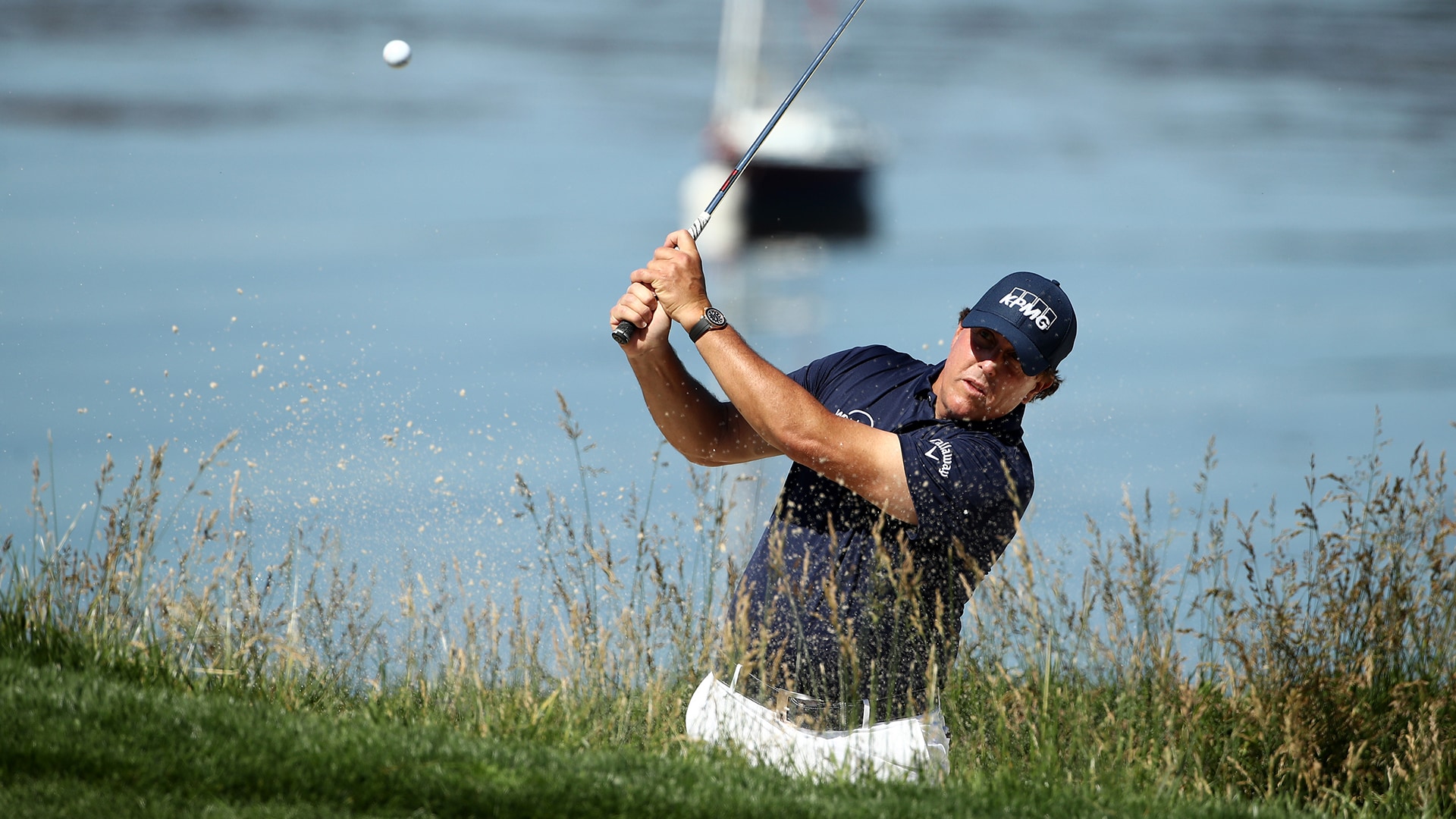 Mickelson will make his fifth attempt to snag the fourth and final leg this week at the U.S. Open, having finished no better than a T-28 at Pinehurst in 2014 since closing out the career Grand Slam has been on the table. Last year’s T-48 finish at Shinnecock Hills was merely a footnote to the larger story, as Lefty ignited weeks’ worth of controversy when he purposefully hit a moving ball on the 13th green during the third round and was penalized but not disqualified.

Mickelson has finished runner-up at this event a record six times, most recently in 2013, and it was here at Pebble Beach that he made his professional debut en route to a missed cut at the 1992 U.S. Open. His record at Pebble during the PGA Tour’s annual AT&T event is much more decorated, having won the tournament five times including earlier this year.

Renewing the chase for the title that has most eluded him, Mickelson played the front nine in a Tuesday practice session that also included former Arizona State products Jon Rahm and Chun An-Yu, as well as Australian Brett Drewitt. While Mickelson is known for his competitive Tuesday practice sessions, this was a more laid-back affair that featured multiple shots from some tees and fairways and plenty of chipping practice from the thick rough around the greens.

Mickelson is not scheduled to hold a formal pre-tournament interview, and he declined an interview request after completing his practice round. He tees off at 11:13 a.m. ET Thursday alongside two men who have both lifted the trophy he covets the most, Dustin Johnson and Graeme McDowell.

Mickelson turns 49 on Sunday and would likely love nothing more than to celebrate with a sixth major title. In addition to his missed cut in 1992, he also finished T-16 at Pebble in 2000 and tied for fourth in 2010.