Closer look at the 15 amateurs competing in U.S. Open 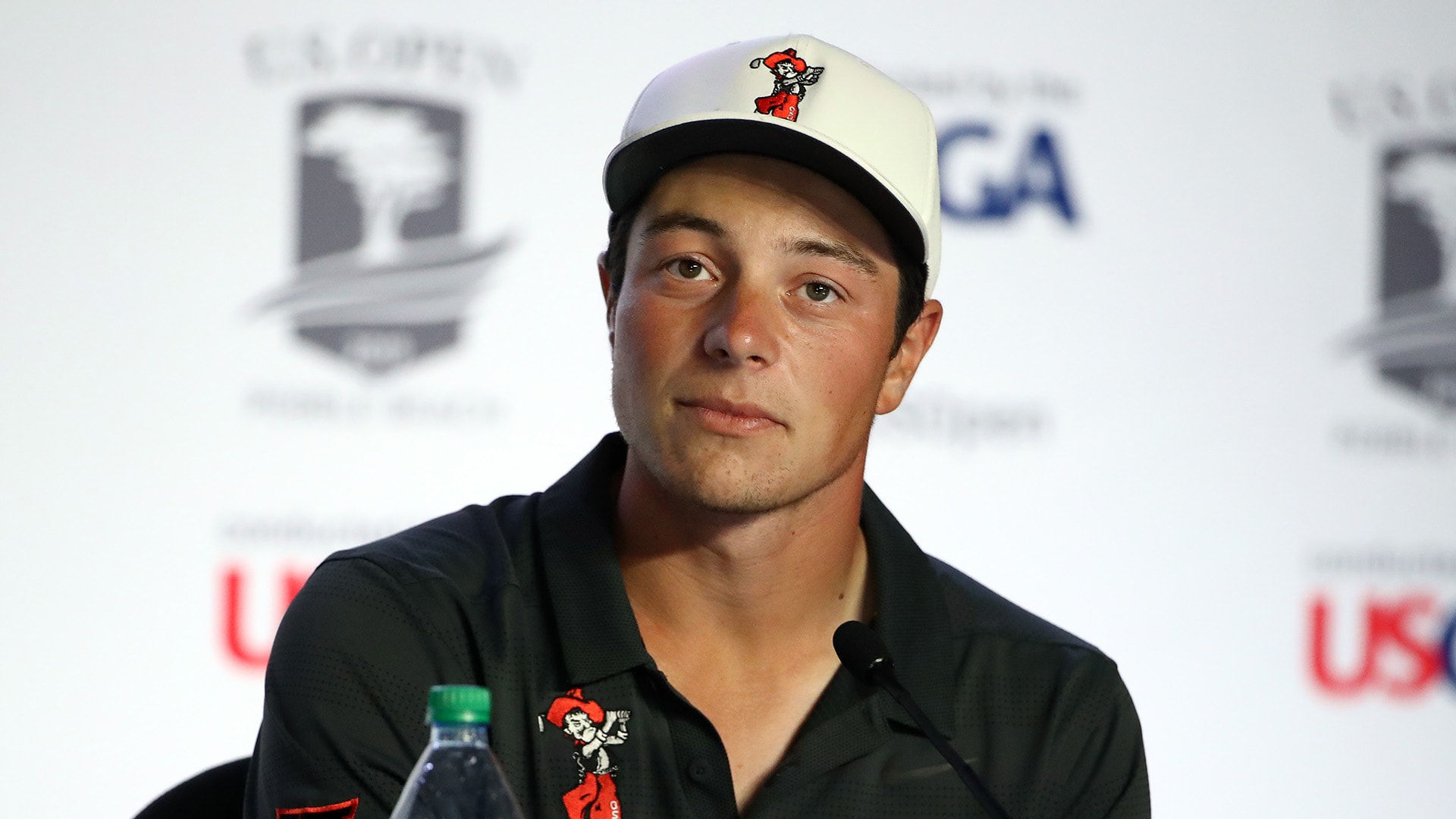 Fifteen amateurs will tee it up in the 119th U.S. Open at Pebble Beach, including Viktor Hovland and Stewart Hagestad. Here is a closer look at each of them (all tee times local):

How he qualified: U.S. Amateur runner-up

Bling, who lost to Viktor Hovland, 6 and 5, in last summer’s U.S. Amateur final at Pebble Beach, makes his second major start this year. He finished 55th at the Masters. When Bling was 13 years old, his mother, Sara, died from a stroke at age 44.

Eaton is making his first start in a pro event. He was an All-ACC selection last season. His parents both also played college golf, his mom at Iowa State and dad at Texas-Arlington.

Eckroat posted six top-10s, including one victory, during his sophomore season. He went 2-0 in match play this year at the NCAA Championship. This will be his first pro start. He has Oklahoma State assistant coach Donnie Darr as his caddie this week. Darr is battling colorectal cancer.

Hagestad is playing in his third straight U.S. Open, the first amateur to do so since Jay Sigel in 1983-85. He missed cuts at Erin Hills and Shinnecock Hills. Hagestad won the 2016 U.S. Mid-Amateur and competed in the 2017 Walker Cup. He was the low amateur at the 2017 Masters, tying for 36th.

Led the U.S. Amateur last summer after one round of stroke play. Lost in the second round of match play at Pebble Beach. He won the New Zealand Amateur in 2015 and ’17.

How he qualified: U.S. Amateur champion

Hovland earned his ticket to the U.S. Open by beating Devon Bling, 6 and 5, in the U.S. Amateur final at Pebble Beach. He is coming off being the low amateur at the Masters, where he tied for 32nd. He also tied for 40th at the Arnold Palmer Invitational. He won the Ben Hogan Award this year and won three times as a sophomore at Oklahoma State, which advanced to the NCAA semifinals last month. He plans to turn pro next week at the Travelers Championship and will be four straight weeks on Tour. He is grouped with Brooks Koepka and Francesco Molinari for the first two rounds at Pebble. He has Oklahoma State head coach Alan Bratton on the bag.

Norton had three top-10s last season as a sophomore for the Yellow Jackets. He is a two-time All-ACC selection. He is making his first pro start.

How he qualified: U.S. Mid-Amateur champion

O’Connell beat Brett Boner, 4 and 3, in the 2018 U.S. Mid-Amateur final at Charlotte Country Club to earn his U.S. Open ticket. He missed the cut at the Masters. He turned pro after college but regain his amateur status after failing to get through Q-School several times. He was the 2008 ACC Freshman of the Year.

Parziale, the 2017 U.S. Mid-Amateur champion, was co-low amateur with Luis Gagne at last year’s U.S. Open, where he was T-48. He works as a firefighter in Brockton. He played two years of pro golf on mini-tours before regaining his amateur status.

How he qualified: British Amateur champion

Rebula is coming off a junior season where he notched five top-10s, including winning the SEC Championship in a playoff. He won the 2018 British Amateur by beating Robin Dawson, 3 and 2. He missed cuts at last year’s Open Championship and this year’s Masters. His uncle is four-time major winner Ernie Els.

Thorbjornsen punched his ticket to Pebble Beach by beating Akshay Bhatia, 1 up, in the U.S. Junior final at Baltusrol. He attends IMG Academy in Bradenton, Fla. He is making his first pro start.

Tibbits was an honorable-mention All-Pac 12 selection last season as a sophomore. He won the Oregon State Junior Match Play and Junior Stroke Play in 2016.

Wu is coming off winning an NCAA team title last month. He went 3-0 in match play. He plans to remain amateur this summer for a chance to make the U.S. Walker Cup team. He won New England championships in golf and swimming at Deerfield (Mass.) Prep.

Young won three times as a senior last season at Wake. He medaled at the Purchase, N.Y., sectional. He won the 2017 New York State Open at Bethpage. His dad, David, is the head pro at Sleepy Hollow Country Club. His mom is on the bag this week.

Yu, also known as Kevin, was a first-team All-American as a junior for the Sun Devils last season. He won the Australian Master of the Amateurs last winter. He is coming off a third-place finish at the NCAA Championship.