Mayer Ready To Race In Front Of Hometown Crowd 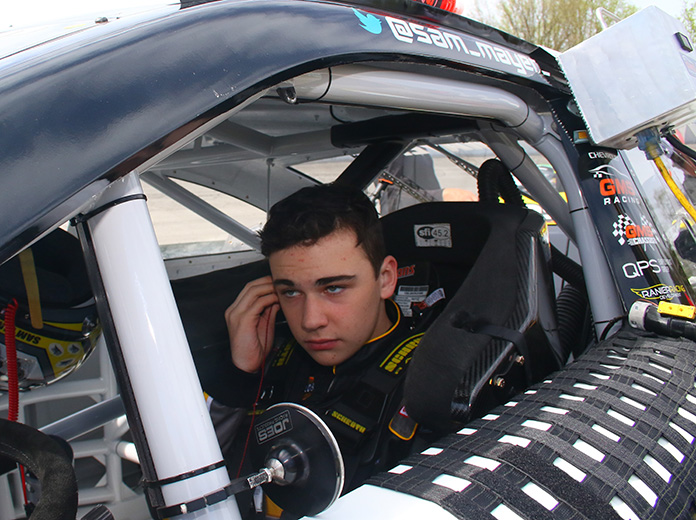 TOLEDO, Ohio – Everyone loves playing in front of the hometown crowd. It’s always a great feeling to perform in front of friends and family.

It didn’t seem like racing in front of the hometown crowd would be possible for Sam Mayer in 2019. The Franklin, Wis., native has been splitting his time between the NASCAR K&N Pro Series East and the ARCA Menards Series in 2019, and the ARCA stop at nearby Madison Int’l Speedway wasn’t on his schedule.

But a schedule change in the K&N Pro Series opened up an extra weekend for Mayer and his GMS Racing team, and they decided to fill it with Friday night’s Shore Lunch 200, giving Mayer his chance to race in front of the Wisconsin faithful.

“Getting the chance to race at home is really cool,” Mayer said. “Having all my family and friends come out to watch and support me is going to be really exciting and I hope we can pull out a win for all of them.”

At just 15 years old, Mayer is following in some heady footsteps. Franklin, a suburb of Milwaukee, has been part of a hotbed of big-time stock car racers that was home to drivers like NASCAR Cup Series champion Alan Kulwicki and NASCAR Truck Series champion Ted Musgrave. Kulwicki hailed from nearby Greenfield, while Musgrave, originally from Illinois, relocated to Wisconsin just as his stock car career was taking off. Although he hadn’t been born yet when either of those two drivers were making their mark in NASCAR’s upper levels, Mayer has an appreciation for their accomplishments and he’s doing his best to follow their path to success.

“Knowing the roots of those drivers and how they started is really inspiring,” he said. “My goal is to get to the top level and be successful in that and I feel like Drivers Edge, Chevrolet and GMS can help me get there.”

Despite his age, Mayer has a record of success. He’s won feature races at places like the legendary Hickory Motor Speedway in North Carolina and won the K&N Pro Series race at Bristol Motor Speedway earlier in the season. He was a part of Dale Earnhardt, Jr.’s late model program in 2018 and transitioned to GMS Racing’s program in 2019. He’s still affiliated with Earnhardt through the Driver’s Edge Development program, and his ride with GMS Racing puts him with an organization that won the ARCA Menards Series title with Grant Enfinger in 2015 and the NASCAR Gander Outdoors Truck Series championship in 2016.

“Being with GMS Racing gives me the opportunity to run really, really well week in and week out,” he said. “We’ve had so much success this year and I’m really looking forward to what we have for the rest of the year.”