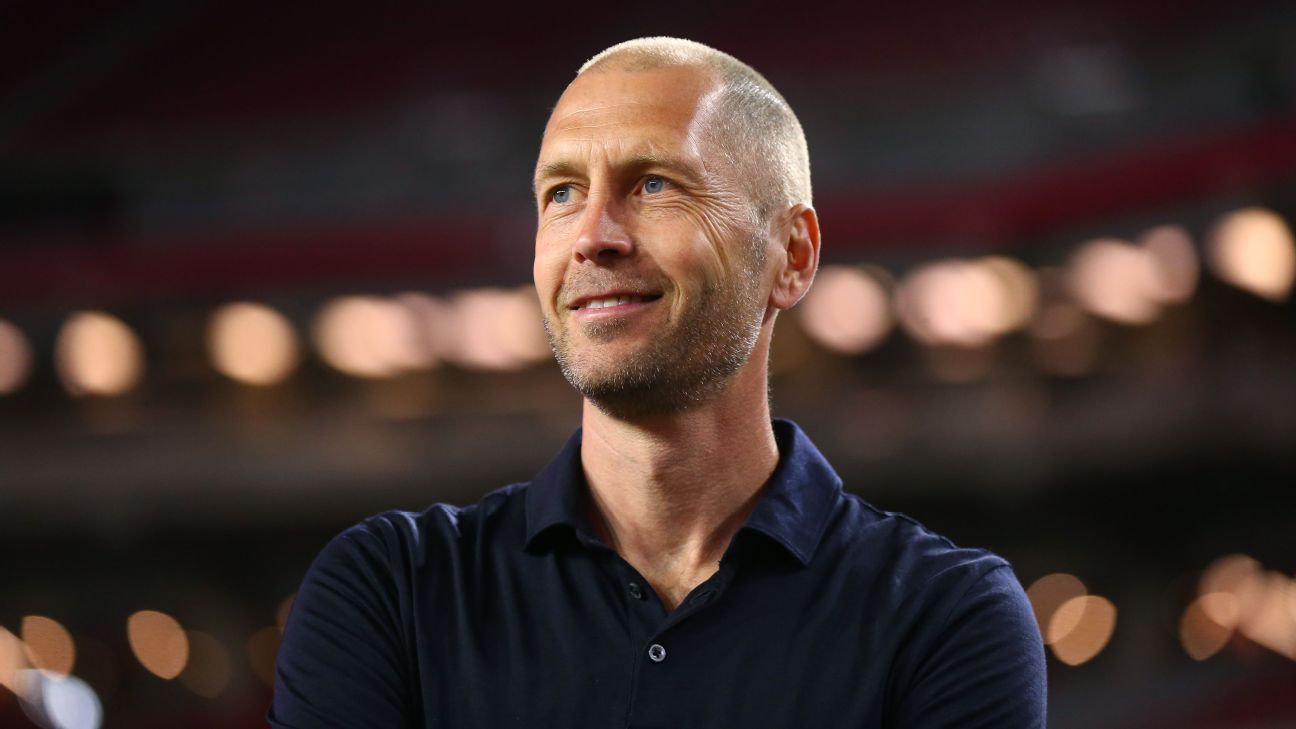 United States men's team manager Gregg Berhalter said his goal for his players is to continue learning his style and tactics ahead of the Gold Cup.

"It's about competing. It's about our tactics, It's about the way we play. It's about going through this process and learning together, because tournaments are a learning process for a group. So it's about those three things," Berhalter said in an exclusive interview with ESPN FC.

The 2019 Gold Cup begins on Saturday as Mexico takes on Cuba and the U.S. kick off their campaign to defend their crown next Tuesday with a game against Guyana in Saint Paul, Minnesota.

After beginning his tenure as U.S. boss with a four-game unbeaten streak, Berhalter has dropped two straight games -- a 1-0 loss to fellow Gold Cup participants Jamaica and a 3-0 defeat to Venezuela.

- When is the CONCACAF Gold Cup?
- Full Gold Cup fixtures schedule
- Carlisle: U.S. have many problems to solve before Gold Cup

Their biggest rivals, Mexico, are going into the tournament having won four straight under former Atlanta United boss Gerardo "Tata" Martino, all wins in friendlies over South American sides.

- Marshall: 'Tata' has Mexico firing on all cylinders

The Gold Cup is also the first time the U.S. will be playing competitive matches since being eliminated by Trinidad & Tobago at World Cup qualifying in November 2017.

Berhalter sees this new era as a clean slate for the program after failing to clinch a spot at the 2018 World Cup in Russia.

"I think what you have is a new opportunity. I think that guys understand that, listen, this is a new coach and it's a new opportunity for us to go in the direction that we want to go. I think that I don't see guys looking back in the past," Berhalter said. "One thing I will see is we're comfortable with what happened in the past. We're comfortable with making [seven straight World Cups].That's great history. That's our past also.

"I think when people talk about the past they get hung up with 2018, and that was a moment for us that wasn't great, but it was also a moment for us to learn. I think that's part of us, just as much as all those great triumphs are part of us also ...That's all part of who we are as a nation. It's important to embrace that. But if you're talking specifically about '17 and not qualifying, guys are ready to turn the page on that."

Berhalter took over in December after managing the Columbus Crew from 2013-2018. The former U.S. international defender played both in MLS and abroad with clubs in the Netherlands, England and Germany. He said MLS has significantly grown in the past five years.

"Think of the players [MLS has] sold in the last five years. Think of the young talents we've attracted to this league in the last five years," he said. "Think of the quality of players we have. My last year in the league [playing in 2011] think of the strikers in the league at the time. Now look at the strikers in the league. It's a different level. When you think about all the national team players we have, the younger talents we have, the transfer fees we're paying, but also the transfer fees that we're taking in is great. It was never like that."