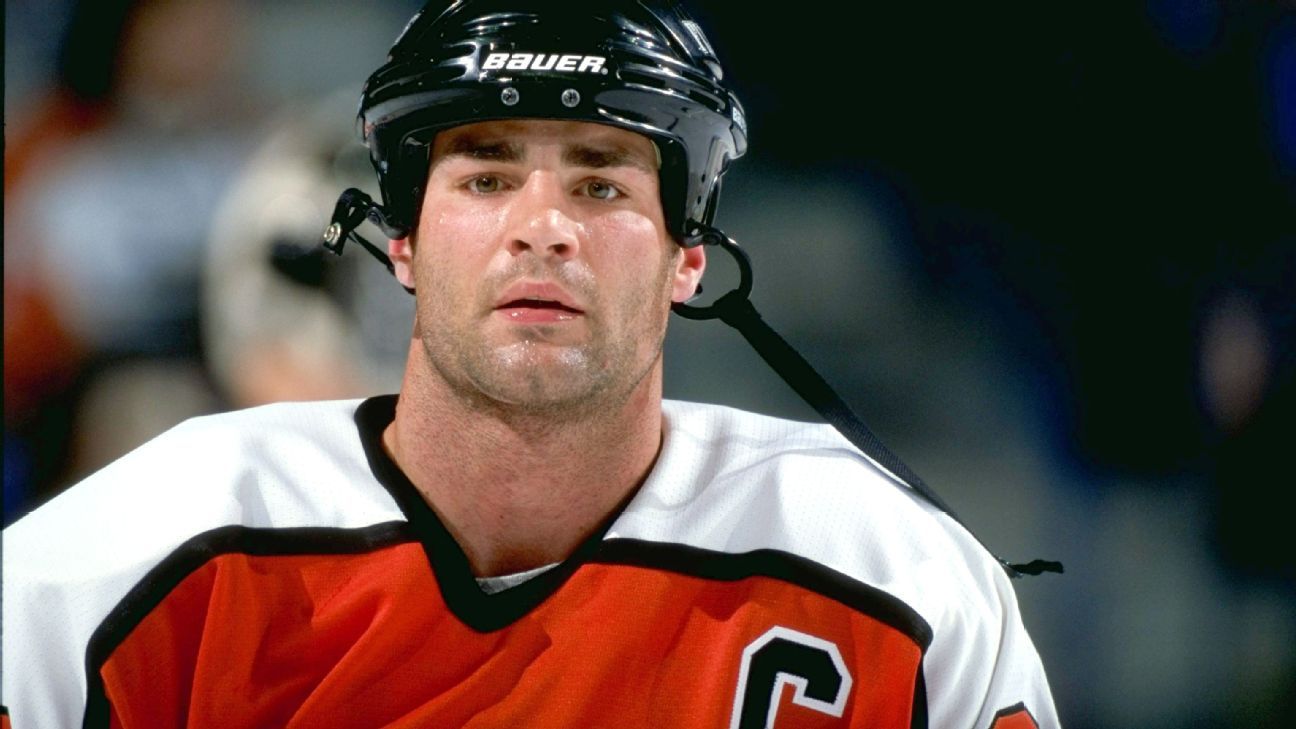 TORONTO -- Hockey Hall of Famer Eric Lindros is hoping a new campaign launched across Ontario will help amateur athletes, parents and coaches better identify the signs and symptoms of a concussion after his career was cut short by repeated blows to the head.

"You see anything that's off or someone's not feeling quite right, let's pull them (out of the game)," Lindros told The Canadian Press this week. "Let's not even question it."

The provincial government's ad campaign -- called "Hit. Stop. Sit." -- follows the passing of Rowan's Law, the first of its kind in Canada and set to take effect July 1. The law is named after Rowan Stringer, a youth rugby player who died in 2013 from second impact syndrome after suffering multiple concussions.

Rowan's Law establishes protocols for players to ensure they are taken out of action if a concussion is suspected, requires a review of awareness resources and outlines a code of conduct that sets out rules of behavior.

"We're here because Rowan pushed it," Lindros continued. "She had three concussions in six days -- that's an extreme case -- and she ended up dying. We don't want anything close to that happening."

A commercial featuring a female soccer player receiving repeated blows to the head before collapsing on the field has been shown at movie theaters across Ontario as part of the campaign. The spot made its TV debut during Monday's Game 5 of the NBA Finals.

Lindros, who was voted as one of the NHL's 100 greatest players in 2017, suffered at least five concussions during his dominant, injury-shortened career. A jarring Scott Stevens shoulder-to-head hit on Lindros in Game 7 of the 2000 Eastern Conference finals was legal at the time, and that came two years after Lindros took another devastating hit from Darius Kasparaitis.

Now a 46-year-old husband and father, Lindros said of that blow: "I got into the showers, and when you're in the visiting team's locker room, all the emblems on the towels have the home team's logo. I truly thought I got traded to Pittsburgh.

"I joke about it now. I thought I was getting a chance to play with Mario Lemieux, but that moment was bad ... it was bad."

Lindros, who doesn't want the threat of concussions to deter kids from playing sports, does favor a ban on all hits to the head across hockey -- including the NHL -- and the teaching of body contact at a much later age than the current standard.

NHL commissioner Gary Bettman has consistently questioned any direct link between multiple concussions and chronic traumatic encephalopathy (CTE), a brain condition associated with repeated blows to the head. CTE can only be diagnosed after death.

Lindros sighed when asked about Bettman's concussion and CTE comments.

"I don't understand how the NFL can change their tune and speak to CTE in a far different fashion now than in the past, and it not be acknowledged by our guys," he told CP. "There are some owners that really want to get ahead of this, get in front of it, support it, and maybe this will happen. I'd really like to think so."