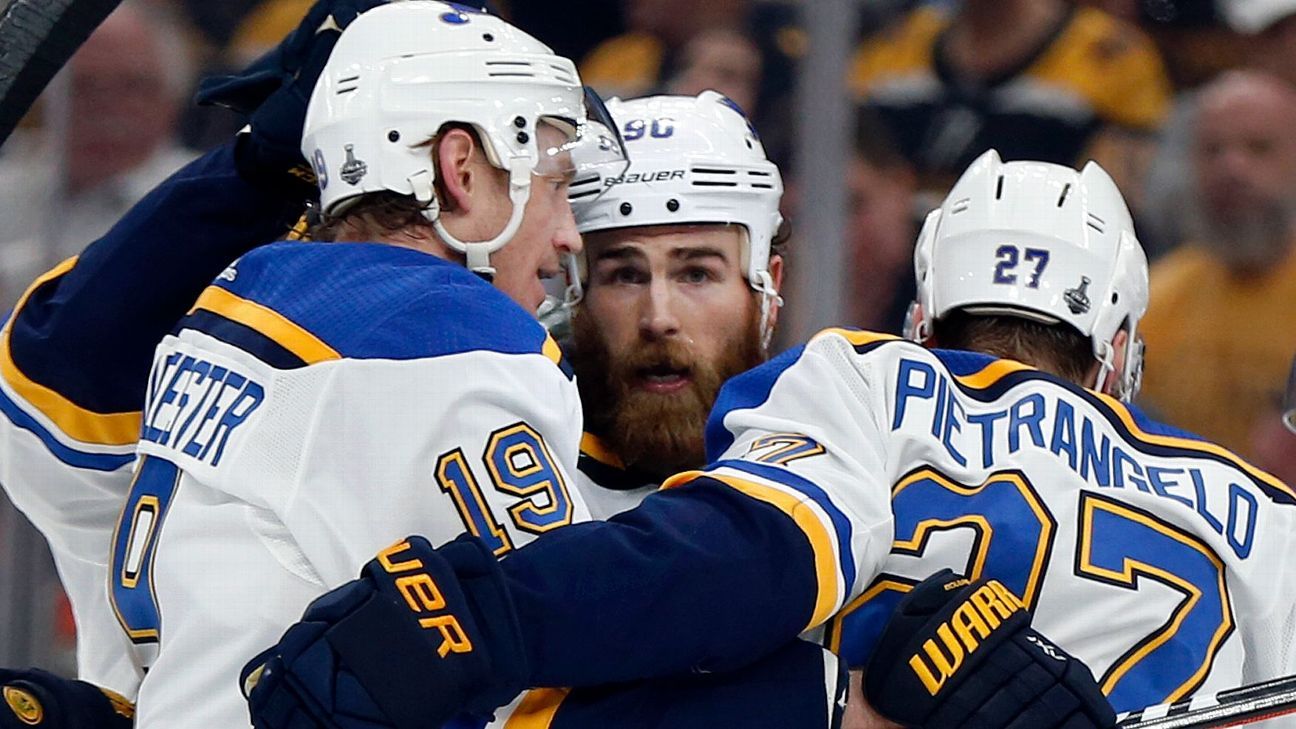 BOSTON -- In July, Ryan O'Reilly took a call from St. Louis Blues general manager Doug Armstrong. The Blues were going to acquire O'Reilly in a blockbuster trade with Buffalo.

O'Reilly made good on his word as the Blues won their first Stanley Cup with a 4-1 victory over the Boston Bruins in Game 7 on Wednesday night. The 28-year-old led the way with a franchise-record 23 playoff points to win the Conn Smythe Award for postseason MVP, including the opening goal Wednesday.

O'Reilly also became the first player since the New York Rangers' Mark Messier in 1994 to have a six-game points streak in a Stanley Cup Final.

But for O'Reilly, and the Blues, the journey was anything but easy. St. Louis stumbled through the first three months of the season and found itself in last place Jan. 2.

"We knew it was there, we knew we had the pieces," O'Reilly said. "But it was so educational for myself to see how tough it is and how hard we have to work and how even keel you have to be."

O'Reilly, a finalist for the Selke Trophy as the league's best defensive forward and the Lady Byng for sportsmanlike and gentlemanly conduct, was just OK for the first 18 games of the playoffs -- scoring three goals and adding eight assists.

He cracked a rib in the second-round series against Dallas. He got bumped in the ribs in the Western Conference finals against San Jose and said the injury affected him on faceoff draws.

But somehow in the Stanley Cup Final, O'Reilly turned it up to a new level, with five goals and four assists in seven games.

"There was a couple tough games," O'Reilly said of his ribs. "But once you kind of get going and the adrenaline takes over, I didn't notice it."

"I don't know what more there is to say about that guy," Blues defenseman Colton Parayko said. "He's meant so much to us ever since he joined the team."

O'Reilly joined Glenn Hall (1967-68) as the only players to win the Conn Smythe after finishing the previous season with a different team.

Coincidentally, Hall was the only Blues player to win the award before O'Reilly.

The Blues sent three three centers and two draft picks, including a 2019 first-rounder, to the Sabres to acquire O'Reilly. At the conclusion of the 2017-18 season in Buffalo, O'Reilly infamously said he "lost the love of the game multiple times" and was frustrated by the Sabres' culture of losing. Buffalo did not make the playoffs in any of his three seasons with the team.

Now, winning with the Blues, he said he was feeling much different emotions. He thought of his parents and "the hours and money they put into" his hockey career.

"I wouldn't be here, I wouldn't be in the NHL having this as a job if it wasn't for them and all this stuff that they put in," O'Reilly said. "I couldn't stop thanking them for putting their lives aside for us, for the kids, and doing whatever we needed to do. ... I can't thank them enough."

O'Reilly was also thinking of his 99-year-old grandmother, who watches him and emails him regularly from Seaforth, Ontario, where he grew up playing hockey. O'Reilly's grandma bought him multiple pairs of skates when he was a kid.

"She's one of my biggest supporters," O'Reilly said before the game. "I'm hoping I could bring the Cup to her."