Eberle re-signs with Islanders for 5 years 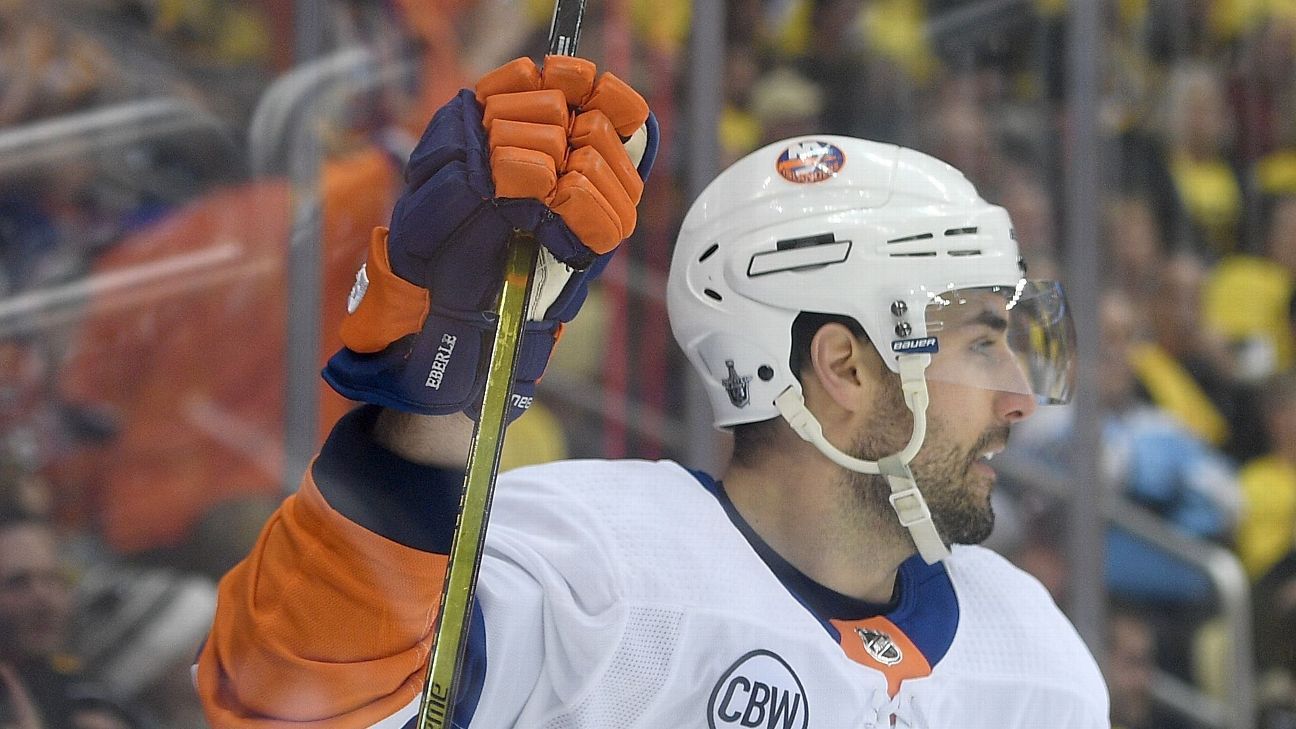 The New York Islanders have re-signed winger Jordan Eberle to a five-year contract before he could reach free agency next month, the team announced Friday.

Eberle's deal is worth $27.5 million and counts $5.5 million against the salary cap. Unlike former captain John Tavares, who left for Toronto last summer in free agency, Eberle decided to commit long term to the Islanders, much like teammate Brock Nelson did recently.

"I like the direction the Islanders are going," Eberle said. "From day one, my mindset was to try and get a deal done."

After re-signing Eberle and Nelson, general manager Lou Lamoriello still has captain Anders Lee and goaltender Robin Lehner as pending unrestricted free agents. Eberle said he talks to Lee but won't try to launch a full-out campaign for him to stick with New York.

"Ultimately it'll be up to his decision," Eberle said. "Anders is on his own path. No one can really blame him for taking his time or going to free agency. He's earned the right to that."

In 2018-19, Eberle had 19 goals and 18 assists in the final season of a six-year, $36 million contract he signed with the Edmonton Oilers. He added four goals and five assists in the postseason as New York reached the conference semifinals.

Eberle's best offensive season came in his second year in the league, when, as a 21-year-old Oiler, he scored 34 goals and added 42 assists. He hasn't equaled either number since. In his two seasons with the Islanders, he has 44 goals and 52 assists.