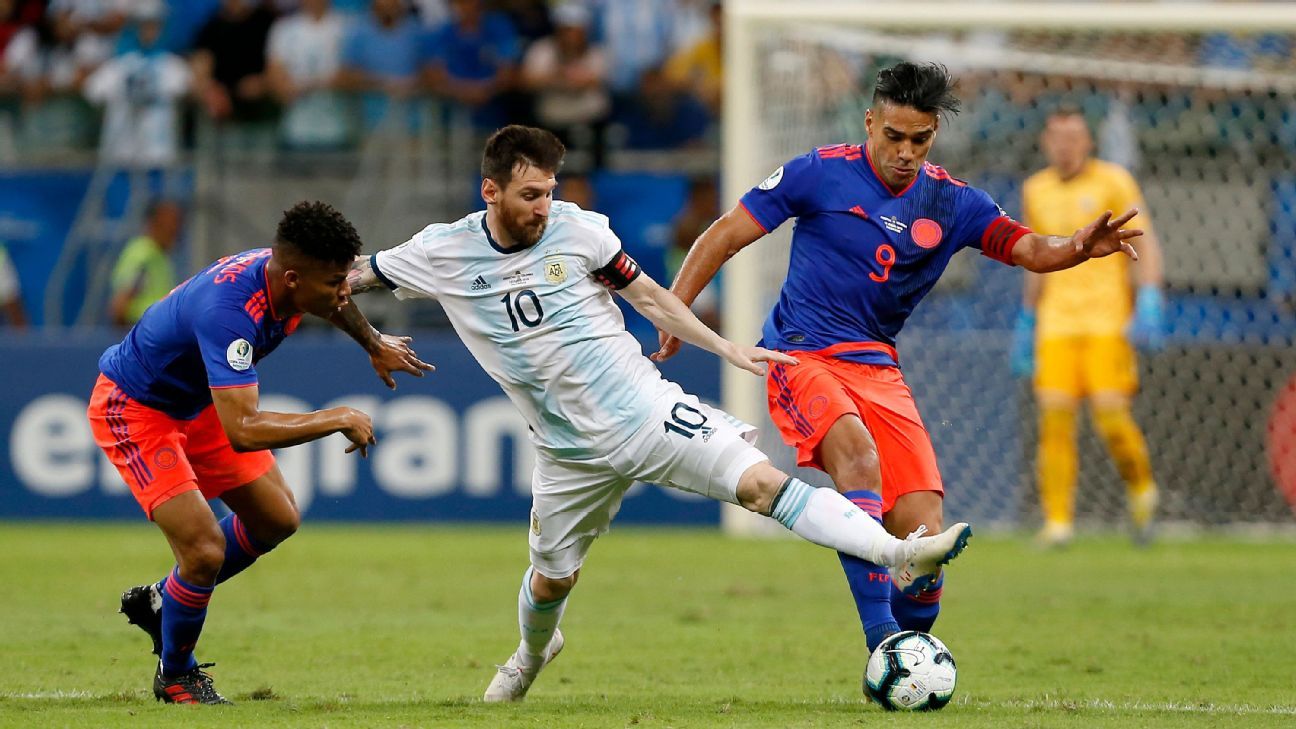 The World Cup is the culmination of a process. Teams have fought to be there. They are battle hardened and ready, clear about what they are trying to do.

The Copa America is the opposite. It is the start of a new process, kicking off a new cycle of competitive games. That is even more true about Brazil 2019. Qualification for the 2022 World Cup starts later than usual -- next March rather than this October. That has taken away some of the urgency of the current tournament -- seen most clearly in the case of Argentina, who have come with an inexperienced caretaker coach.

Lionel Scaloni took over after Russia 2018 with a clear idea in mind. He spoke of his belief in direct football, in rapid transitions rather than elaborate midfield passing moves. And in last year's friendlies he set up his side in accordance with this way of thinking. He fielded two wingers, and the midfielders were expected to deliver the ball quickly into wide spaces.

It was probably in Scaloni's favour that Lionel Messi was taking a break from the international game at the time. This is not a method of play made for Messi. Now he has returned -- and as Saturday's 2-0 defeat to Colombia made very clear -- Scaloni is caught between ideas.

The inclusion of Messi already robs Scaloni of one of his wingers, making it very hard to stretch the opposing defence and open up space. The other winger, Angel Di Maria, was unable to make any impact on the match because the ball never came his way. Occasionally Argentina tried to go long, with hopeful punts upfield predictably gobbled up by the giant Colombian defenders.

With the inclusion of Messi, Scaloni's Argentina were no longer equipped to go the direct route. But they were also unable to pass their way through the midfield, and thus bring Messi and Sergio Aguero into play close to the Colombian goal. Canny Colombia coach Carlos Queiroz packed the midfield, using Juan Guillermo Cuadrado in an interesting double function; he would play his normal wide role when James Rodriguez drifted across. But otherwise Cuadrado tucked infield, making the extra man through the centre, outnumbering Argentina and freeing the outstanding Wilmar Barrios to keep a watching brief on Messi.

At halftime, his team having made no impression on the game, Scaloni was forced to abandon his favoured idea. Off came Di Maria. Argentina were now left with no wingers. Rodrigo De Paul gave them the extra man in midfield.

Argentina began to work themselves higher up the pitch, putting some passing movements together in the Colombian half. It was better, but there was little penetration. Entirely right-footed out on the left, De Paul could only effectively go inside, and so the play was all in front of the Colombian defence. Argentina had become the exact opposite of Scaloni's original intentions.

Even so, they nearly took the lead. It took a moment of magic to unlock the defence: Aguero's backheel put Messi through, who sliced the back line in half but, before Messi could pull the trigger, Barrios was back to nip the ball away from him. And with Argentina higher up the field, it then became easier for Colombia to catch their vulnerable defence in open space.

Both times Argentina were caught out by switches to their right. The first time came from a magnificent cross-field ball from James. It was all too comfortable for Roger Martinez to collect, cut inside right-back Renzo Saravia and fire across into the far corner.

The second came after the belated introduction of centre forward Duvan Zapata, who always looked like being too much of a handful for the Argentina centre-backs. He set up the move, bodies bouncing off him as he went cross-field, found Martinez, who slipped to the overlapping Jefferson Lerma. Saravia was played out of the game, and then Lerma's cross cut out centre-backs German Pezzella and Nicolas Otamendi for Zapata to fire emphatically home.

The problem for La Albiceleste is that these players are not suddenly going to get better. Argentina's defensive woes are going to persist. What may change, though, is the overall idea of play.

Against Colombia, they fell ludicrously between two stools: Unable to play long, and then without the width to penetrate when they went short.

But the Copa is just beginning. Eight of the 12 teams go through to the quarterfinals. And one of the most fascinating aspects of tournaments is that they can serve as time sped up. Teams can suddenly fall apart, or they can suddenly come together.

If Messi is to end his national team title drought this year, then the second option will have to apply to Argentina.

More in this category: « Ramsey has played last Arsenal match - Emery How France turned Horan into a U.S. star »
back to top