Why did Sarri swap Chelsea for Juventus? 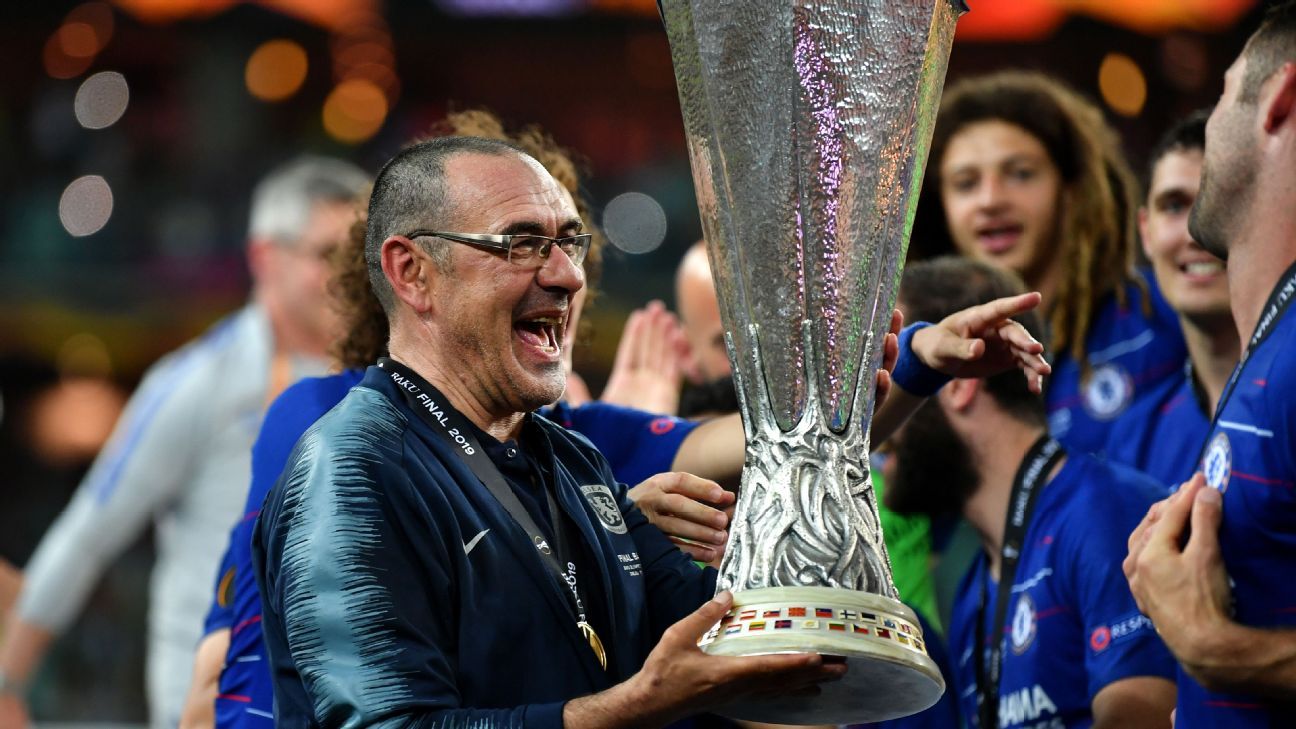 Sometimes things take a 180-degree turn. Up becomes down. White is now black. Thor turns out to be Loki. Your certainties end up being replaced by what you thought was heresy.

Welcome to the Maurizio Sarri managerial experience at Chelsea, which officially came to an end on Sunday. It's hard to tell what would have seemed more absurd this time a year ago: that Sarri would leave Chelsea to join Juventus, or that his biggest shortcoming at Stamford Bridge would be playing a style of football that pundits and fans did not enjoy.

The conventional wisdom when he was appointed was pretty clear. Sarri would implement his style of football, based on short passing, coordinated movement and a high press, and it would be fabulously entertaining if potentially a bit naive. If he failed, it would be solely down to results, because more pragmatic and cynical opponents regularly smashed and grabbed their way to the points. As for the idea of him leaving for Juventus after just one season, the idea that Sarri truly would be on his way felt only slightly less plausible than that of Cristiano Ronaldo becoming a Franciscan monk.

Instead, what do we have? Sarri is confirmed as the next Juve manager. Chelsea finished third, behind two teams that finished with two of the three highest points totals in Premier League history. They also won the Europa League final and reached the League Cup final, where they were beaten only on penalties. Any way you slice it, Sarri ticked the results box.

And yet, folks didn't like his football. Or, perhaps more accurately, they liked it at first when it was accompanied by results -- Chelsea lost their first game in all competitions in late November, winning 15 of 17 in all competitions along the way -- and then turned on it when they hit a road bump. That's when the floodgates of criticism opened. That's when some supporters and ex-pros-turned-pundits started moaning about "like for like" substitutions (the Ross Barkley-for-Mateo Kovacic move, and vice versa, was a classic) and saying stuff like, Gee, wouldn't Chelsea be so much better if Jorginho and N'Golo Kanteswitched positions. (The latter was often said with a straight face.)

Sarri never recovered. He became a caricature, some sort of googly-eyed dogmatist whose explanations were laughed off by the braying masses. Such as when he said his system is predicated on a deep-lying playmaker: It doesn't necessarily need to be Jorginho, but it can't be Kante, because Kante doesn't have the skill set to play there. Many understood that it would be akin to asking Adele to front a metal band. To others, it was a simple equation: "Look! He really has lost it! He thinks Kante is better than Jorginho -- what a fool!"

At the boardroom level, Chelsea were miffed. They had appointed Sarri because they believed that European football had changed, that you needed to play proactive, attacking and possession-based football. That's what every top club played, with the possible exception of Jose Mourinho at Manchester United, Max Allegri at Juventus and Diego Simeone at Atletico Madrid. (Not coincidentally, two of those three have since moved on.)

They also felt that having a "system" manager would also be more cost efficient relative to his predecessors, Mourinho and Antonio Conte. After all, at Napoli, Sarri had played a key role in the development of players such as Lorenzo Insigne, Kalidou Koulibaly, Allan and Dries Mertens. Given the assembly line of talent churned out by Chelsea's academy -- from Callum Hudson-Odoi to Ethan Ampadu, Ruben Loftus-Cheek to Reece James, Andreas Christensen to Fikayo Tomori, Mason Mount to Tammy Abraham -- they reckoned he'd be the sort of guy to help develop it over time.

Instead, his football -- especially when the winter set in -- left many cold, and this is perhaps where, in the modern game, it's worth remembering another key element to management: In addition to delivering results, developing the team and keeping the bosses happy, you need to connect with the fans. Or, more accurately, if you connect with the fans, the job gets a whole heck of a lot easier.

Ultimately, the fans are your customers, the folks who pay your salary. You represent the brand they love. If you're a match, or they see you as a match, the road ahead is downhill. Just ask Jurgen Klopp. Or Pep Guardiola. Or Mauricio Pochettino. Or, because there is more than one way to connect, Simeone.

Sarri never achieved that connection with enough of the fan base, meaning the portion of the supporters who go to Stamford Bridge and scream the loudest when things go wrong. One school of thought is that Chelsea fans connect best with a certain type of pragmatic, bellicose manager who plays to the crowd and Sarri isn't that (unlike Conte and Mourinho). It's no coincidence the one Chelsea boss before Sarri who tried to bring about a philosophical shift to proactive attacking football, Andre Villas-Boas, also failed to connect with the fan base and, at times, felt like a foreign object.

Culture matters, and while it can change and evolve over time, it's not an easy process.

Chelsea were willing to go down that road with Sarri. Had Juventus not come calling, Sarri would have been back next season. The transfer ban that would have made it difficult to attract a top manager, the departure of Eden Hazard and the nearly $50 million already shelled out in compensation to sacked managers over the past four years no doubt would have played a part in that decision, of course. But the belief that the club's style needs updating remains.

In Sarri's case, it wasn't the message and it wasn't even the messenger, though a different one may have fared better. It was simply circumstance and the way it was received. Perhaps also the realisation that shaking 15 years of history and expectation will take more than a season.

The curious thing is that Sarri's next chapter takes him to a club trying to execute a similar philosophical and cultural U-turn after eight seasons of dominance in Serie A under Allegri and Conte. You can only hope that some lessons were learned from Sarri's season at Stamford Bridge. By Sarri and by Chelsea, sure, but also by Juventus.