PSG chief: 'Nobody forced Neymar to sign for us' 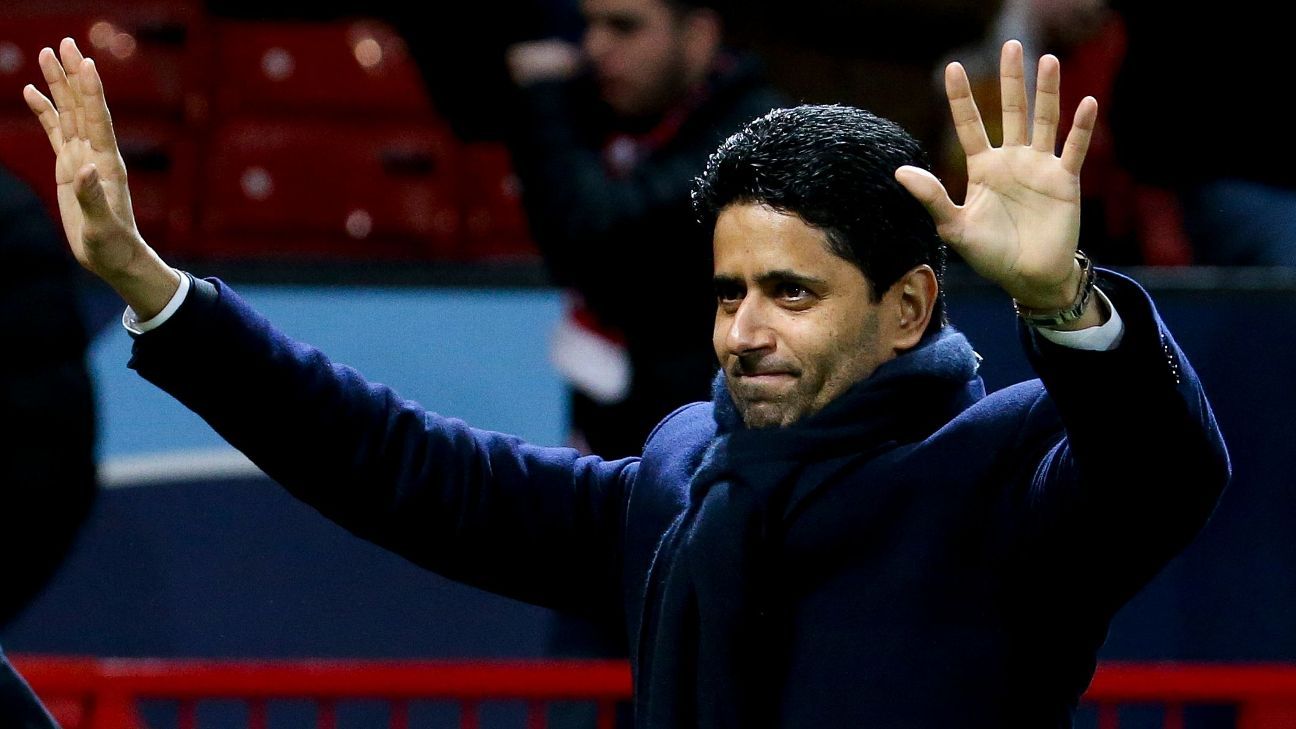 Paris Saint-Germain chairman and CEO Nasser Al-Khelaifi has warned record signing Neymar that he only wants players who are "willing to give everything for the shirt."

The Qatari supremo, who has already hinted preferential treatment is over for the Brazil international, pulled no punches in his view on Neymar's commitment to the Ligue 1 giants' project after L'Equipe had reported PSG could cash in if a big offer arrives after growing tired of him.

"I want players willing to give everything for the shirt, the club and join for the project," Al-Khelaifi told France Football. "Those who do not want that, or do not understand, we will see each other and talk.

"Of course, there are contracts to be respected, but the priority now is total commitment to the project. Nobody forced Neymar to sign for us. Nobody pushed him here. He knowingly signed up for this project."

Neymar's strike partner Kylian Mbappe recently said he wanted more responsibility at PSG, and Al-Khelaifi added he has spoken to the World Cup winner about these comments. Club sources have confirmed to ESPN FC that PSG have no intention of selling Neymar or Mbappe this summer and that both will be expected to buy into the rejuvenation of the club's project.

The French champions' president also expressed his certainty that the Mbappe will still be at Parc des Princes next campaign.

"Kylian wants to be more involved in the PSG project," Al-Khelaifi said. "To grow with the team and the club.

"I explained to him that you do not ask for responsibility, you go and get it. Sometimes, you even have to take it. Do not wait for it, force it. As he is very intelligent, I am sure that he understood. I am not 100% sure but 200% sure that he will be here next season. I will not be letting this crazy player go."

Al-Khelaifi also said he was the first to blame for the ill discipline last season and vowed to embrace his responsibilities.

"We all lacked character and authority," he said. "I am the first to recognise it in myself.

"I am the first culprit. I do not want to hide or blame others, such as the player or the coach. If last season did not work, it was my fault first. That will change."

As reported by ESPN FC sources back in February, sporting director Antero Henrique had been on the way out for some time and Al-Khelaifi confirmed it was not a rushed decision to part with the Portuguese.

"The idea [of replacing Henrique with Leonardo ] did not just come to me overnight," he said. "Gradual reflection eventually matured.

"It was time to change. At a certain point, all clubs need new impetus. We could not go on like that."

Leonardo has returned as a figure of authority among the PSG hierarchy, and Al-Khelaifi backed the Brazilian to run a tighter ship than his predecessor.

"Some discipline needs to return to the squad," he said. "If a player makes a mistake, Leo will make it clear that the club is well above them.

"The players will have greater responsibility than before. I want our players to be proud to wear our shirt and not to play only when it suits them."

More in this category: « Ramsey has played last Arsenal match - Emery Suarez: I lost 3kg (6.6 lbs) for Copa America »
back to top