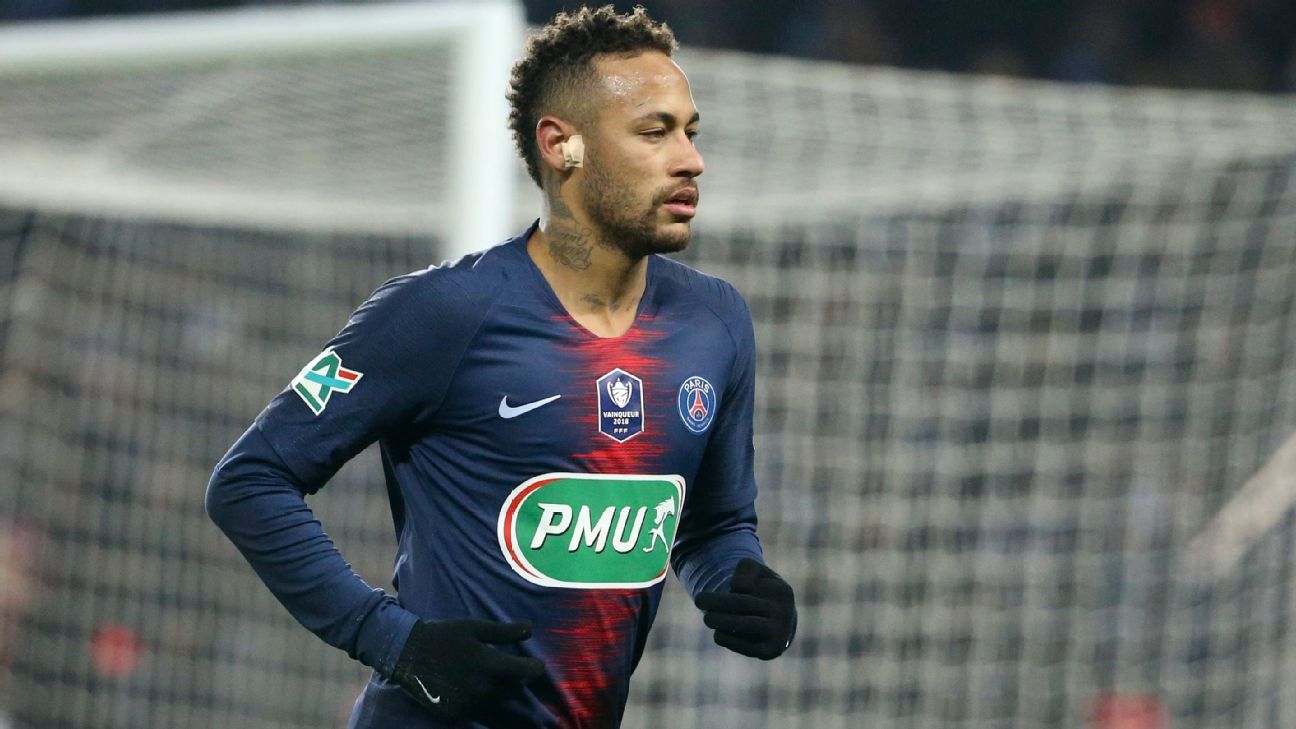 Barcelona are seriously looking into bringing Neymar back to Camp Nou next season, with a high ranking source at the Catalan club telling ESPN FC a transfer "could be doable, but it won't be simple."

Barca, though, are aware that negotiating with Paris Saint-Germain is not like negotiating with other clubs, given the huge economic backing the Ligue 1 champions enjoy from their Qatari owners.

"If it wasn't for that, signing Neymar would be even simpler," the source said.

The source at the Spanish champions also stated that "there has been no direct contact with Neymar's people" but added that "once Neymar makes it known he wants to return to Barca, anything is possible."

Neymar joined PSG from Barca in the summer of 2017 for €222 million, making him the world's most expensive player.

One of the main reasons Barca are now contemplating re-signing him is because of key players in the team's desire to have him back in the dressing room, said the source.

But relations between Barcelona and PSG have been non-existent for a while. The Blaugrana have unsuccessfully tried to sign Thiago Silva, Marquinhos and Marco Verratti from them in the past and in January beat them to the signing of Frenkie de Jong when PSG thought they had the Dutch midfielder tied up.

Therefore, Barca have to approach the situation cautiously and also must have Neymar on board to be able to bring him back.

France Football reported last week that PSG would be willing to listen to offers, while Globoesporte in Brazil indicated on Monday that Barca president Josep Maria Bartomeu has already contacted Neymar, his father and the intermediaries in charge of negotiating the player's future.

According to Globoesporte, Barca could even include players in any potential deal. Ivan Rakitic, Ousmane Dembele and Samuel Umtiti were all mentioned in the report. Rakitic came close to joining PSG last summer.

PSG owner Nasser Al-Khelaifi has hinted that Neymar could be allowed to leave in the current transfer window. He told France Football this week that the club will no longer tolerate superstar attitudes from their biggest players and warned Neymar he only wants players who are "willing to give everything for the shirt."

More in this category: « Ramsey has played last Arsenal match - Emery Platini arrested as part of 2022 World Cup probe »
back to top