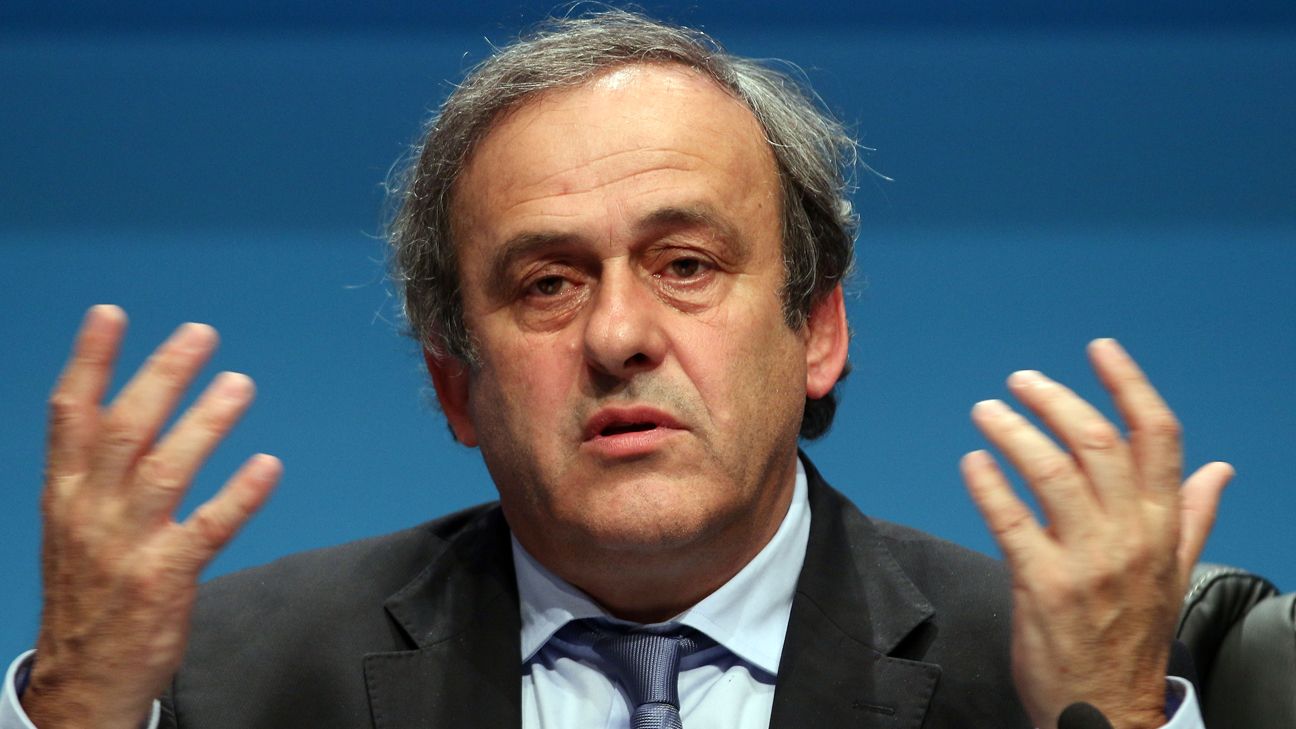 Michel Platini, the former UEFA president, was detained in Paris early on Tuesday morning as part of an investigation into alleged corruption in the Qatar 2022 World Cup bidding process.

The detention and questioning of the former French football star was first reported by French investigative website Mediapart and has since been confirmed to ESPN FC by judicial sources.

Platini, UEFA president from 2007-15, is being held in a cell of the Anti-Corruption Office of the Judicial Police (OCLCIFF), in the west suburbs of Paris. The former Juventus and France No.10 faces an investigation into his role and influence over the attribution of the 2022 World Cup to Qatar. Claude Gueant, the former general secretary of the Elysee Palace under the presidency of Nicolas Sarkozy, will be questioned as a free suspect. It is the first time Platini, 63, has been arrested regarding the attribution of the 2022 World Cup.

At the time of the vote in December 2010, Platini was UEFA president and publicly backed the Qatar bid. Many stories linking Platini and the Gulf emirate have emerged since 2010, including a meeting with Mohamed Bin Hammam, the former Asian Football Confederation president who lobbied for Qatar and has since been banned from football for life on corruption charges. Platini also had lunch at the Elysee Palace with Sarkozy, Gueant, Bin Hammam and Tamim bin Hamad al-Thani, the Qatar Prime Minister at the time.

Qatar beat the United States, Australia, South Korea and Japan to the right to host the 2022 tournament but the vote was mired in controversy. Platini, who has always denied any wrongdoing, was banned over a £1.3 million "disloyal payment" from then FIFA president Sepp Blatter, who has also denied wrongdoing. Blatter resigned in 2015 and at time of his resignation, he said: "FIFA needs profound restructuring."

Platini fought to reduce an eight-year ban from football activities imposed by FIFA in the wake of the corruption scandal in 2015 and eventually saw his suspension reduced to four years, meaning he can return to the game in October. He said last year that he wanted to return to football.

More in this category: « Ramsey has played last Arsenal match - Emery Berhalter fixing U.S. woes on the training pitch »
back to top