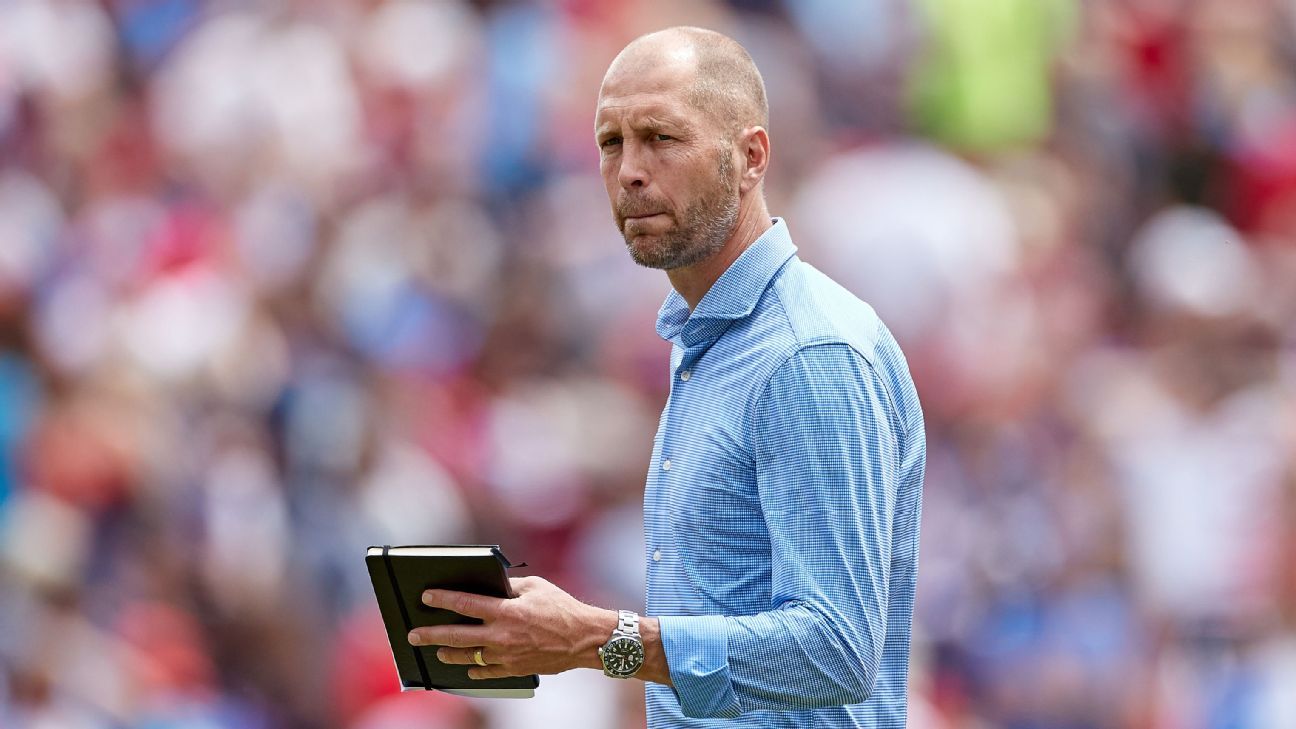 ST. PAUL, Minnesota -- United States manager Gregg Berhalter believes his team is "in a good spot" as it heads into its Gold Cup opener against Guyana.

The U.S. looked poor in both of its recent friendlies, a 1-0 loss to Jamaica and then a heavy 3-0 defeat to Venezuela. But a week's worth of training has allowed the U.S. to not only gain fitness, but sharpness in terms of Berhalter's tactical system.

"We've been working towards developing a starting XI for the last week, and we're pretty much there," he said at the U.S. team's pre-match news conference.

"I think the focus, not just from the guys who are projected to be starters, but from the whole group has been really good. I like the attitude of the players.

"We talked about unity. We talked about the importance of everyone supporting each other whether you're on the field or not, and that goes a long way. I've been on teams where it wasn't right and the performance suffered, and I've been on teams where the team unity is really there and you get a real boost in performance. The group is in a good spot and now it's just about performing."

Berhalter's sentiments were echoed by midfielder Weston McKennie, who will likely make his first appearance Tuesday in a competitive international fixture.

"We definitely stepped up the intensity in training, we went back and looked over the things we could have done better and the things that we wanted to work on," he said.

The U.S. will be playing a Guyana side that is making its first Gold Cup appearance, and on paper looks overmatched, with much of its squad playing in with non-league teams in England. But Berhalter insists his side won't look past the Golden Jaguars.

"I think any type of opponent can be dangerous. That's the game," he said. "I firmly believe that on any given day 11 players can beat another 11 players. We don't take this opponent for granted. We know they have strengths. We know some of their weaknesses and we want to look to exploit that."

The U.S. will be without midfielder Tyler Adams, who will miss the tournament due to a recurring groin injury that flared up recently. Berhalter admitted Adams' absence will force him to tweak some things tactically.

"When he went down, I said he was a great player, but we know he's not going to be available now and we have to move on without him. I think we're prepared to do that. The group is focused."

The Americans' creative hub remains Christian Pulisic, who will need to impress a new manager now that Maurizio Sarri has left Chelsea. Berhalter said how Pulisic will be used depends on the new manager, but that with the U.S. he was trying to use his playmaker in different ways.

"I think what we're trying to do is develop other skill-sets in Christian and bring other sides out of his game," said Berhalter.

"When he's inside we've been seeing -- he had one combination today we were talking about where the ball is traveling really fast, one-touch between the lines and he's on the end of it and able to combine and get away from players.

"We've been using him more centrally. I can see also that he can play wide because of his explosive pace and his ability to get by someone. So I think it's going to depend on the tactics of the team and what the manager is looking for in Chelsea.

"I think he has versatility and our job over this period of time is to continue to bring different things out of him because we know he's a top talent."

Berhalter added: "When you watch Christian, he's a player that plays on intuition a lot. We put him in a different position and then we get to see how he interprets it. That's what I'm talking about. It's really nice to see how he can open space, his movements to create space, his combination play when he's in those positions.

"We're used to seeing him on the ball isolated and going at players. When we move him into these positions, we get to see how he interprets it."

More in this category: « Ramsey has played last Arsenal match - Emery Lukaku urged to quit Man Utd by Belgium boss »
back to top