Sharks' Thornton says he'll be back next season 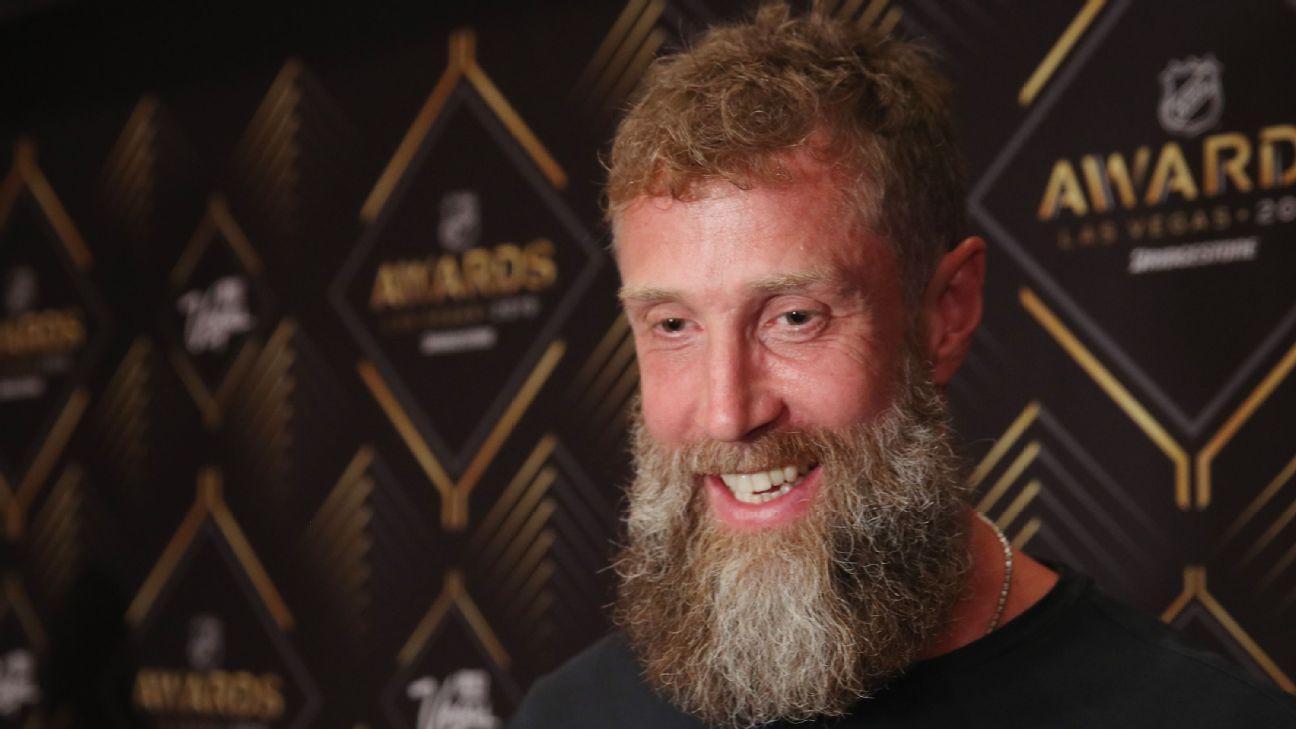 LAS VEGAS -- Joe Thornton says he'll be back with the San Jose Sharks next season. Whether he'll play for the next decade is a bit more debatable.

"I'll probably play another 10 years. That's what I'm thinking. Five to 10 right now. I got nothing else going on, we'll see," a smiling Thornton said Tuesday in Las Vegas, where the NHL Awards will be held on Wednesday night.

Thornton, who turns 40 on July 2, said he plans to sit down with Sharks owner Hasso Plattner, general manager Doug Wilson and coach Peter DeBoer to "figure something out" in the near future.

"My body feels great. It'll be the first summer in a long time when I don't have to rehab, so I'm excited about that," he said.

Thornton had 16 goals and 35 assists in 73 games last season, with 10 points in 19 playoff games. The veteran center, who won the league scoring title and its MVP award in 2006, settled into an effective third-line center role for the Sharks after years as one of the NHL's premier scorers. Thornton is the active leader in career points with 1,478 and is eighth in NHL history with 1,065 assists.

While he was noncommittal after the Sharks were eliminated in six games by the eventual Stanley Cup champion St. Louis Blues in the Western Conference finals, his teammates said they expected him to return for his 18th NHL season.

The veteran center said he was excited to continue chasing his first Stanley Cup, and the first one in Sharks history, next season.

"We had a good year. With the guys that we have coming back, there's no reason we can't give it another crack," he said.

The Sharks signed star defenseman Erik Karlsson to an eight-year deal on Monday.

Thornton is a nominee for the Masterton Trophy, which is awarded annually to the NHL player voted to best exemplify the qualities of perseverance, sportsmanship and dedication to hockey. The other nominees for the award, voted on by the Professional Hockey Writers Association, are New York Islanders goalie Robin Lehner and Columbus Blue Jackets forward Nick Foligno.