Toronto IndyCar Race Again In Doubt Due To COVID-19 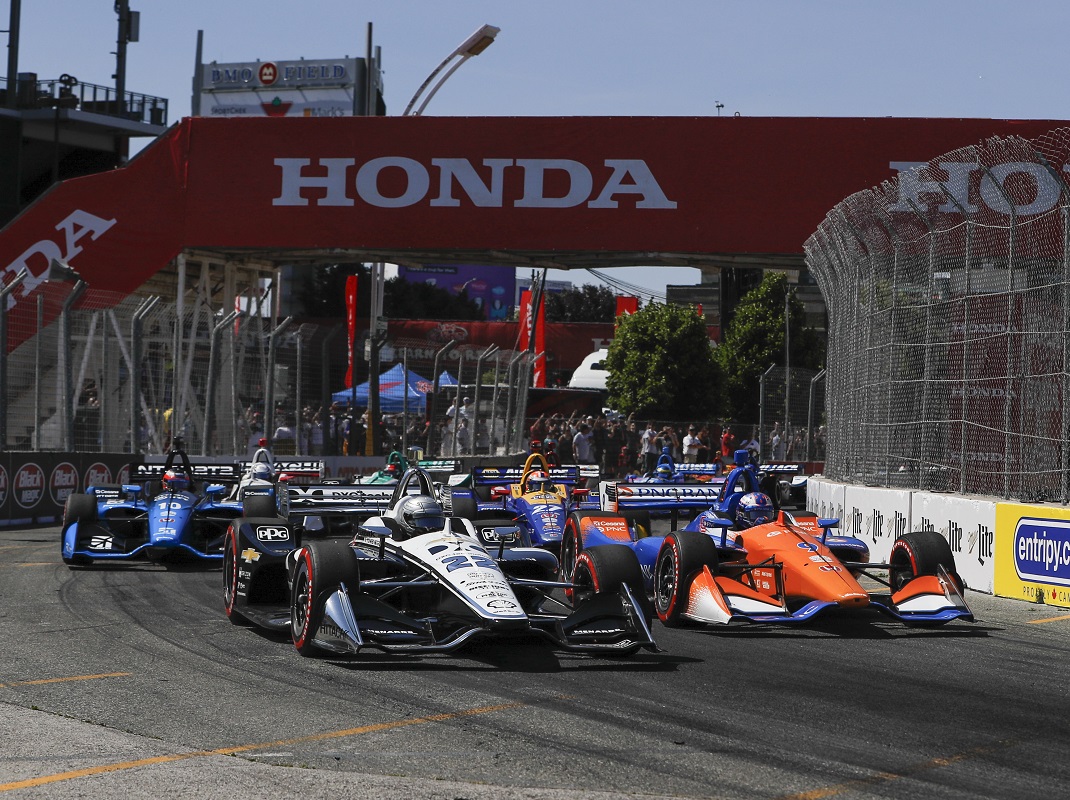 MOORESVILLE, N.C. – With COVID-19 cases rising and a frustratingly slow vaccination rollout in Canada, the Honda Indy Toronto remains in doubt for the second year in a row.

Penske Entertainment CEO Mark Miles indicated a decision will be made by June 1 if the event scheduled for July 11 will be held.

That depends on whether the Canadian and local government health agencies are able to approve a public event, but so far that appears doubtful.

Miles said Wednesday morning if the Honda Indy Toronto race is not held this year, IndyCar would likely add an additional race to an existing weekend to create a doubleheader.

Two prime possibilities would keep that event in the Green Savoree Promotions family, including the Honda Indy 200 at Mid-Ohio Sports Car Course, which is currently set for a single race on Sunday, July 4.

With the Toronto race scheduled for the next week, it could be moved to Saturday, July 3 with teams already in place at Mid-Ohio.

Another Green Savoree Promotions event is the Grand Prix of Portland, currently scheduled for Sept. 12. That is a single race weekend, so a Saturday race would fit into that schedule without any issues.

Indianapolis Motor Speedway President Doug Boles told SPEED SPORT last Friday at the Indy 500 Open Test that, if necessary, a Toronto “make-up” race could be held at IMS in October as the Harvest Grand Prix at Indianapolis.

That event was held as a Friday-Saturday doubleheader last year, when the COVID-19 pandemic wreaked havoc on the IndyCar schedule, but the series was successful in creating a 14-race campaign.

For the second year in a row, an eight-hour sports car race with the Intercontinental GT Challenge will be held at IMS in early October.

Boles said if necessary, an IndyCar Series race could be held in conjunction with that race weekend, which would make it the final race of the NTT IndyCar Series season.

The Acura Grand Prix of Long Beach is currently scheduled to be the NTT IndyCar Series season finale on Sept. 26.