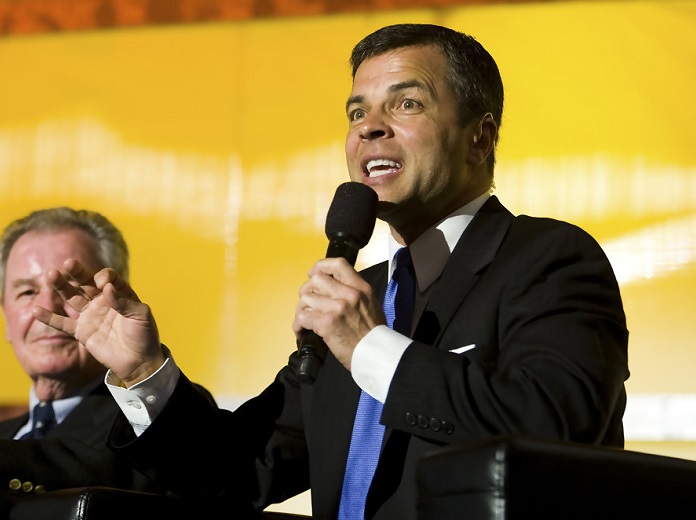 NEW YORK – CBS Sports has revealed an all-star broadcasting team for the inaugural Superstar Racing Experience season, which debuts this summer on CBS and Paramount+.

The brand-new racing series will run on six consecutive Saturday nights in primetime beginning Saturday, June 12 at 8 p.m. ET. The announcing crew features veterans of the motorsports television industry, as well as current and former drivers.

Lindsay Czarniak, Allen Bestwick, Brad Daugherty and Matt Yocum will work all six races on the SRX schedule and bring viewers inside the made-for-TV racing series. Czarniak serves as host of the series, with Bestwick providing play-by-play of each race.

Daugherty serves as a roaming analyst, offering exclusive access to the inner workings of the series and showcasing the SRX experience.

Yocum is the series’ pit reporter, providing behind the scenes content with the drivers and crew members telling their stories at the track and beyond.

Each race will also feature a driver analyst, with Danica Patrick, James Hinchcliffe and Dario Franchitti each joining the broadcast team for two races on the schedule.

Patrick is scheduled to kick off the series as the driver analyst at Stafford Motor Speedway on June 12, as well as Knoxville Raceway on June 19.

“The exceptional broadcast crew we have put together is a great reflection of what SRX is all about, bringing together all-stars from a variety of racing backgrounds to create a made-for-TV racing experience,” said Pam Miller, CBS Sports SRX Producer. “Each member of the team brings his or her own unique experience in the racing world with deep knowledge of the legacies involved and the entertainment value of racing.

“Between the amazing drivers behind the wheel, best-in-class television production and historic tracks, SRX will be a tremendous viewing experience for race fans across the nation.”

The six-race SRX series will feature drivers from a variety of racing backgrounds competing on short-tracks with a total emphasis on head-to-head competition in short, sprint races.

More in this category: « Toronto IndyCar Race Again In Doubt Due To COVID-19 F-1 Confirms Addition Of Miami Grand Prix »
back to top