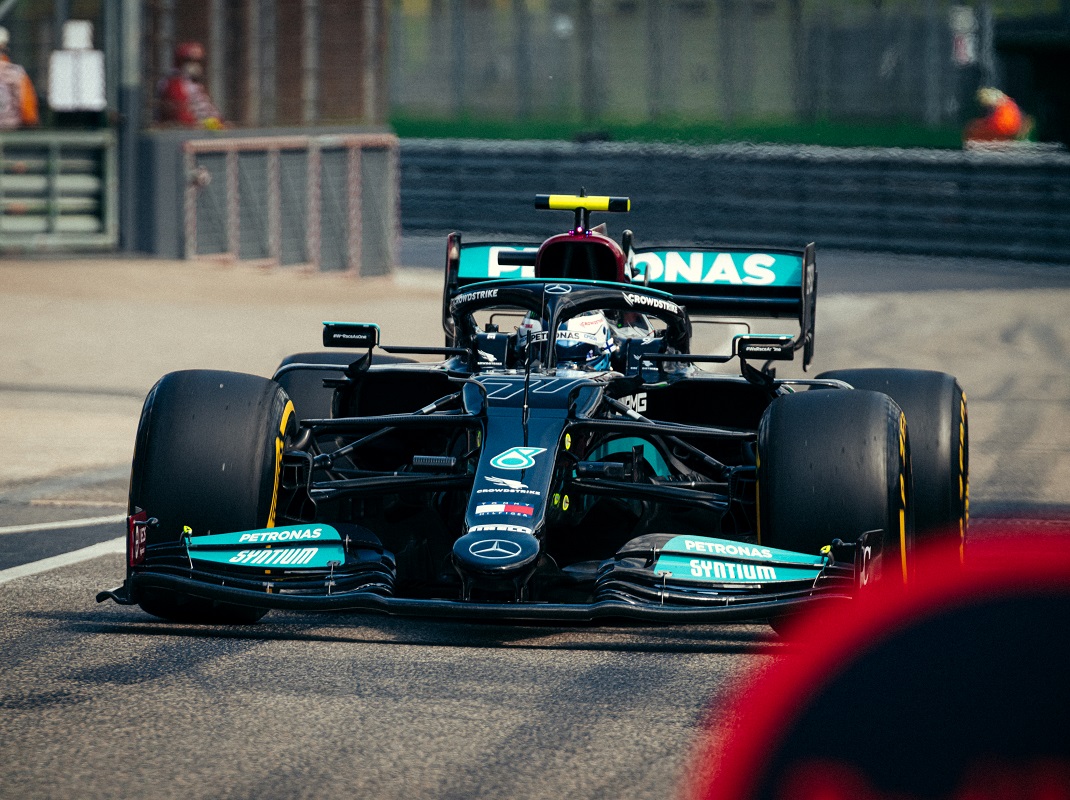 Bottas paced both FP1 and FP2, lapping quicker than his seven-time Formula One champion teammate Lewis Hamilton and posting the quickest time of the day in FP2 at 1:15.551.

The Finn will look to stand on the top step of the podium for the first time this season on Sunday come race time at the 3.050-mile, 19-turn circuit.

“The car is feeling much better than on the first day in Bahrain. As I said yesterday, it is a different track and type of circuit with different grip levels and surface,” Bottas tipped. The weekend has started in a positive way and I’m much happier with the balance of the car.

“While the car feels better, we still have the same type of issues as in Bahrain, just less so. It’s still not perfect, but we are only on event two out of 23 this season, so hopefully we have time to fix it. I feel like we’ve made steps forward, so that’s really good,” Bottas added. “The whole grid from midfield to the front looks very close. We didn’t see the best from Red Bull today but we’ll see that in Q3 tomorrow. No doubt they are going to be fast.

“We still don’t think we are the fastest car and we really need to improve on that on Saturday.”

Bottas’ best lap came on Pirelli’s medium compound tire, while Hamilton was .01 seconds slower despite being on the soft compound tires that gave slightly more grip.

Hamilton was second-fastest in both practice sessions Friday, with his best lap of 1:15.561 coming during the later session as well.

The top nine times on Friday were all posted in second practice for F-1.

“The team worked very hard to understand what happened in the last race where we were weak and to see if we can try to tweak the car for a better set-up. I also think the track has come a little bit more in our direction,” noted Hamilton. “We started off with a really good set-up today, a few tweaks here and there but no major issues. So far, good pace from us this weekend.

“We haven’t seen the best from the Red Bulls yet. It looks like they had messy sessions with traffic, but it will be interesting to see just how quick they are tomorrow. Positioning is important here – it’s hard to follow around this track – so nailing the set-up and maximizing Saturday is going to be so important.”

AlphaTauri’s Pierre Gasly was third for the day at 1:15.629, followed by the Ferrari duo of Carlos Sainz and Charles Leclerc.

Leclerc’s mark came despite a crash at the final corner with three minutes to go in FP2 that left the Monegasque driver’s Ferrari entry damaged as a result of the shunt.

Verstappen slowed to a crawl 10 minutes into FP2 after radioing that “something broke” aboard his Red Bull entry.

A virtual safety car period followed and Verstappen ended up 14th in the FP2 rundown.

More in this category: « Brian Brown Set For Truck Debut With KBM At Knoxville F-1 Confirms Addition Of Miami Grand Prix »
back to top