Decisive All Star Weekend Ahead For PA Posse 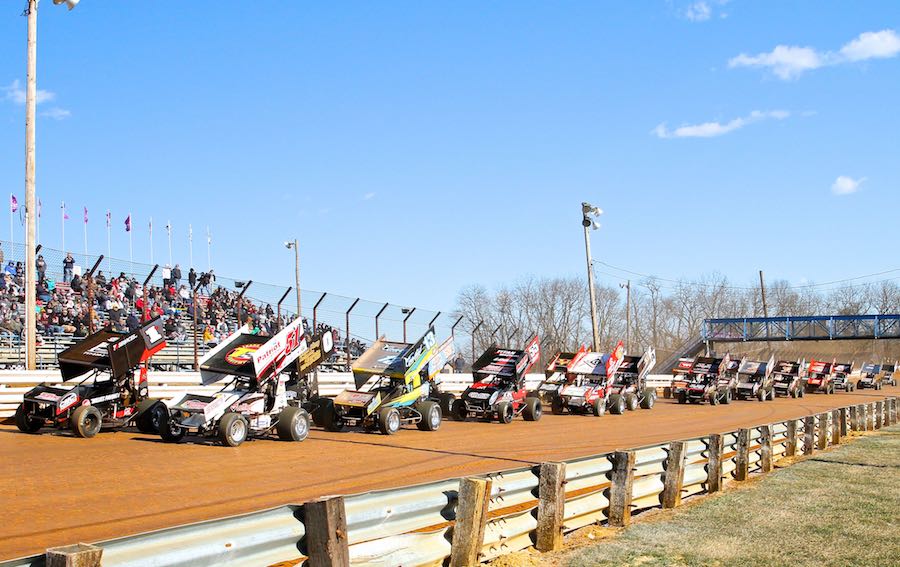 That smirk didn’t stem from the feel-good performance, though. His mind had quickly shifted to the opportunity dead ahead: the All Star Circuit of Champions’ first visit of the season to central Pennsylvania.

The Posse is set to face a decisive three-race swing with the touring series Friday at Williams Grove Speedway, Saturday at Port Royal Speedway, and Sunday at Bedford Fairgrounds Speedway.

It’s a chance to showcase and ultimately gauge speed against a series lined with excitement and new faces. Popular outsiders like Kyle Larson and Rico Abreu add pizazz to the field as well.

It’s also a chance for the PA Posse and opportunists like Wagner to make a statement.

“We need to,” Wagner said of winning against the All Star travelers. “I think we have some really good drivers right now. We have a lot of good guys: [Anthony] Macri, [Lance] Dewease, myself, [Danny] Dietrich. I feel like any of us can run well on any given night.”

Weekends like the one ahead certainly bring out smiles and hype. A lot of eyes are on the traveling series right now. Aaron Reutzel, the three-time reigning All Star champion, is now on the World of Outlaws NOS Energy Drink Sprint Car Series full time.

Former World of Outlaws drivers Ian Madsen, Lucas Wolfe, and Brent Marks, as well as USAC national midget champion Tyler Courtney, have given the series a shot in the arm.

“He’s one of the fastest cars in the country,” Macri said of Peck and the Buch Motorsports No. 13 team. “I feel like it’d be a big win for the Posse in general, and for us.”

Attention aside, the meaning of these next three days is straightforward.

“It’s kind of the first test,” Dewease said. “It’s to see where we’re at when the [World of] Outlaws come in next month. It’s kind of the start of the main season of racing.”

Only one of 14 races have used a time trial format in central Pennsylvania this year. That leaves the remaining 13 dictated by pill draws and some kind of handicap system. Those formats either add a luck factor or impose disadvantages on drivers with speed.

“I think this weekend shows who has speed and who doesn’t,” Dietrich said. “I think you can easily go into this weekend thinking you have speed because you won a couple races. Then, you can learn real quick you don’t have a good car. You know what I mean?”

Dietrich is confident adequate speed is there. Despite just one win to date, he’s advanced 87 positions in 11 central Pennsylvania races this year. He even raced from 15th to score that lone win March 13 at Lincoln Speedway.

What’s hurt Dietrich is his starting position, which sits at an average of 15.1 through 11 races.

“Right now, we have such good speed all night long,” Dietrich said. “We just need to maintain that. We need pill draws. We need to start up front.”

Dietrich is one of seven Pennsylvania-based drivers with three or more podiums in the region. Tim Shaffer, Macri, Dylan Cisney, Wagner, Chase Dietz, and Dewease are the remaining six.

One would have imagined Freddie Rahmer would be on that list, but his fortune has been spotty to start the year.

“I know we have fast cars,” said Rahmer, who has a win but three DNFs this year. “We just need to put a whole night together.”

Of the drivers with three or more podiums, all of them are at different points in their journeys. For Dietrich, he’s simply trying to put together a 20-win season. At 53, Shaffer is as comfortable as ever in the Mike Heffner No. 72, having two wins to prove that.

Macri is phenomenal at Port Royal, but is trying to secure his elusive first 410 win at Williams Grove.

Wagner is the three-time reigning Port Royal track champion, but is still pushing for a national series win at the track. Cisney and Dietz, meanwhile, are continuing to build their names.

As for Dewease, his name is firmly established. He does, however, have two things going for him: his quest for career win No. 100 at Williams Grove and a rekindled reign at Port Royal Speedway.

Dewease has won four of his past seven races at Port Royal. Williams Grove has turned into a different story, however. The National Sprint Car Hall of Famer is winless in his past nine races at the track.

A lot of that has to do with inconsistent track conditions, bad luck, and simply not capitalizing.

“Williams Grove, I don’t know we’re at right now,” Dewease said. “I think Williams Grove is up in the air for everybody right now.”

Last year, the Posse didn’t face its first challenge against a traveling series until June 24 because of the COVID-19 shakeup. Now, it comes early against a revamped All Star Circuit of Champions roster.

“Truthfully, you don’t know until you start racing each other,” he added. “Then you find out where you really stack up.”