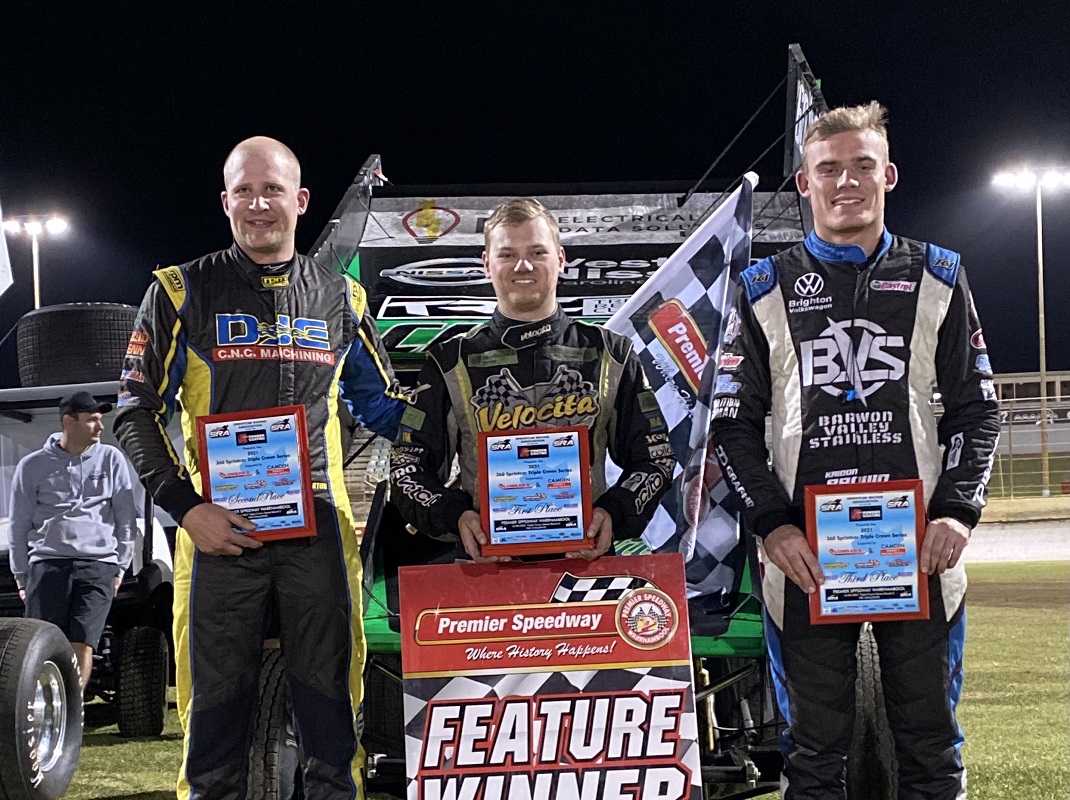 With rain having been a constant during the week leading up to the event, a slick and racy surface greeted competitors from the drop of the green flag in the first heat, with some exciting racing transpiring throughout the packed program.

Charge topped the headlining sprint car main event, leading all 25 laps of the Triple Crown Series feature from the pole and taking the checkered flag 1.728 seconds ahead of Justin Barton.