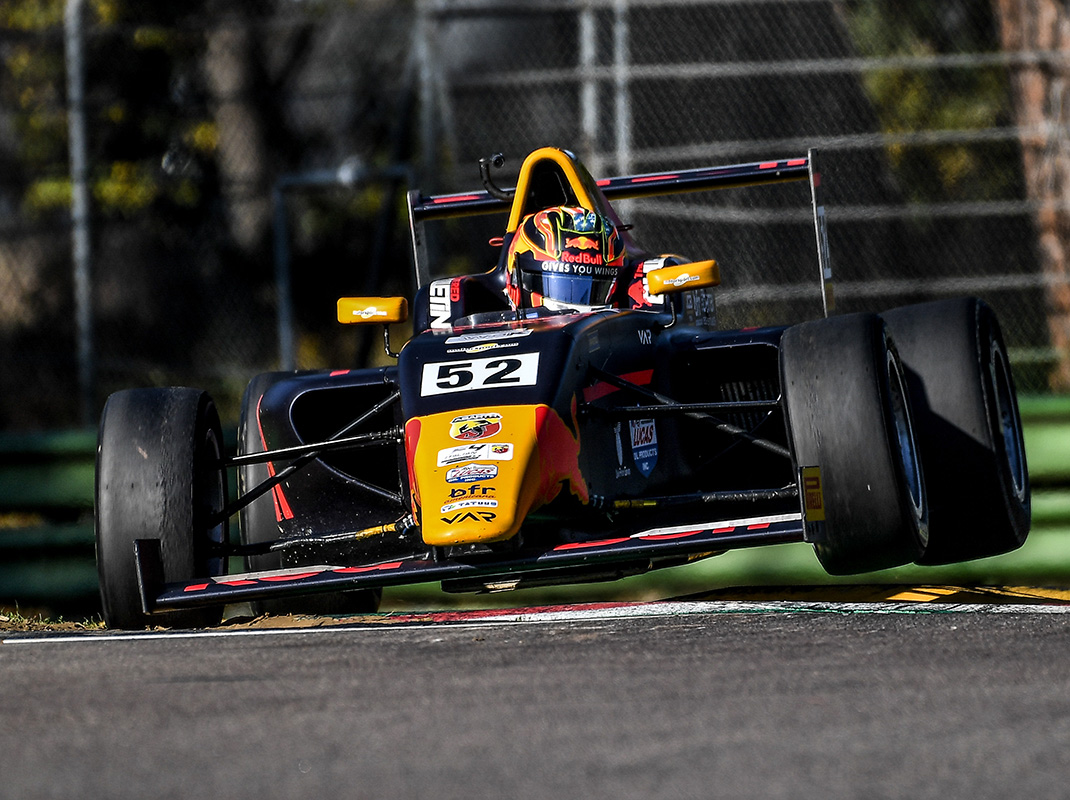 The dry spell has lasted for more than four decades.

It’s featured podium finishers and drivers who deserved better than they received, but the facts are the facts: No American has won a Formula One race since Mario Andretti topped the 1978 Dutch Grand Prix.

Nearly 50 years have passed since an American-born driver — the late Peter Revson — stood atop a podium after the 1973 Canadian Grand Prix.

Jak Crawford knows the story. He wants to do something about it, too.

To many in the F-1 world, Crawford represents the United States’ best shot at again hearing “The Star-Spangled Banner” on a grand prix podium. Crawford is a 15-year-old FIA Formula 3 rookie who calls Texas home, when he’s not traveling throughout Europe as a member of the prestigious Red Bull Junior Team.

Crawford began this year from the third step of the   F-1 ladder at a time when most teenagers are waiting to get their driver’s license. Crawford’s driving, however, has been top-notch since he broke into karting in 2011 in Katy, Texas.

His recent accolades justify Red Bull’s considerable support. Crawford scored six victories and 14 podium finishes across the 2018-’19 Formula 4 NACAM campaign — enough for second in the championship and a life-changing request from Dr. Helmut Marko, the adviser of the Red Bull Racing Formula One team.

“Red Bull contacted my dad, saying they wanted to meet in Mexico City for the F-1 race in October of 2019,” Crawford told SPEED SPORT. “I met Dr. Marko, who asked me to do a test at the Red Bull Ring in Austria. I went to the simulator, went to the Red Bull Ring, had a successful test and signed with them at the end of 2019. It means a lot to me just to be in the Red Bull Academy, with all of their history and all the drivers they’ve brought up.”

Together, Marko and Red Bull have played a pivotal role in the careers of F-1 luminaries such as four-time world champion Sebastian Vettel and current Red Bull star Max Verstappen, who  Crawford has followed for years.

“I haven’t really been idolizing someone, but I admire Max Verstappen the most,” Crawford said. “Not just because he’s with Red Bull, honestly. Even before I started with Red Bull, Max was the youngest F-1 driver ever and I’ve always been the youngest in everything I’ve raced since I started at a young age, so I’m trying to follow in his footsteps. Also, on track, I really admire his aggressiveness and his need to win every race.”

Crawford hopes to parlay a similar drive to win into a successful F-1 career.

First, however, there’s his F-3 debut in May at Spain’s Circuit de Catalunya. Crawford is one of three drivers for Hitech Grand Prix, a British outfit that counts current F-1 drivers George Russell and Nikita Mazepin among drivers it has developed in recent years.

Crawford is in a unique position as the next American to ascend to Formula One due in part to his skill, his potential and Red Bull’s invaluable backing. Not since Alexander Rossi’s five-race stint with Manor in 2015 has a driver racing under the American flag made it to an F-1 grid. No American has completed a full season since Scott Speed — another Red Bull-sponsored driver — ran the entire F-1 slate with Scuderia Toro Rosso in 2006.

There’s a reason it’s so difficult.

“One comment I get a lot is: ‘Is it hard for an American to go over there and (make it to F-1)?’” Speed told SPEED SPORT. “It’s hard as an American, but not because the other people treat you poorly or don’t give you chances. The hard part about (racing) in Europe is there are no other Americans within the hierarchy of the sport. Without someone giving you advice, introducing you to the right people and putting you on the right path, it’s just difficult. I couldn’t have gotten anywhere close to where I got without Red Bull’s support.”