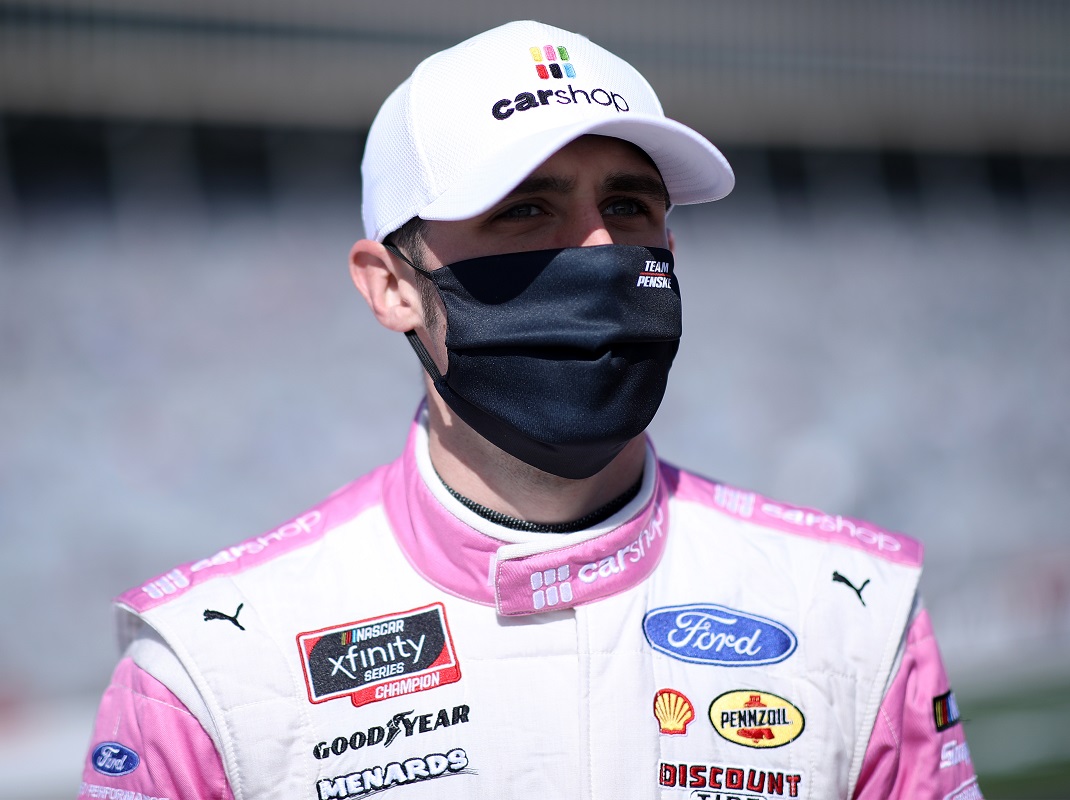 TALLADEGA, Ala. – Austin Cindric will lead the NASCAR Xfinity Series field to green for the fourth time in eight races this season during Saturday’s Ag-Pro 300 at Talladega Superspeedway.

Cindric, the driver of the No. 22 Ford Mustang for Team Penske, received the pole courtesy of the highest metric score among the 40 cars entered to compete.

Lap speed is weighted at 15 percent, previous race finish at 25 percent for the driver and owner results and owner points position at 35 percent to calculate the final metric score.

Cindric earned the pole with a metric score of 3.65, factoring in his sixth-place finish from Martinsville (Va.) Speedway, the fourth-fastest lap from that event and his third-place seeding in the point standings after seven of 33 races this season.

He’ll be joined on the front row by Joe Gibbs Racing driver Daniel Hemric, with Hemric’s teammate Harrison Burton and Noah Gragson making up row two of the starting grid.

Ty Dillon will return to the seat of Joe Gibbs Racing’s No. 54 Toyota Supra, starting 16th.

Saturday’s Ag-Pro 300 is scheduled for an 4 p.m. ET start, with live coverage on FOX, the Motor Racing Network and SiriusXM NASCAR Radio, channel 90.