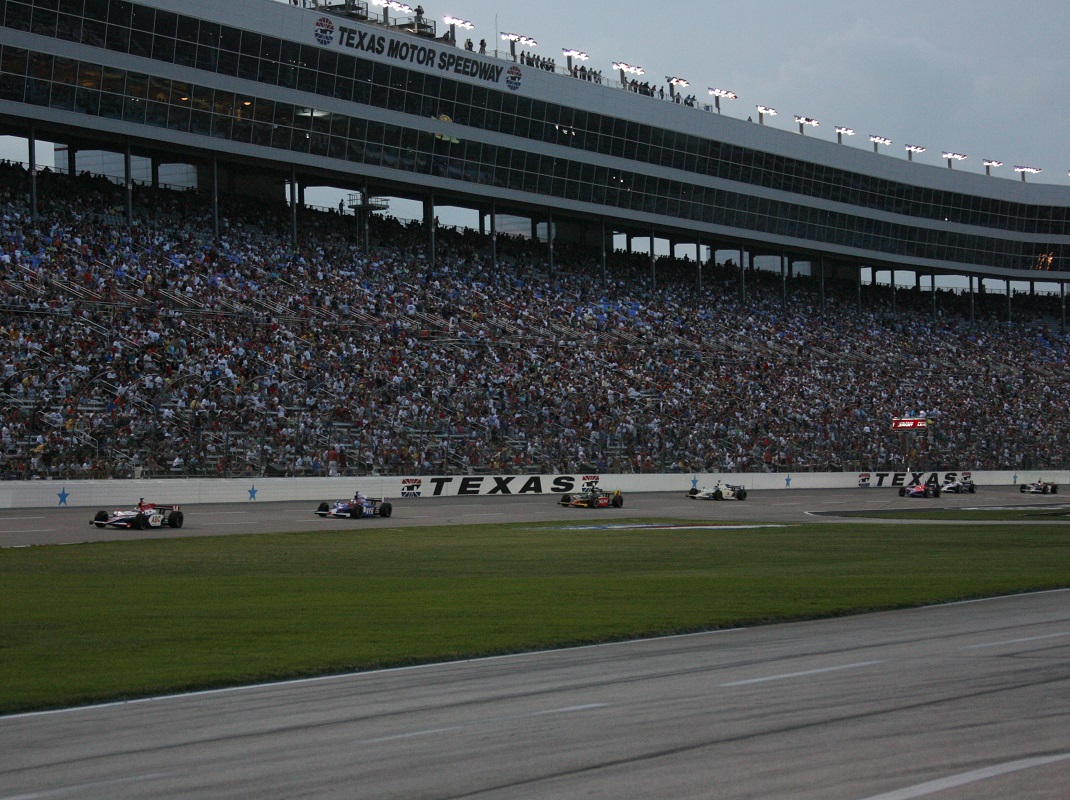 For 25 years, Texas Motor Speedway and IndyCar have gone hand in hand.

Under the leadership of General Manager Eddie Gossage, Texas Motor Speedway supported the series from its inaugural season in 1997.

The first Indy Racing League event at TMS saw 129,000 people attend what amounted to an under-the-lights thrill show with a controversial result.

A.J. Foyt’s driver, Billy Boat, was declared the winner, but Arie Luyendyk was the actual winner because the USAC timing loops did not score two of his laps. An angry Luyendyk went into victory lane to voice his displeasure and was promptly smacked down by Foyt’s backhand.

Luyendyk was named the winner the next day, but IndyCar had found its second home in Texas.

Since that time, the track has produced some of IndyCar’s best races with three of the sanctioning body’s 10 closest finishes coming at the 1.54-mile track.

The annual trip to Texas Motor Speedway even had date equity, a Saturday night in early June, and had become one of the more anticipated races on the schedule. It was typically the first oval race after the Indianapolis 500.

IndyCar and Texas were such a hit that two races were run there from 1998 through 2004. The second date was in October and served as IndyCar’s championship finale.

But when NASCAR awarded a second date to TMS, the well of spectator interest was tapped out in the Texas area and the fall IndyCar race was dropped.

This year, TMS moves off its traditional June date and will host a doubleheader weekend for the NTT IndyCars Series on May 1-2.

The event kicks off the month of May, which leads into the GMR Grand Prix at the Indianapolis Motor Speedway road course on May 15 and the 105th Indianapolis 500 on May 30.

“It’s going to put pressure on the teams that it previously hasn’t carried because you want to get the month of May started off well and carry confidence into Indianapolis,” Gossage told SPEED SPORT. “If you start the month of May in a hole, it’s hard to dig out of it. Everybody else is bringing their A-game and you are trying to get even, it’s tough.

“I think there is more pressure on the drivers and crews than there has ever been. When you focus the spotlight nice and hot on these guys, the champions rise to the top or they wilt under the heat of the hot lights. Either way, it’s fun as a fan.

“You can watch Texas and it may portend what is about to come at the end of the month on Memorial Day weekend at the biggest race in the world.”

After having date equity for 24 years, why would Gossage and IndyCar want to change the date? It’s a little complicated at this point.

Both NASCAR and IndyCar were reinventing their schedules. IndyCar dropped its March date at Circuit of The Americas in nearby Austin, Texas, and wanted to put TMS in a March date.

“When NASCAR awarded us the All-Star Race and hit us with the date of June 13, I toyed with the idea of running the Indy cars on the weekend of June 6-7, and it would kick off All-Star week,” Gossage revealed. “But I didn’t want anybody at IndyCar to feel like we would ever treat them like they were a second-class citizen. To me, they are every bit an equal partner with us as NASCAR is.

“We had some conversations with some folks at IndyCar and the only date they offered us was March, which is crazy because it can snow down here in March. I kept telling them, we’re not doing that.

“I was dealing with underlings and that is all they had to offer. I called Bud Denker at the Penske Corp. and told him, ‘Here’s what I’m thinking. What if we ran a doubleheader in early May?’ He said, ‘OK, keep talking.’ Within 30 minutes, Bud and I reached a deal and shook hands over the phone. I knew they really wanted to run an oval before Indy and having two of them was even more enticing.

“It served their needs and it served our needs,” Gossage continued. “The underling never considered that option, but when I talked to Bud Denker, we had a deal in 30 minutes.”

More in this category: « Cindric To Start First For Talladega Xfinity Race PHOTOS: Honda Indy Grand Prix Of Alabama »
back to top