Meruelo to take over Coyotes as 1st Latino owner 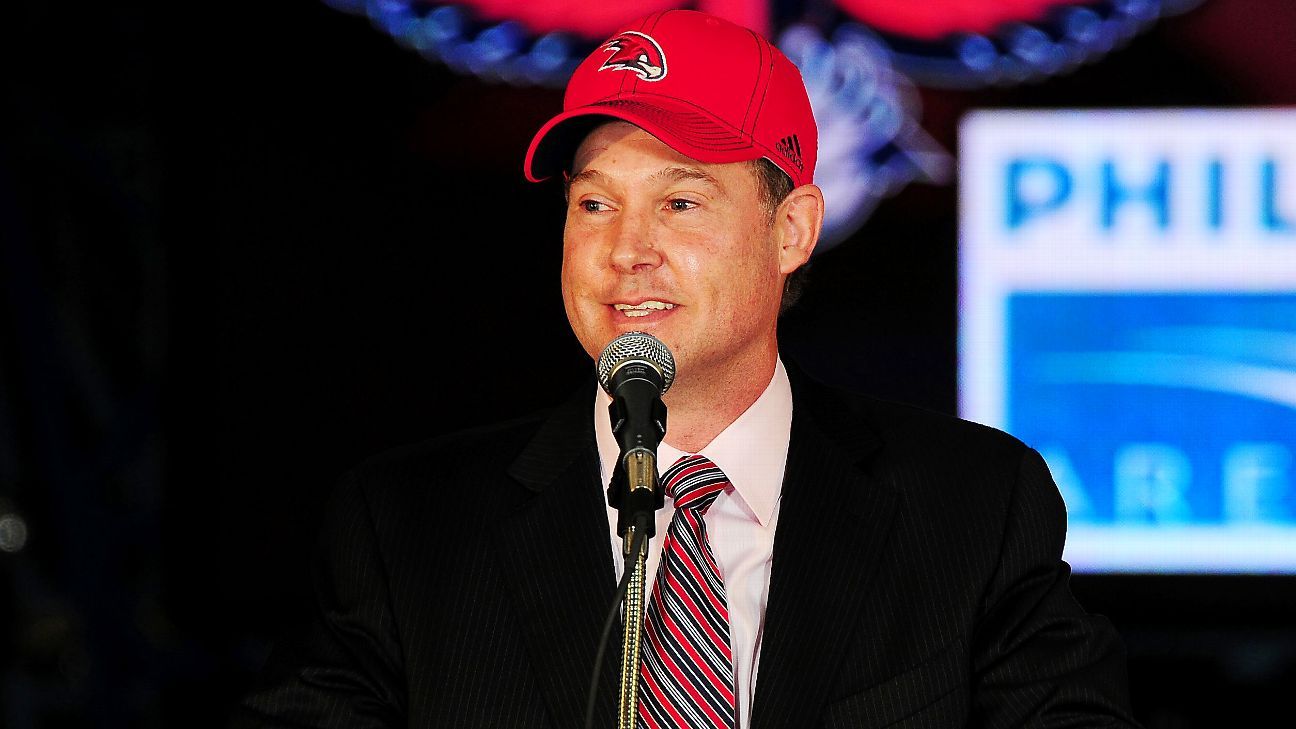 LAS VEGAS -- The Arizona Coyotes will have a new majority owner in Alex Meruelo, and NHL commissioner Gary Bettman hopes Meruelo can be the person to find a long-term arena solution and keep the team in Arizona.

Meruelo will take over for Andrew Barroway, who became the Coyotes' majority owner in 2014. Barroway will still keep a minority stake in the team. The transaction was unanimously approved by the NHL's Board of Governors at their meeting on Wednesday in Las Vegas, but the deal is expected to close sometime in July, according to Bettman.

"He's committed to trying to get a new arena in the right location, and making it work," Bettman said of Meruelo. "He's a person of substantial means and he's very good -- when you look at his career -- in turning around businesses and making them successful. So I think this is an extraordinarily positive step for the Coyotes and their fans in Arizona."

The NHL has a standard agreement that prevents new owners from applying for relocation for seven years after they take over. When asked if this applies to Meruelo, Bettman said: "Yes, for a period of time. But we also understand the importance of a new arena. Because Glendale is not viable long-term."

The Coyotes have played at Gila Arena in Glendale since 2003, but have been looking for a new home that is closer to their fan base for the past several years. The team's relationship with Glendale has long been fractured, and the Coyotes regularly finish close to last in NHL attendance.

"There's a hope that [Meruelo] can crack that code," NHL deputy commissioner Bill Daly said. "That's part of what made him an attractive potential owner."

Meruelo, 55, is the son of Cuban immigrants. He will become the NHL's only majority Latino owner. Meruelo has several business ventures that include real estate, construction and banks as well as TV and radio stations. He had previously put in a bid to buy the NBA's Atlanta Hawks, but was not successful.

In a statement, the Coyotes called the board's approval a "major milestone" for the franchise.

"As we move forward, our team will do everything we can to continue building the positive momentum and progress we have achieved on and off the ice," the team said in a statement. "We are determined to make this summer a success as we head into the 2019-20 season. We will keep Our Pack updated on further milestones in this process."

The NHL reiterated that it is optimistic that the team can stay in Arizona. The Coyotes will move from the Pacific Division to the Central Division when the league expands to 32 teams with the addition of Seattle.

"A combination of circumstances conspired against that club for a long time now," Daly said. "We've never seemed to hit it at the right time. We're hoping that the circumstances are better and obviously Mr. Meruelo comes in and -- I know he's motivated by the market -- makes it work."