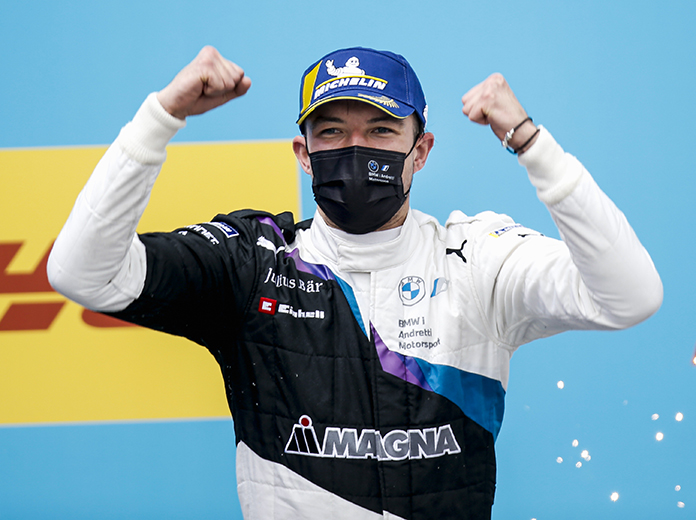 The 25-year-old led lights-to-flag – a tough task given the Circuit Ricardo Tormo’s high-speed nature and its energy management demands.

With the focus on managing usable energy, the majority of the 24 drivers looked to play the long game and make their progress during Attack Mode and towards the end of the encounter, where those who’d looked after their usable energy tried to make it count.

Dennis held fast and even managed a 1.5-second gap to runner-up Andre Lotterer to the checkered flag, while the Porsche driver broke his duck to notch his first podium, and maiden points, of season seven.

“I am lost for words,” said Dennis. “The whole race inside the cockpit was incredibly technical. Pulling a gap at the right point to get the Attack Mode was so crucial. Everyone in the team did a great job. I’m really happy for everybody. We had such a tough start to the season, but today we turned it around. We are back in it again.”

More in this category: « Golobic Guns It At Petaluma Spring Run Invasion Finale Goes To Thorson »
back to top