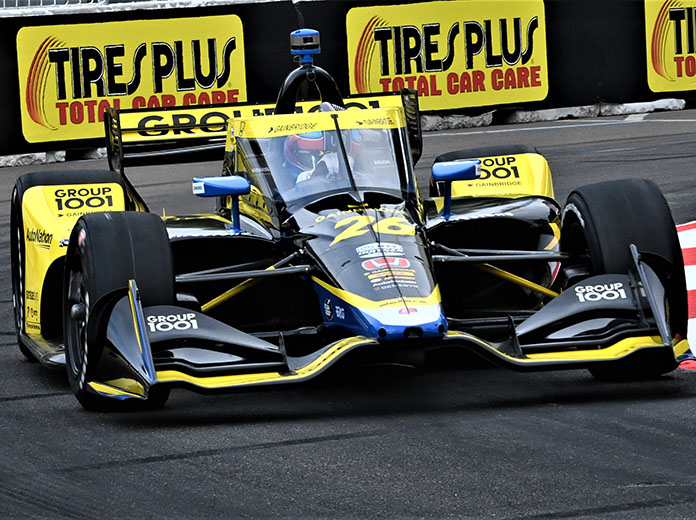 ST. PETERSBURG, Fla. – Some of the big names of the NTT IndyCar Series, combined with burgeoning young talent, zoomed to the top of the timing monitor during Sunday morning’s warmup session for the Firestone Grand Prix of St. Petersburg.

The two big winners of last year’s major titles were next in the 30-minute session. Takuma Sato, winner of the 105th Indianapolis 500, was second fastest with a lap at 1:00.6768. That was a tick faster than six-time and defending NTT IndyCar Series champion Scott Dixon, whose best lap was 1:00.8022.

Team Penske rookie Scott McLaughlin was fourth in the No. 3 Chevrolet at 1:008.8720 followed by last year’s IndyCar Series rookie of the year, Rinus VeeKay’s No. 21 Chevrolet. The young driver from The Netherlands ran a time at 1:00.9414.

Alex Palou, last week’s race winner at Barber Motorsports Park, was sixth at 1:01.0169 in the No. 10 NTT DATA Honda for Chip Ganassi Racing.

The NBC broadcast begins at 12 noon Eastern Time with the race set to begin at 12:42 p.m.

More in this category: « Malukas Conquers The Streets Of St. Petersburg Spring Run Invasion Finale Goes To Thorson »
back to top