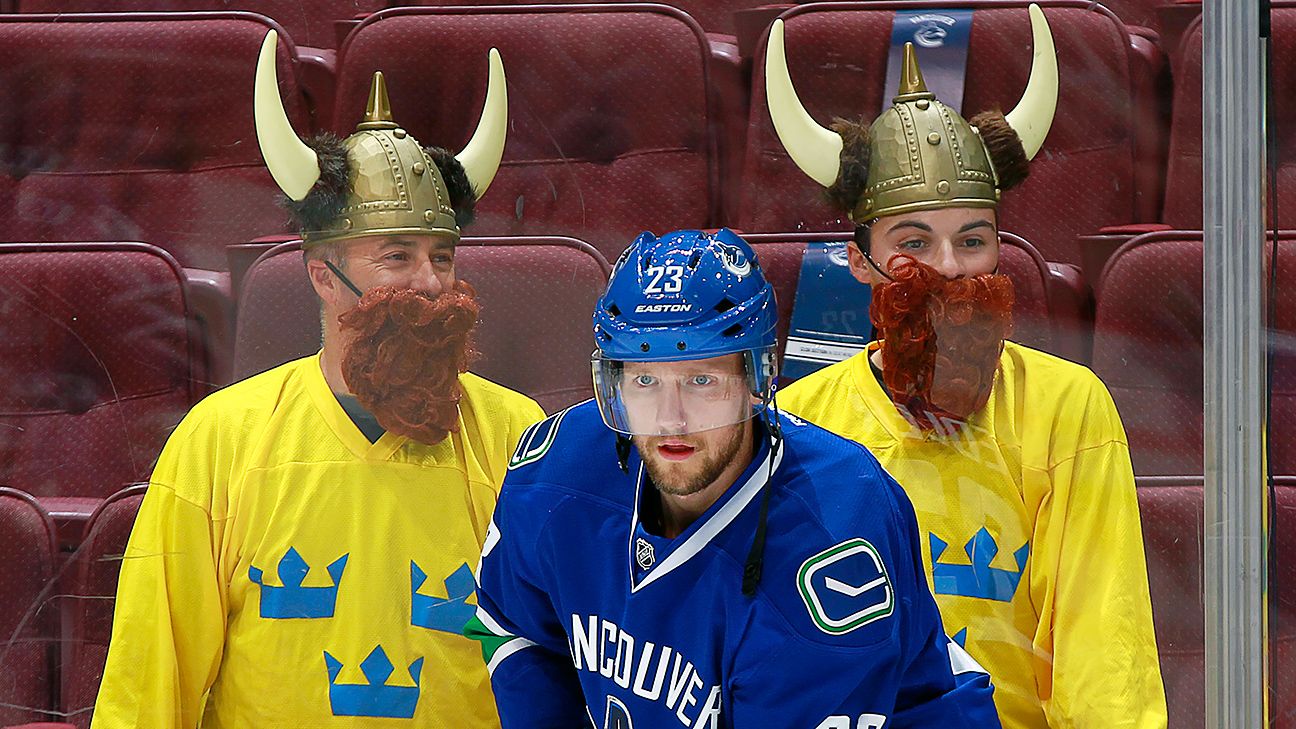 Edler, 33, could have become an unrestricted free agent next month. He has been a consistent presence on the blue line in Vancouver for his entire 13-year career.

"I've said from the beginning that if a deal was there with Vancouver, that was my number one priority," he said during a conference call. "You never know what's out there in free agency so I didn't think too much about that."

He is coming off a solid season with 10 goals and 24 assists. His season was limited to 56 games due to a February concussion that cost him over three weeks and coincided with the Canucks falling out of playoff contention.

"Alex is important to our team and has played as the cornerstone of our defence throughout his career," Benning said in a statement. "He's a leader with tremendous experience, plays important minutes and contributes to every part of our team game."

The Swede is coming off a six-year, $30 million contract with the Canucks. He has been a vital part of the team from the run to the Stanley Cup Final in 2010-11 to the current rebuild.

Asked if he would consider taking games off to preserve his health, Edler said: "I come into training camp in great shape every year and I certainly think my body can take 82 games," he said.

Still, Edler understands his role with the Canucks may evolve as younger defensemen like Quinn Hughes grow into stronger NHL players.

"I'm always going to try to be the best out there every game, the best that I can," he said. "If guys are better than me, they should play more. That's just how it works."