Wie, in tears after 84: 'Not entirely sure how much more I have left in me' 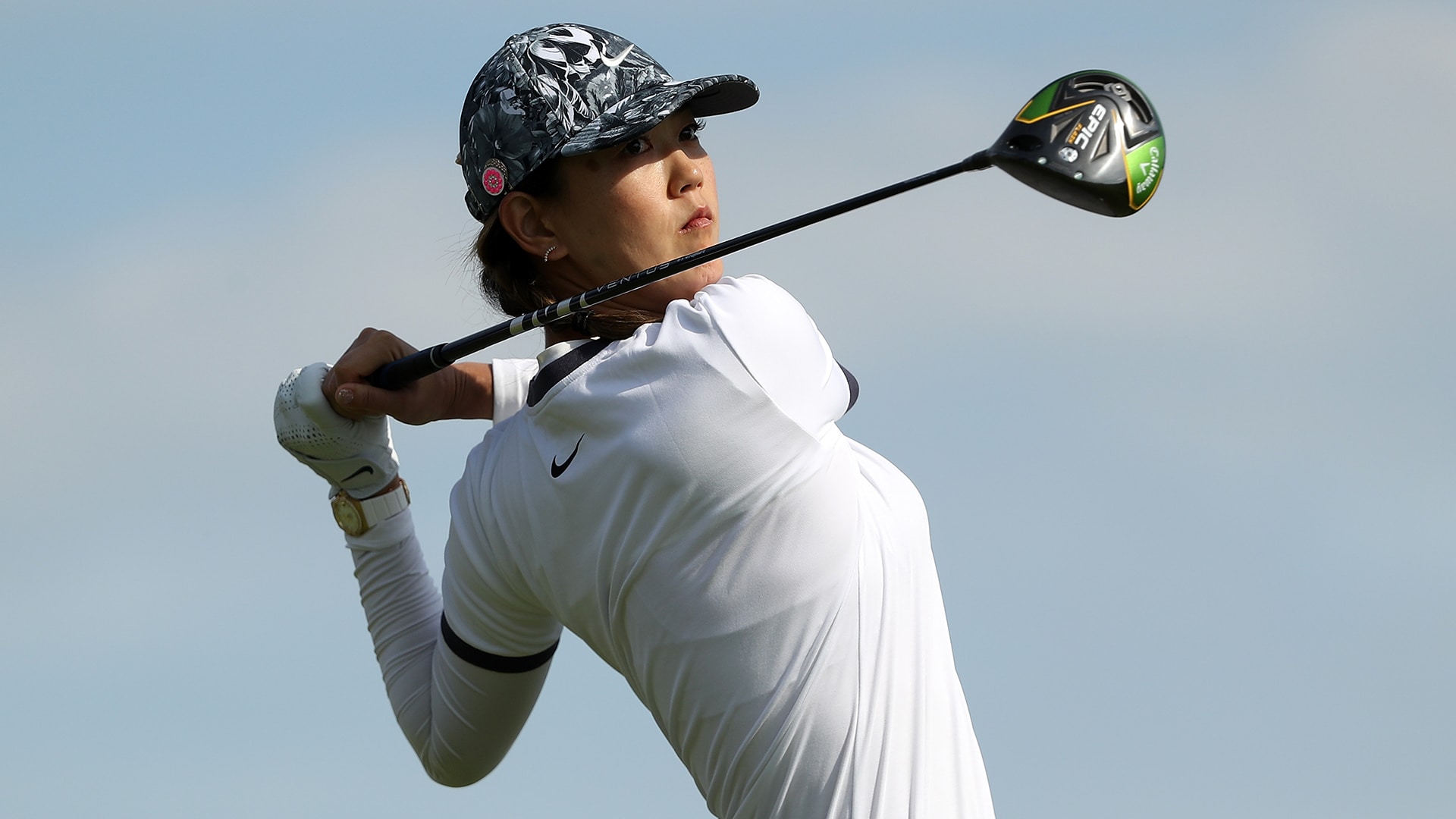 The day ended with her so choked up that she had to walk away from reporters on the front steps of the Hazeltine clubhouse, after shooting a 12-over-par 84 with an ice bag wrapped around her ailing right hand between most shots.

There was joy being back on the first tee after two months away trying to more fully heal from last fall’s surgery to repair an avulsion fracture, bone chips and nerve entrapment in her right hand and wrist. She tried to come back in the spring, ending that bid after four mostly pain-filled starts.

There were tears Thursday when she acknowledged she isn’t sure how much longer her career can continue.

“It was kind of a little foolish to think that I would shoot really well, just hitting golf balls last week,” Wie said. “It’s a tough golf course, but I’m really, really happy that I played. Just feeling a lot of joy, just being out there, and, you know, competing again. It’s going to take time, and I’ve just got to be patient, and, thankfully, I have all afternoon to get warm again and take care of my wrist.”

The tears came when her thoughts ran to her future.

“It’s hard,” she said. “It’s just one of those situations where I’m not, you know, I’m not entirely sure how much more I have left in me, so even on the bad days, I’m just, like, trying to take time to enjoy it. But it’s tough.”

Wie couldn’t continue after that, her words fading as she wiped her eyes.

The day began waywardly, with Wie’s first tee shot at the 10th hole hooking left into the rough and tree line. She gouged a shot on to the green, but she three putted for bogey. After hitting her next tee shot, she dug into an ice chest filled with player drinks and began icing her right hand as she walked to her ball. She used a rubber ice bag on her wrist through the round, while playing from Hazeltine’s deep rough too often. She also could be seen applying some sort of cream to her hand. She hit just six fairways and 10 greens. She made a quadruple-bogey 7 at the eighth, her 17th hole. There were two double bogeys, six bogeys and two birdies in the round.

Wie didn’t indicate that she planned to withdraw when meeting briefly with reporters.