A. Jutanugarn (70) drives into contention with seldom-used big stick 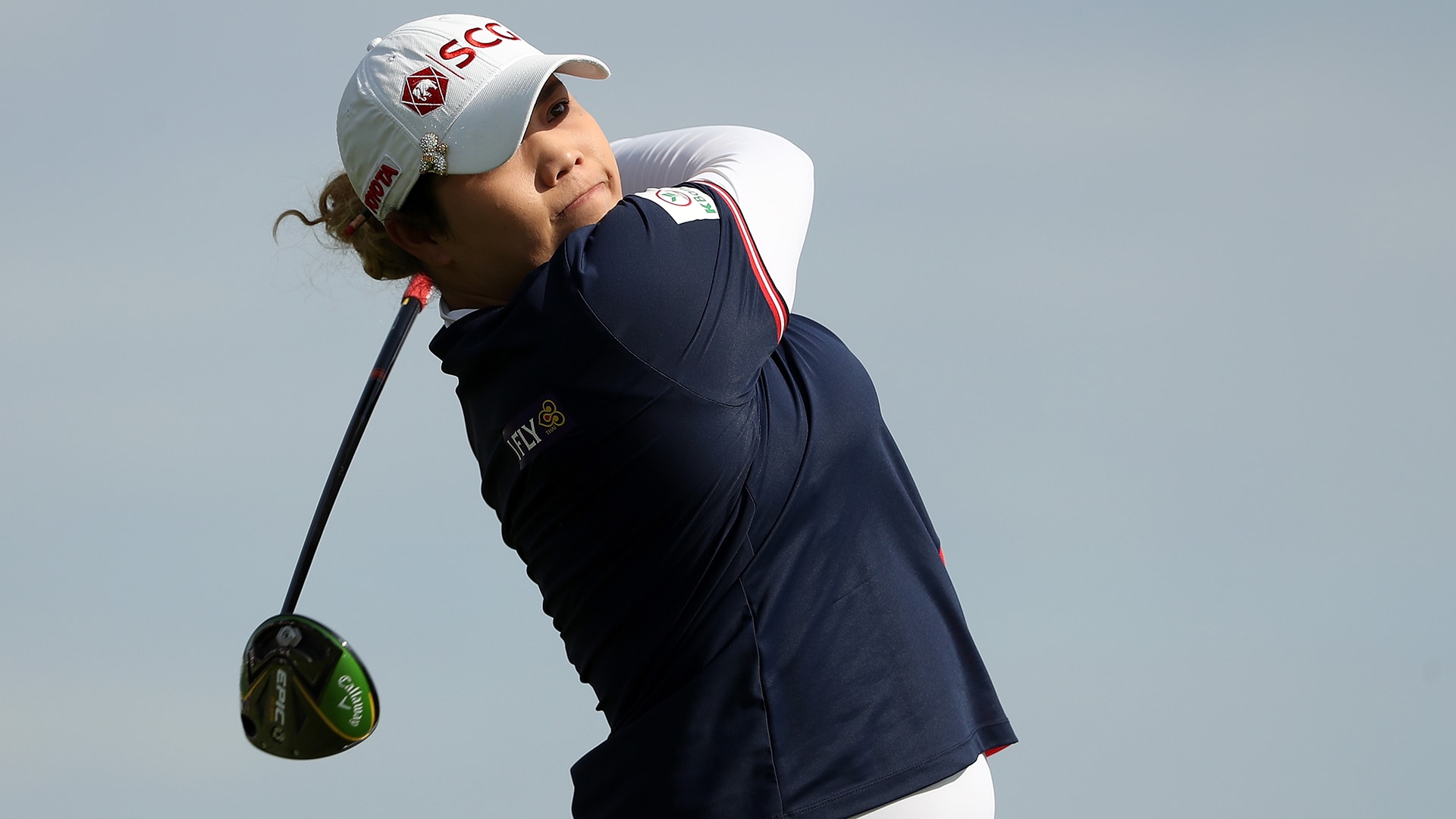 It’s lonesome because Jutanugarn so rarely puts it in her bag.

With Hazeltine National playing as the longest layout in the 65-year history of the Women’s PGA history, which was previously played as the LPGA Championship, Jutanugarn wanted her driver to help her reach the course’s long par 5s.

Actually, Jutanugarn said it could have been better. She used driver at two of the par 5s, the 566-yard third hole and the 555-yard 11th hole. She made par at the third, bogeyed the 11th.

“Fairways are too narrow for me,” Jutanugarn said.

That didn’t stop Jutanugarn from climbing into contention with a 2-under-par 70, which left her two shots off the lead. She swept the LPGA’s most important awards last year, winning Rolex Player of the Year, the Vare Trophy for low scoring average, the Race to the CME Globe and the money title. She is however, seeking her first title in almost 11 months.