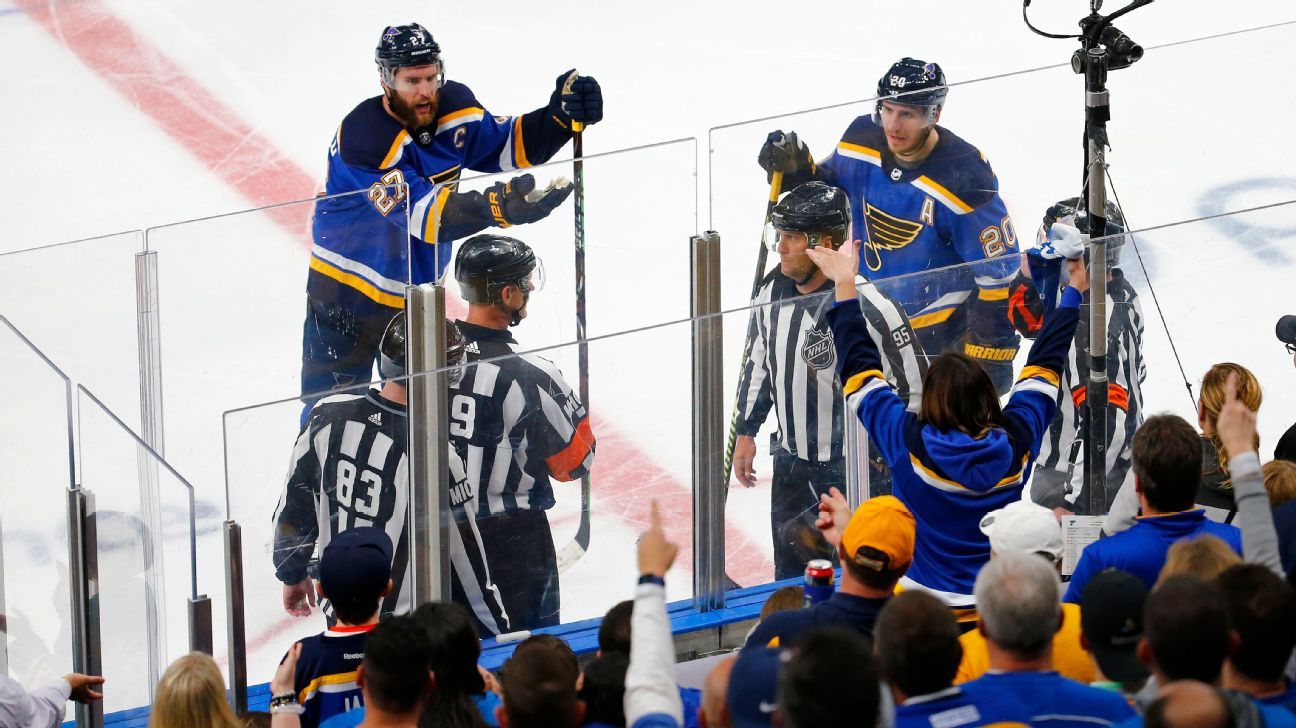 "We view this as evolutionary. We don't want it to be perceived as an overreaction," NHL commissioner Gary Bettman said. "The increased use of video replay is something we've considered and discussed over time, and at this point and time we think it was the appropriate response to what we were seeing, coupled with our ability to do it."

That said, there are clear links from this "evolution" of the coach's challenge and video review to the controversial missed calls from the 2019 playoffs.

Referees who call major or match penalties -- not including those handed out for fights -- will now be required to use video review to either confirm the call or reduce the penalty to a two-minute minor if it's clear there was a mistake made on the severity of the penalty. They can consult any other on-ice official, but not the NHL's situation room.

"The referee is going to review the call using advanced technology, and has the discretion to confirm the call, hopefully in most cases, or reduce the call to a minor penalty. He will not have the discretion to eliminate or rescind the penalty," deputy commissioner Bill Daly said.

This rule change would cover plays like the controversial major penalty handed to Cody Eakin of the Vegas Golden Knights in their Game 7 loss to the San Jose Sharks, during the playoffs' opening round. The Sharks, down 3-0, rallied with four goals on the subsequent five-minute major penalty and eventually won the game in overtime. The NHL apologized to the Golden Knights for the incorrect call, and the officials who worked the game did not again appear in the postseason.

The NHL is also empowering its referees to review double-minor penalties for high-sticking, in which one teammate's stick hits another teammate or a player's own stick strikes him in the head, or "friendly fire" situations as Bettman termed them. These reviews will not be required, but rather will be discretionary. As with the major penalty reviews, there will be no consultation with the NHL situation room.

In addition to interference on the goaltender and offside calls preceding goals scored, NHL coaches can now challenge plays in the offensive zone that should have resulted in play being stopped before a goal was scored.

That includes "black or white" plays like the missed hand pass that helped the Sharks win Game 3 of the Western Conference finals in overtime, and the puck that bounced off the netting that resulted in a Columbus Blue Jackets goal in the Eastern Conference semifinals. It would also cover plays like the puck being hit with a teammate's high stick before a goal.

There are no time limitations on these challenges, and there's no mandate that a team must maintain possession of the puck during the missed call. The only restriction is that the puck must remain in the attacking zone through the missed stoppage and the goal being scored.

Bettman was clear that this new category of coach's challenge would not cover "missed penalties," such as the uncalled trip by St. Louis Blues forward Tyler Bozak on Boston's Noel Acciari in Game 5 of the Stanley Cup Final that led to a critical goal for the Blues.

"We're not prepared to go there in terms of the game right now. That would be something that wouldn't be terribly productive and would be terribly disruptive," Bettman said.

"We don't want lots and lots of challenges. We don't want to disrupt the flow of the game," Bettman said. "We only want challenges where it's crystal clear that an egregious mistake has been made."

In other NHL rules changes approved by the league's general managers, after being suggested by the NHL's competition committee:

Helmets: Subject to further consultation with the NHL Players' Association on precise language, a player on the ice whose helmet comes off during play must (a) exit the playing surface, or (b) retrieve and replace his helmet properly on his head (with or without his chin strap fastened). A player who is making a play on the puck or who is in position to make an immediate play on the puck at the time his helmet comes off, shall be given a reasonable opportunity to complete the play before either exiting the ice or retrieving and replacing his helmet. Failure to comply with the above will result in a minor penalty being assessed on the offending player. A player who intentionally removes an opponent's helmet during play shall be assessed a minor penalty for roughing.

Awarded goal: If the goalpost is deliberately displaced by a goalkeeper during the course of a "breakaway," a goal will be awarded to the nonoffending team.

Bettman said there was a discussion about changing the puck-over-the-glass rule that currently leads to a delay of game penalty, but said that inconsistency of camera coverage from arena to arena makes it difficult to tweak it.