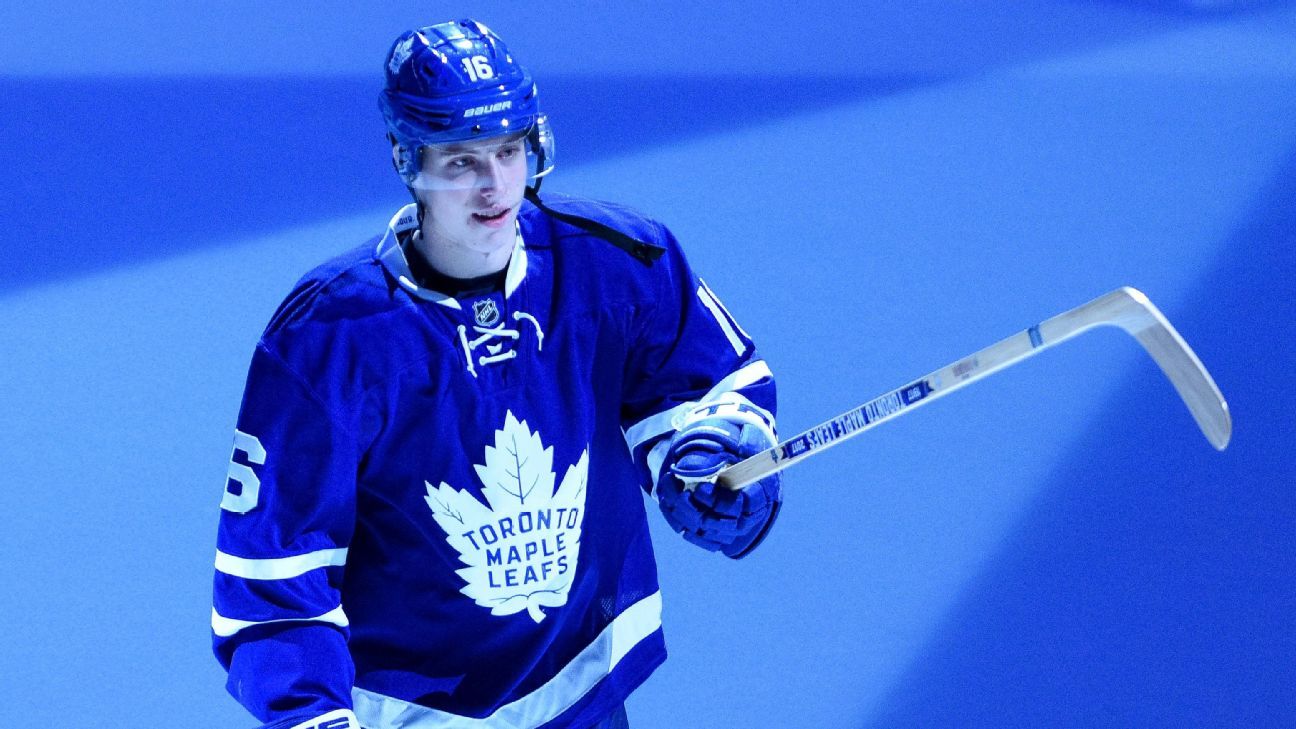 Marner, who led the team with 94 points last season, is one of three RFAs whom Dubas is negotiating with, along with forwards Kasperi Kapanen and Andreas Johnsson.

"I think we're at the point where we can speak openly about it. It's not just one guy, it's a number of them," Dubas said after the NHL's general managers meeting in Vancouver on Thursday. "If there were an offer sheet, we would look at what they are, what the compensation is for our team, and make the decision based off of that. They're all very important players for us. It's our intention they're all here for as long as we can possibly keep them."

Teams that successfully sign restricted free agents via an offer sheet must compensate the player's former team. For example, if Marner was to agree to a contract that paid him north of $10,568,590 annually, the team that signs him would owe the Leafs four first-round draft picks as compensation.

"If the dollar amount doesn't make sense in terms of our internal economics and the marketplace, and the compensation is such, it's going to be a decision as to what we're going to do," said Dubas.

This is a different tact than the one Dubas took in December, when he told Sportsnet that the Leafs were positioned to match any offer sheet that came their way.

"Our salary cap situation is set up that we could defend any of those threats with no worry at all," he said at the time. "I know that they've become a huge topic of late, but I spend zero percent of my time having any worry about that. If a team wants to go down that path with us, that's the way it goes."

Whether it's a negotiating ploy or the reality of the Leafs' salary structure -- as Toronto currently has $7.79 million open for next season -- Dubas isn't sounding as gung-ho about their ability to match an offer sheet for a player like Marner.

"I don't think there's any fear in addressing it. If it happens, it happens," he said. "It's been clear to all that it's going to be where they're at. Where they fit in our internal economics. We'll see. I hope it never comes to that. But I also don't think it benefits to shy away from the fact that it may happen."

Marner, 22, has come under criticism from some Leafs fans for reportedly seeking a salary in the neighborhood of that of 21-year-old Toronto star center Auston Matthews, who signed a five-year contract extension worth $11.634 million annually earlier this year.

Dubas defended Marner's reputation, in the face of accusations of avarice.

"He loves hockey. Loves playing in Toronto. I get that these matters become complex because of the number of dollars that are in play. People hear them, whether they're factual or not, and draw certain conclusions about players and what their motivations are," Dubas said. "But when it comes to Mitch Marner, I think anybody that's being negative about him is way off."

In other Leafs news, Dubas said that the Leafs are trying to "accommodate" 39-year-old center Patrick Marleau, who has one more year left on his contract at $6.25 million against the salary cap. Marleau's family recently moved back to the San Jose area, where he spent the first 19 years of his career, and Marleau put his Toronto home up for sale.

"All that said, if Patrick Marleau were back with the Toronto Maple Leafs at the beginning of next year, that wouldn't be a problem for Patrick," Dubas said. "There's a strong chance he'll be back next season."