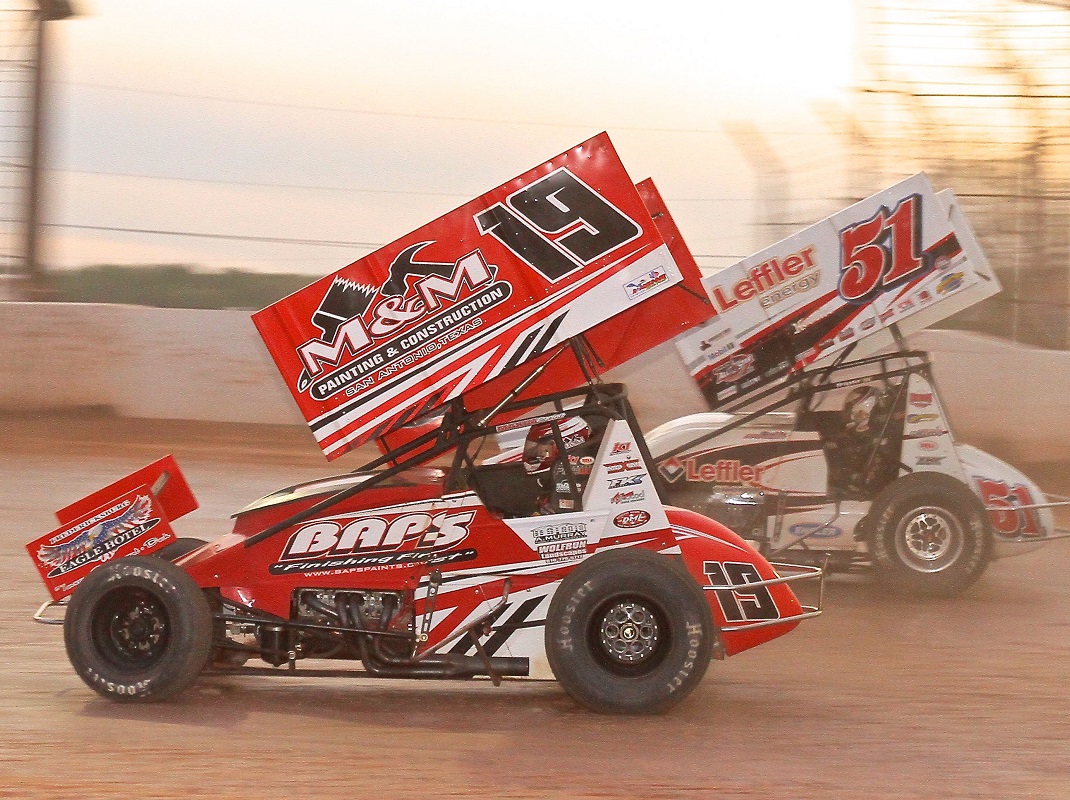 YORK HAVEN, Pa. – Brent Marks knew leaving CJB Motorsports to bring back his family-owned operation in the dead heat of race season would be a challenge, needing to cram months of work into a short time in order to be ready.

But he knew home was where he belonged, and that familiarity cashed in again for Marks, who won the Kevin Gobrecht Classic Sunday evening at BAPS Motor Speedway for his second victory in four races in his family-owned No. 19.

Marks overtook Danny Dietrich on a restart with two laps to go in a move that turned out to be an audible. For most of the 30-lap feature, Marks used the bottom on restarts to generate big runs onto the back stretch.

However, before the race’s final restart, Marks knew that might not be an option.

“Danny’s crew chief pointed to him to go down on the restart,” Marks said. “I was like, ‘I got to change it up now.’”

Dietrich, in fact, went low, perhaps conscious about a slide job or a big run from Marks on the bottom. That left Marks hanging it out wide to find a window. The decisive run around the top side materialized and so did race-winning comfort.

Marks shot around Dietrich, who led laps seven through 28, and beat him back to the line by .745 seconds for the $5,200 payday.

In four races in his family-owned operation, Marks has finished 19th, first, second and first.

He won his second night out last Sunday at Selinsgrove Speedway and nearly toppled Anthony Macri on Saturday at Port Royal Speedway.

“This car is working really good right now,” Marks said. “Very happy with the way things are going. We just have to keep our head down and keep working, and just get better.”

Front runners came and went as the night pressed on. Tim Shaffer set overall quick time with a lap of 16.566 seconds but mechanical issues in his heat race forced him to scratch. Ryan Smith led the first six laps, then eventually finished fourth as Dietrich took control.

Dietrich looked primed for his first win, and only win of the season, since March 13 at Lincoln Speedway. He pounded the top and commanded each restart.

Marks did challenge Dietrich before a lap-10 caution for Brandon Rahmer, but a false-start on Marks’ part sent him back a row on the ensuing restart.

“I was like, ‘Man, now I got to try to pass Macri and Freddie [Rahmer] back,’” Marks said. “Those guys are really good as it is.”

Marks got back to third with 11 laps to go and then regained second before a caution for debris with eight laps left.

Dietrich had it won until fourth-running Devon Borden, a full-time competitor with the Lucas Oil American Sprint Car Series, broke to stage the fun finish and Marks’ first 410 win at the four-tenths-mile clay oval.

“Just fortunate enough we had a really good car and I was able to back around those guys, and capitalize on the last restart there to get by Danny,” Marks said. “Things went our way tonight.”

“It was a great race,” Marks added. “Glad to finally get a win at BAPS. I’ve been trying for a while.”

Macri finished third, while Dylan Norris, driving a Kevin Gobrecht throwback No. 92 wrap from 1995, charged to fifth from 19th.

Rahmer, meanwhile, got caught up in a late-race incident and was scored 16th.

More in this category: « Bickle Cements Legacy With Shear Classic Victory Two More For Dotson During California IMCA Speedweek »
back to top