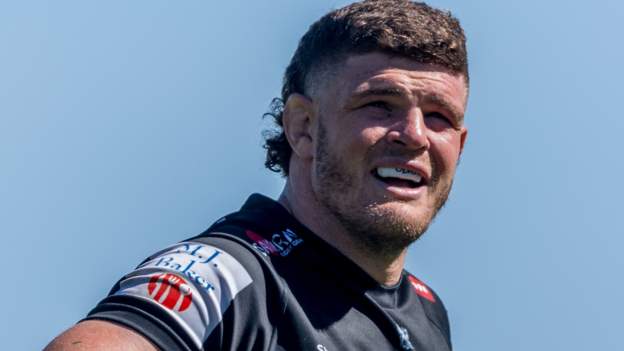 Influential Exeter flanker Dave Ewers could miss the play-offs after being cited for a dangerous tackle on Sale full-back Simon Hammersley on Saturday.

If found guilty Ewers could receive a ban that would end his season.

Scotland second-row Skinner was dismissed 13 minutes into the second half when his shoulder made contact with Faf de Klerk's head - referee Dickson felt there was no mitigation for Skinner's tackle while he felt Hammersley had been spinning after a prior tackle before Ewers made contact.

Both will players appear before an independent disciplinary panel on Tuesday with the offences carrying a six-week ban as a starting point if found guilty.