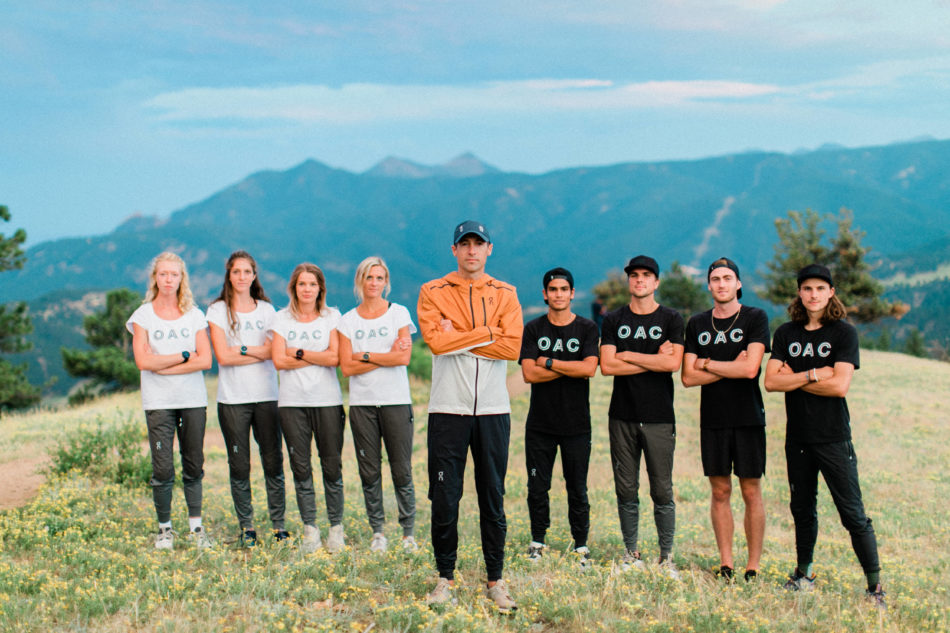 Group led by former 5000m US record-holder Dathan Ritzenhein aiming for big things, almost one year on from their formation


Boulder, Colorado is the base from which eight elite athletes are aiming to qualify for Tokyo under the guidance of a three-time Olympian and as part of one of the newest training groups in the sport.

Joe Klecker, Alicia Monson, Leah Falland (O’Connor), Emily Oren, Alicja Konieczek, Carlos Villarreal, Oliver Hoare and George Beamish are being put through their paces by Dathan Ritzenhein, a man with a substantial track and road running pedigree. But the accolades of the team members are impressive, too.

Klecker is a seven-time all-American and twice NCAA runner-up in cross country; Monson is a NCAA indoor 5000m champion and Millrose Games champion; Falland (O’Connor) is a two-time NCAA champion for the indoor mile and 3000m steeplechase; Oren has nine NCAA national titles; Konieczek ran for Poland at Doha 2019; Villarreal became the first U23 Mexican to run a mile in under four minutes; Hoare is a 1500m NCAA champion and Beamish is a three-time NCAA cross country team champion.

The team is sponsored by On, the fastest growing running brand in the US, founded by former Swiss athlete Olivier Bernhard in 2010. It is almost a year since the establishment of On Athletics Club and Ritzenhein, who recently retired from running at the age of 37 and trained under four different coaches throughout his collegiate and professional career, have thrived in his coaching role.

“When I retired a year ago and was approached to be the Head Coach of the On Athletics Club, I didn’t really know much about it as a company. The person who hired me, Steve Dekoker, I’d known previously from the running industry and we were friends,” he tells AW.

“They wanted to start this team in the middle of the pandemic and it was a big leap of faith but I went for it after an interview with Olivier [Bernhard] and I knew it was something they were ready to throw behind this team.”

“I did an interview, talked to some of the athletes and I could tell there was going to be something good. We moved from Michigan and came to Boulder. Everybody came in and we had a group of eight and we just knew that it would be something good. It’s a young company, I mean we’re only 10 years old, but we’re the fastest growing running company in the world over these past few years. We want to inspire some young people out there.”

With four out of the eight competing for spots in the upcoming US Olympic trials, Ritzenhein is confident his team can get even better, due to the location of their training base.

“For training camps it’s one thing to go to a much higher elevation or down to sea level but in Boulder almost all of our team gets the benefits with altitude and they can run pretty fast. Where if you go too high, above let’s say 5200 to 5400 feet, it’s hard to do quality intervals at a pace which is easily adaptable for your race pace,” he says.

“I find that in Boulder you can get close without having to take drastic rests, so combining that with the fact that our team get about 80% of all the other changes to their blood chemistry that you get at altitude, it makes it an ideal place. We have gone to sea level and we can go to 10,000 feet and you also see so many other professional teams here racing and training. The DNA of Boulder is to be inspired, train hard and that’s why we put the headquarters here.”

You can watch episode one here, and episode two here.

If it wasn’t for the pandemic, Ritzenhein and his athletes would have had two years to prepare for the World Championships in Oregon next summer but the opportunity of Tokyo presents a real test of progress within a short space of time.

The pressure is on…