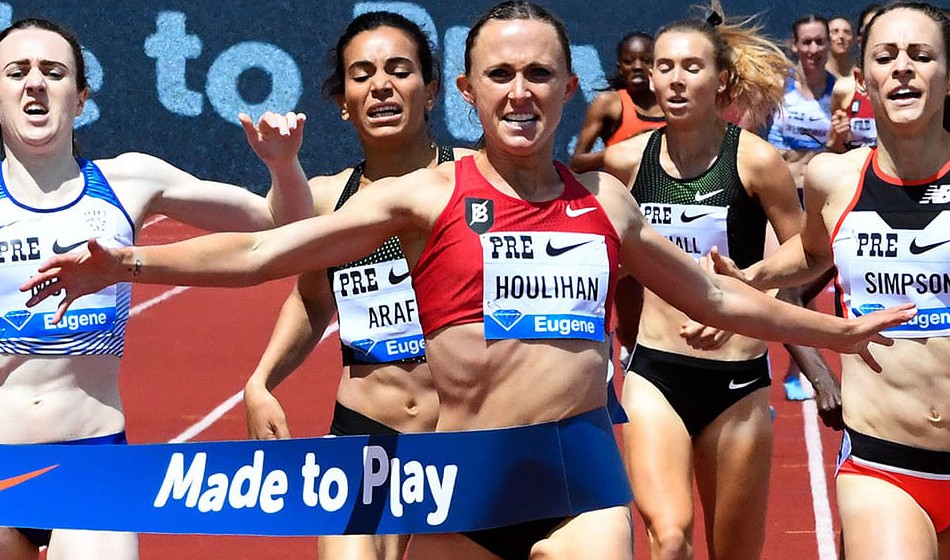 Shelby Houlihan will miss the Tokyo and Paris Olympics after being given a four-year ban for testing positive for the steroid nandrolone, which she claims she ingested from a pork burrito.

The suspension has not been confirmed by anti-doping authorities but Houlihan broke the news to the media on Monday (June 14) just days before the US Olympic Team Trials for Tokyo are due to begin.

Houlihan’s American records of 3:54.99 for 1500m set in 2019 and 14:23.92 for 5000m from 2020 made her one of the gold medal contenders for those distances at the Tokyo Games. But she has not raced this year and instead been fighting to prove her innocence behind the scenes.

The 28-year-old claims the positive test came in December from a sample taken about 10 hours after eating the burrito. Since then she has taken a lie detector test and produced evidence such as the receipt for the burrito but she says her appeal has failed.

Both Houlihan and her coach Jerry Schumacher from the Nike Bowerman Track Club say they had never heard of nandrolone and the athlete said: “I want to be very clear. I have never taken any performance enhancing substances.

“I have since learned that it has long been understood by WADA (World Anti-Doping Agency) that eating pork can lead to a false positive for nandrolone, since certain types of pigs produce it naturally in high amounts. Pig organ meat has the highest levels of nandrolone.

“In the following five days after being notified, I put together a food log of everything that I consumed the week of that December 15 test.

“We concluded that the most likely explanation was a burrito purchased and consumed approximately 10 hours before that drug test from an authentic Mexican food truck that serves pig offal near my house in Beaverton, Oregon. I notified the AIU (Athletics Integrity Unit) that I believed this was the source.”

She added: “I did everything I could to prove my innocence. I passed a polygraph test. I had my hair sampled by one of the world’s foremost toxicologists.

“WADA agreed that test proved that there was no build up of this substance in my body, which there would have been if I were taking it regularly.”

Nandrolone positives in athletics have a long and controversial history. At the turn of the millennium a spate of athletes tested positive for the substance. They included sprinters Linford Christie and Marion Jones and shot putter CJ Hunter. British athletics was particularly hit with nandrolone positives with a number of high-profile cases and there were much-disputed links with contaminated supplements at the time.

Houlihan’s lawyer Paul Greene said: “Pig organ meat is one of the sources for nandrolone. Ten hours before would have been perfect in terms of the timing of the level that was in Shelby’s system (5 ng/mL), which was an extremely low level.”

Coach Schumacher has come out strongly in the defence of his athlete too and claims Houlihan tested positve for “an exceedingly small amount of a substance which is known from WADA’s own studies to be present in certain types of pork”, adding: “I do not understand how any competent or unbiased body could fail to conclude that Shelby was innocent.”

Schumacher continued: “It’s now my understanding that friendly fire casualties in the war on doping are acceptable and we should all be outraged by that.

“What we are witnessing here is a great tragedy in the history of American distance running. Not only is Shelby an exceptionally talented athlete, but she has also developed her talent through hard work and discipline. She is as tough as nails. She is an exceptional team-mate. She loves to compete. She just might be the best 1500m runner in the world this year but we will never get the opportunity to find out and that is a tragedy.”