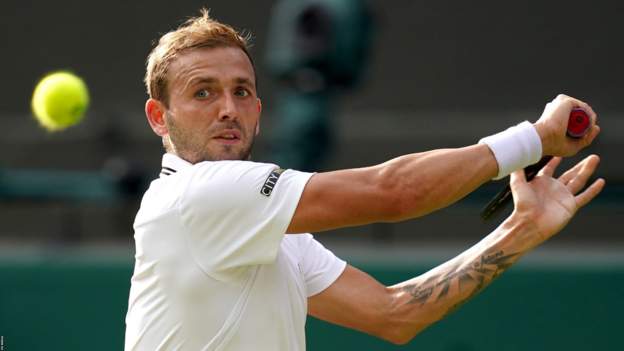 British number one Dan Evans has pulled out of the Tokyo Olympic Games after testing positive for Covid-19.

Evans, 31, said he was "hugely disappointed" and is currently self-isolating according to government guidelines.

On Tuesday, Britain's top female player Johanna Konta also withdrew from this summer's Olympics as a result of contracting coronavirus.

The Games takes place from 23 July until 8 August.

Evans, who is ranked 28th in the world, said he was unable to prepare properly and get ready for what would have been his maiden Olympics in Tokyo.

He posted on Instagram: "I want to wish the entire GB team all the very best for the games and look forward to being back on the court in the near future."

At the start of the month Evans' bid to reach the last 16 of Wimbledon for the first time was ended by American prodigy Sebastian Korda in the third round.

As well as the men's singles event at the Olympics, Evans was due to play in the men's doubles for Team GB with Neal Skupski.

Meanwhile Konta was aiming to compete in her second summer Games after making her debut for Great Britain at Rio 2016.

The 30-year-old was forced to pull out of Wimbledon before it started when a member of her team tested positive for Covid and she had to isolate.

Team GB is not able to name a replacement for Konta as no other British players are ranked highly enough to qualify, so her withdrawal deprives Heather Watson of a doubles partner.

Andy Murray, who won gold medals at London 2012 and Rio 2016, will feature in the men's singles event, plus the men's doubles with Joe Salisbury.