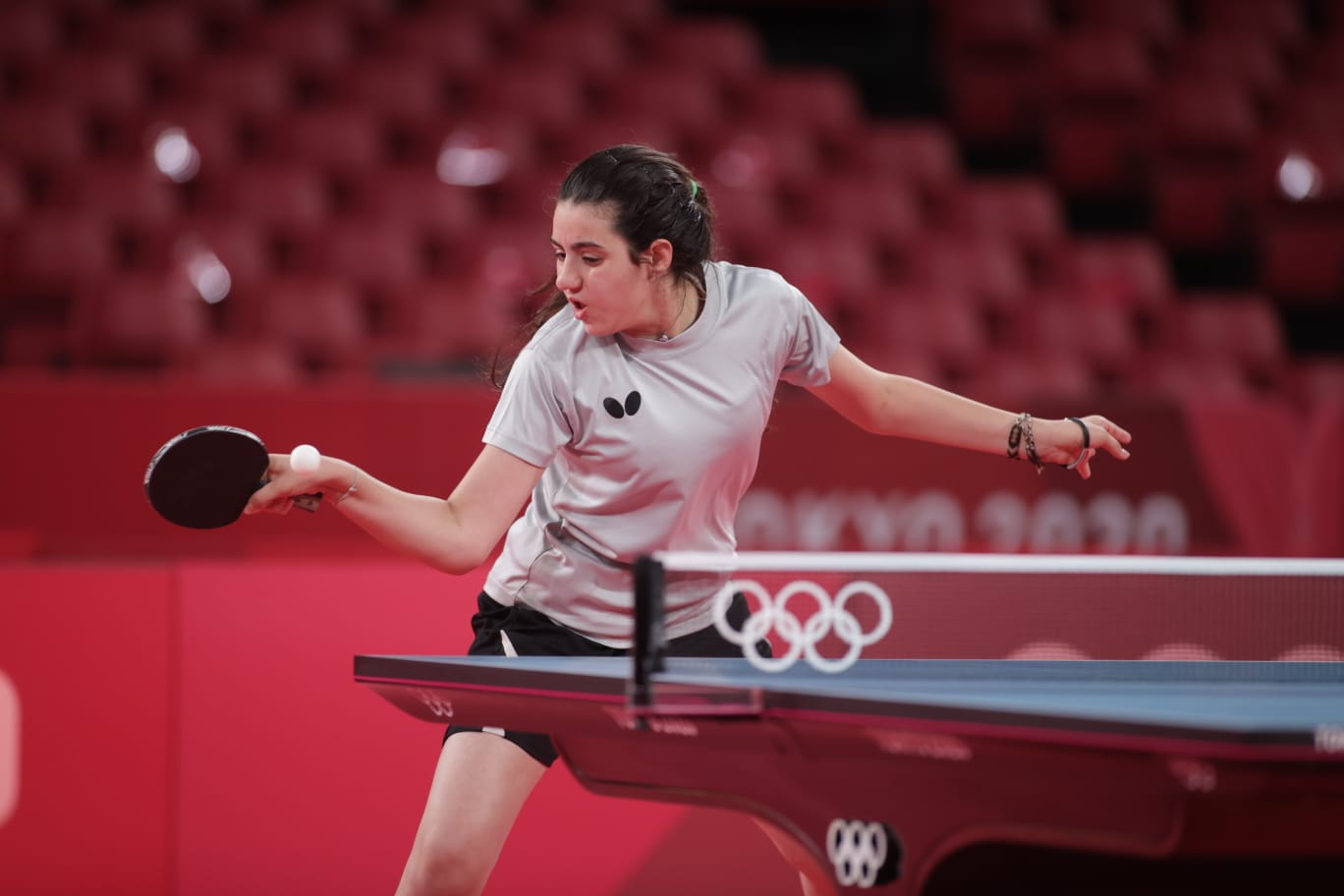 History was made at the Table Tennis competition on Saturday when Syria’s 12-year-old Hend Zaza became the youngest Olympian in any sport since 1968 by competing in the Women’s Singles preliminary round for the first time.

Not since the 1968 Winter Olympics when 11-year-old Beatrice Hustiu competed in figure skating, has the Games welcomed another youngster. Zaza inked her place in the record books when she qualified for the Tokyo Games by winning the West Asia qualifiers in Amman, Jordan at 11 years old and 56 days old last year.

Despite the early exit via a 4-0 defeat to Austrian veteran Liu Jia in 24 minutes, Zaza, who was her country’s flag bearer, is confident of making her return to the Games again as a more accomplished player.

“This is my first Olympics and I’ll work harder for a better result the next time. It’s a good lesson for me. I was hoping for a winning match, a better play but she (Liu) was a tough opponent and it was a good lesson for me,” said Zaza of her 39-year-old rival, who is also a mother to a 10-year-old daughter.

Whilst Zaza’s Olympics hopes might have ended early, the youngster from the war-torn country has already shown the world her maturity beyond her years. It was a different battle the 12-year-old has fought to punch her ticket to the Tokyo 2020 Olympic Games.

“For the last five years, I went through so many challenges especially with the war happening in the country, the postponement and the funding for the Olympics. It was very tough, but I had to fight for it. I wanted to fight for my dream, train hard and overcome all difficulties so that I can reach my goal,” said Zaza, who picked up table tennis at the age of five under the influence of her brother.

It may be another three years before Zaza gets another shot at Olympics glory in Paris, but for now, she has already gained invaluable life lessons through her favourite sport, which she also regards as part of her life.

“Table tennis has given me everything and taught me to be a strong human being, a confident one. I’ve learnt to be more patient and confident too and become an outstanding human being.

“Ping pong is my life. Apart from my studies, I spend all my time playing it I hope to become either a world or Olympics champion one day,” said Zaza.

The table tennis competition at the Tokyo 2020 Olympic Games will take place from July 24 to August 6 at the Tokyo Metropolitan Gymnasium with five gold medals at stake in the Men’s Singles, Women’s Singles, Men’s Team, Women’s Team and Mixed Doubles.