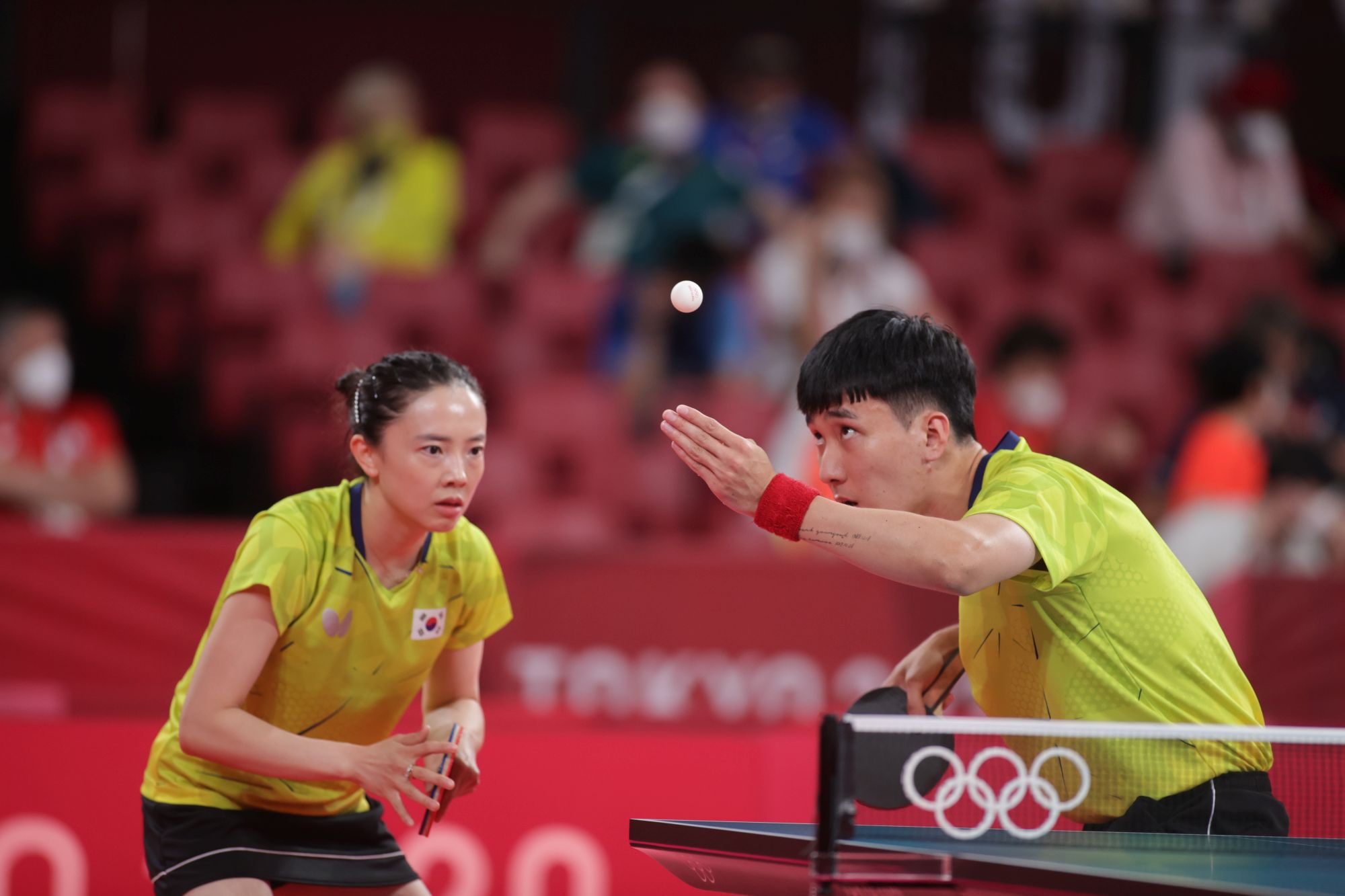 An intriguing day of table tennis competition at the Mixed Doubles event awaits as Japan’s Mima Ito and Mizutani Jun take on Germany’s Patrick Franziska and Petrissa Solja in the quarter-final at 1100 (local time).

The second seed Japanese are gunning for that historic gold medal on home soil and a win over the Germans, who are seeded seventh, will set up a semi-final date with either Chinese Taipei or Republic of Korea, who clash in the other quarter-final.

Top seed China, represented by Xu Xin and Liu Shiwen take on the Romanian duo of Ovidiu Ionescu and Bernadette Szocs where a victory will see them take on the winner of France versus Hong Kong, China encounter in the semi-final which is scheduled at 2000 in the evening.

Portugal’s Shao Jieni, who survived an early scare in the first round of Women’s Singles, will come head-to-head with Singapore’s Yu Mengyu next. Shao will be looking for that same self-belief to edge out another victory over the Singaporean. She had battled back from three games down to prevail over Sweden’s Christina Kaellberg in her opening round.

Much will be expected from Korea Republic’s Shin Yubin as the 17-year-old takes on Luxemburg’s Ni Xia Lian, who at 58, is the oldest Olympian table tennis player at the Tokyo Games. The 17-year-old is touted as the next generation of table tennis stars to emerge and underlined her credentials with a comfortable 4-0 (11-7, 11-8, 11-1, 12-10) victory over Guyana’s Chelsea Edghill.

Thailand’s Orawan Paranang will be back in action against Hana Matelova of the Czech Republic after she steamrolled past Melanie Diaz in just 27 minutes to win her opening round encounter against the Puerto Rican.

The 23-year-old Royal Thai Army sergeant from Ubon Ratchathani won her first game 13-11 before comfortably dispatching Diaz 11-6, 11-8 and 11-7 in the next three games to advance.

The table tennis competition at the Tokyo 2020 Olympic Games takes place from July 24 to August 6 at the Tokyo Metropolitan Gymnasium with five gold medals at stake in the Men’s Singles, Women’s Singles, Men’s Team, Women’s Team and Mixed Doubles.