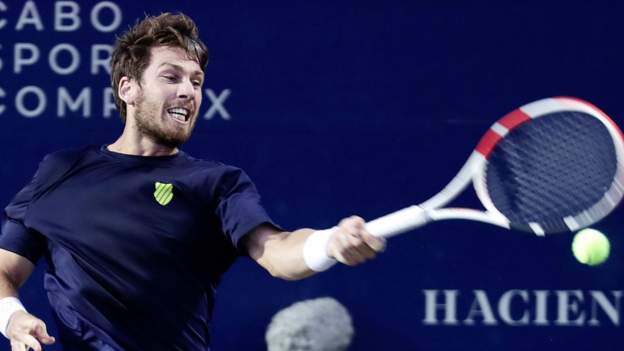 British number two Cameron Norrie will be aiming to win his first ATP title after beating Taylor Fritz to reach the final of the Los Cabos Open in Mexico.

Top seed Norrie, 25, eased to a 6-3 6-1 last-four win over American Fritz to reach his fourth final of the year.

He will play 19-year-old American Brandon Nakashima as both try to claim a maiden ATP title.

"I think it would be nice to go one step further, but I'm happy with the level I'm playing," said Norrie.

"I'm happy with the way I've approached the week, especially the first week on the hard courts."

Nakashima beat compatriot and second seed John Isner 7-5 6-4 to secure his place in the final.