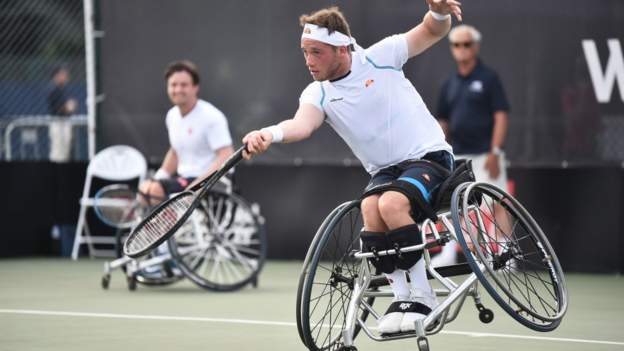 The British duo dominated both sets before sealing their victory.

"It's good to get this title in our last tournament before heading to Tokyo for the Paralympics," said Reid.

The Dutch top seeds were relatively untroubled on their way to a 6-2 6-1 victory for back-to-back titles in Nottingham.

There was also disappointment for Antony Cotterill and Andy Lapthorne in the final of the quad doubles against top seeds Sam Schroder and Niels Vink.

Having lost the first set 6-3, the British pair rallied to go 3-1 up in the second before the Dutchmen reeled off five games on the spin.