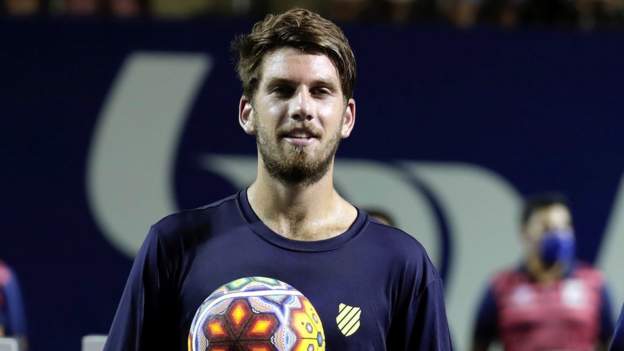 Britain's Cameron Norrie claimed his first ATP singles title with a 6-2 6-2 victory over Brandon Nakashima in the final of the Los Cabos Open in Mexico.

Norrie, playing in his fifth ATP final and fourth this year, controlled the match against American Nakashima, 19, as he won in one hour and 23 minutes.

The 25-year-old left-hander also won the tournament without dropping a set.

"I want to thank my team. We've been chasing this title for four years now so finally got it done," said Norrie.

"We know how much it means to us and couldn't be more happy. We've had to struggle this year to get it."

Norrie chose to miss the Olympics to concentrate on the ATP Tour and will rise to 12th in the annual rankings on Monday.