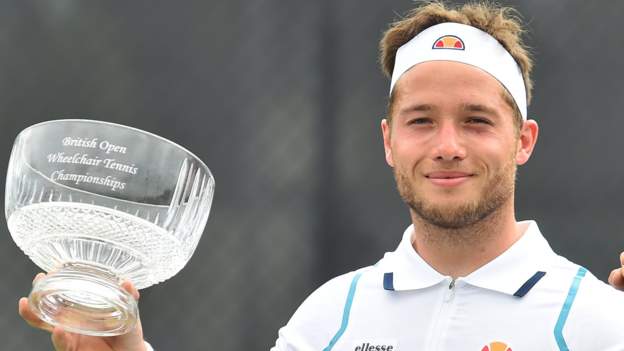 Hewett swept to a 6-2 6-3 win against Japan's world number one Kunieda, who is widely regarded as the greatest men's wheelchair player of all time.

World number two Hewett is the first British male to win the singles in Nottingham.

De Groot, who has already won the first three Grand Slams of the 2021, was in complete control during the first set.

But the second went with serve until a Whiley double fault gave the Dutch player her third wheelchair singles title at the championship.